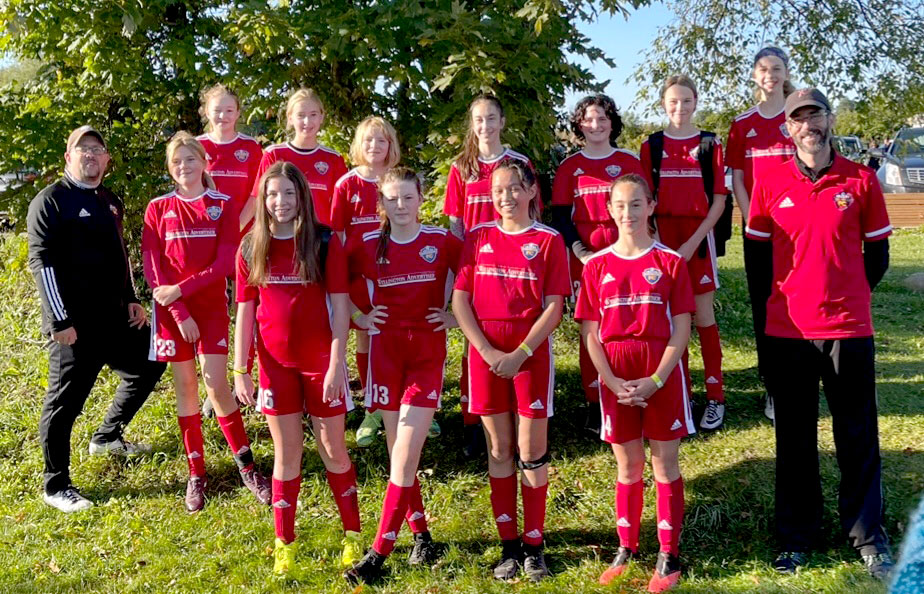 Elite team – The Rockwood FC Girls U-13 Elite soccer team saw their first competitive action since September 2019, due to COVID restrictions. The team played in the U13/U14 Girls division in the South West District Soccer League. On Sept. 25 and 26, the team capped off their successful season by participating in the HEADS Up Cup tournament in Hillsburgh.

The team’s past two seasons of training have been a hybrid of indoor, outdoor and virtual sessions under the guidance of Rockwood FC technical director Aaron “Azza” Kerr and supported by team coaches Mark Attridge and Pierre Paquette. All the players have remained dedicated to the program, throughout the difficult environment that COVID has presented.

The team is now looking ahead to their Under-14 season which starts in October 2021. Club tryouts are currently under way. New talent is welcome.

Coach Attridge said, “We are very impressed and proud of the players with all they have accomplished. They have worked very hard and have set themselves on a trajectory for success.”