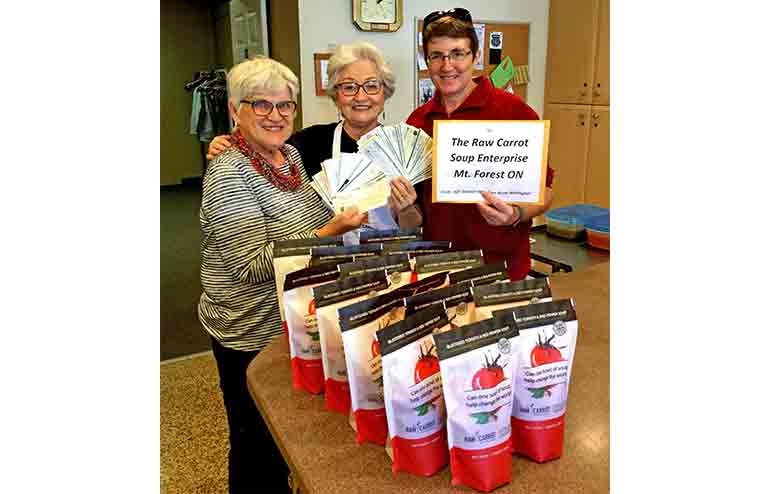 ARTHUR – In September, the 100 Women Who Care Rural Wellington (100 WWCRW) charter met in Arthur for the group’s one year anniversary.

In one hour, the group determined the winning charity to be the Raw Carrot Soup Enterprise, which received a $10,000 donation.

Though three charities were reviewed, the winner was determined by a ballot vote.

The Raw Carrot Soup Enterprise will have the opportunity to speak at the group’s next meeting to express their thanks and explain how the donation was used.

The next meeting of 100 WWCRW is Dec. 16 from 7 to 8pm (doors open at 6pm) at the Lighthouse Restaurant next door to the Grand River Racetrack/Casino, 7445 Wellington Road 24, Elora.

There will be a special treat as there will door prizes.

The group extends an invitation to enjoy some pre-Christmas fun and offer a reminder that new members are always welcome.

Come and see how to make a big impact in rural Wellington.

The 100 Women Who Care Rural Wellington chapter was formed in September 2018.

Meeting are held four times a year in various locations around Wellington County as 100 compassionate women get together.

All members are encouraged to make at least one nomination of a registered charity of their choice to be considered (by random draw and vote) to be gifted with $10,000 or more.

To find out more visit  www.100wwcrw.com