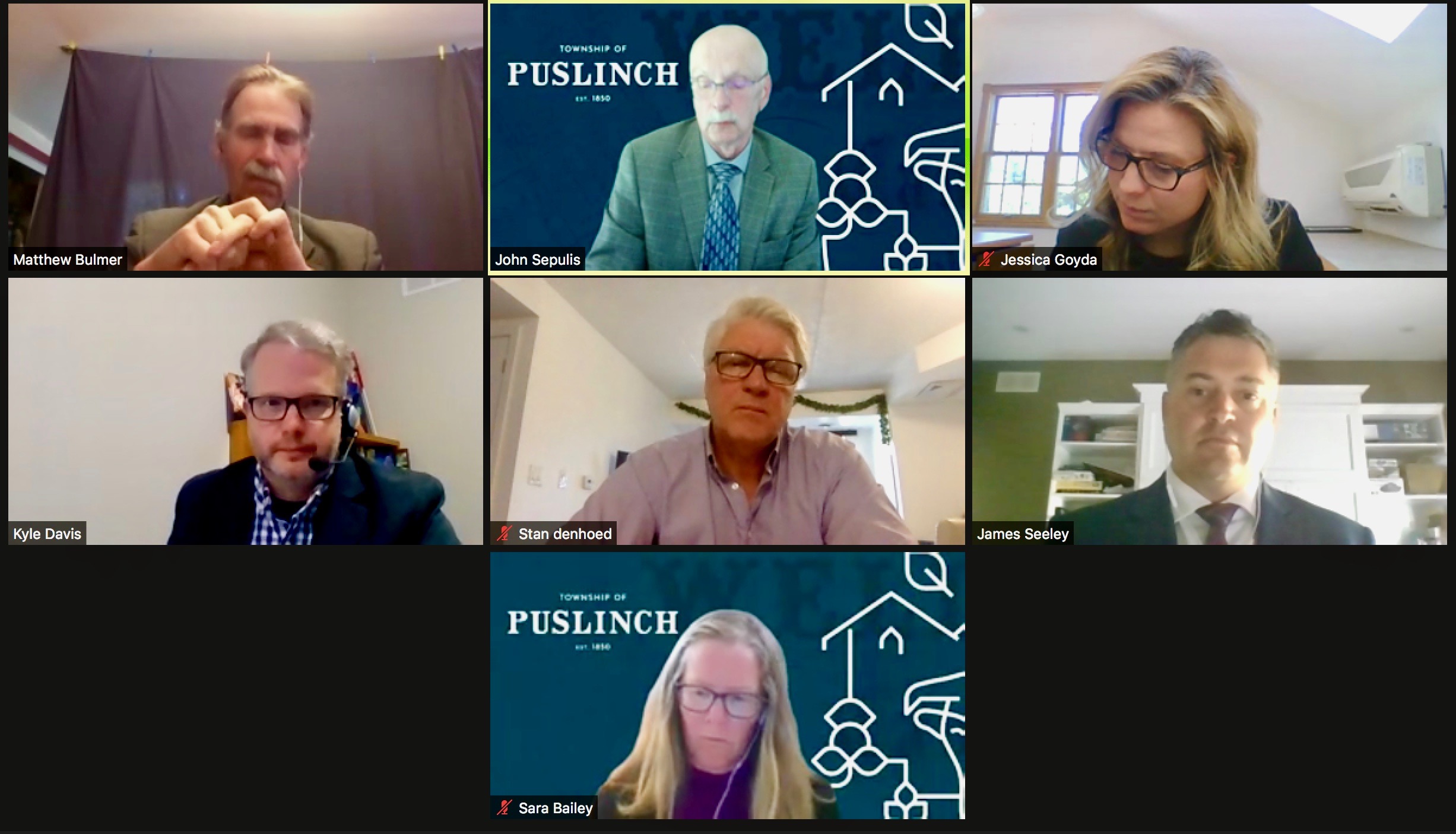 PUSLINCH – Council here is asking the province to limit BlueTriton’s water taking permit renewal in Aberfoyle to five years and is recommending the permit include limitations during droughts as well as mandatory annual reports.

But officials with BlueTriton (formerly Nestle Waters), which is seeking a 10-year renewal, say those added requirements are not necessary because data shows the company’s current extraction operations are sustainable.

On June 16, Puslinch council discussed comments it will be submitting to the Ministry of Environment, Conservation and Parks (MECP) about renewal  of the company’s permit to take water (PTTW) at its well in Aberfoyle.

However, since the BlueTriton renewal does not include an expansion of water taking – the existing permit is for a maximum of 3.6 million litres of water per day – no council resolution is required and the ministry is under no obligation to follow municipal comments.

Davis suggested council again recommend a five-year term due to the growth of the township and changing conditions in the area.

Stan Denhoed, who presented a report from Harden Environmental Services, agreed a five-year renewal would be beneficial “because things change.”

“The City of Guelph is growing; the City of Cambridge is growing. We constantly have this pressure from outside the township on groundwater resources,” he said.

Davis’ report notes that the well protection committee provided by BlueTriton to the township is not explicitly referenced in permit conditions.

The township also is not required to receive a copy of the annual report from BlueTriton as part of the permit. In the past, Nestle Waters voluntarily provided these to the township.

Council decided to recommend the annual report become a mandatory part of the permit, while the well protection committee would remain voluntary.

“[The well protection committee is] a goodwill agreement between the two parties, and I don’t want to take away that opportunity from the owner to demonstrate their willingness to work on a goodwill basis with their host community,” said councillor Matthew Bulmer.

“My preference would be to keep it outside of the permit conditions going forward.”

Also discussed during the meeting to include in submitted comments was the reduction of water takings in accordance with the Grand River low water response team declarations of level one, two or three droughts.

Davis said it would be beneficial to start having the ministry consider whether or not to add low water response conditions to all water taking permits in the area.

“Ultimately the ministry would need to decide if this makes sense on a site-by-site basis,” Davis said.

“For the reduction to be meaningful, it needs to be set on a different threshold than maximum permit takings.

“Most water takers never reach the threshold of their maximum permit taking.”

Bulmer agreed with the  site-by-site approach.

“As we know from reading numerous monitoring reports from all sorts of different water takings, the geology changes, the situation changes,” he said.

“Site by site is appropriate. To just automatically say that what’s happening in Erin is what’s needed in Aberfoyle, may not be the right approach.”

Bulmer continued, “We need to start somewhere, and I think having a technical team work with the ministry to come up with an appropriate low water response for this particular site-specific situation is more than appropriate.”

Councillor John Sepulis said it is important to decide on a baseline level of how much the water taking needs to be reduced by under drought conditions.

“Both Kyle and Stan have suggested three months of water taking prior to the low drought condition,” Sepulis said.

Davis’ report showed staff agrees with a Harden Environmental recommendation that certain conditions should limit water takings based on the previous three-months of water taking, rather than the maximum taken per day.

A 2017 interim guideline for water bottling permits from the MECP required a 10 per cent reduction in taking based on the previous three months taking for all permits. This has since been rescinded.

Sepulis suggested perhaps something more meaningful would be looking at what the water taking levels had been over the previous three years in that particular month.

“In other words, May, April and March would have different requirements for taking groundwater out for water bottling purposes,” Sepulis said.

“Under natural conditions, we expect that Aberfoyle Creek to be a gaining stream,” Denhoed said.

“That means that as you go downstream in the creek, you expect that flow increases … In 2020, Aberfoyle Creek was not a gaining stream for seven months of the year.”

Denhoed noted annual reports from Nestle Waters and BlueTriton show there is a connection between deep water taking and the creek.

“When this new permit gets issued, there should be conditions that limit water taking by BlueTriton under certain conditions,” said Denhoed.

“An obvious condition would be when the low flow declaration is made.”

“These human factors are going to be detrimental … for potentially all water permits in the area,” Seeley said.

“I support that we have to have concern for the creek, but we need to take some control over that dam so we can maintain those flows.”

BlueTriton provided a report of its own responding to the findings in the Harden Environmental report.

Company officials say the comments from Harden Environmental do not raise any causes for concern regarding the impacts of the company pumping from its Aberfoyle well.

The report states that it is “unprofessional practice” to recommend that conditions be added to the renewal of the permit of just one water taker in the Puslinch area.

The company stated the sustainability of water resources in the Aberfoyle area is of critical concern, noting evidence from the 2020 monitoring data confirm BlueTriton water takings are sustainable.

The report also states that “the science does not support the need to regulate water bottlers any differently than other takers.”

BlueTriton added, “We do not see any evidence that the pumping has any effect on the flow in Aberfoyle Creek.”

There is no basis for the Harden Environmental recommendation that limits on water taking during drought and low-flow conditions be added to the permit, the company added.