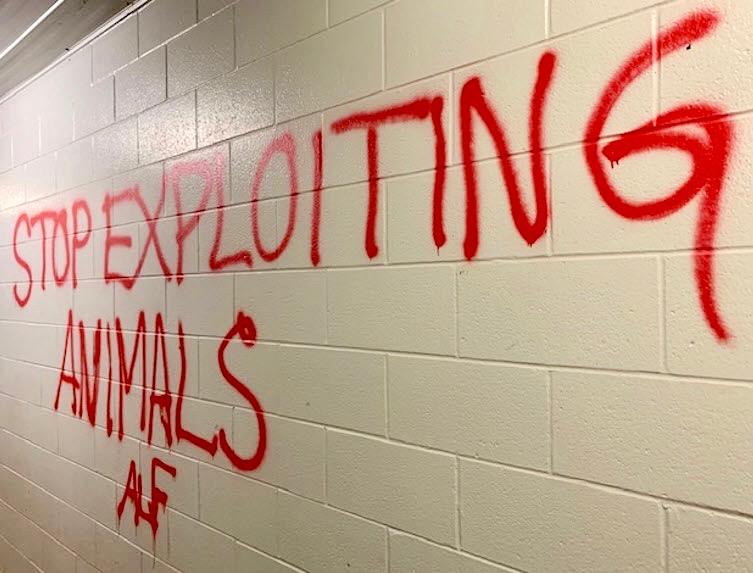 Police say the University of Guelph facility in Puslinch Township was vandalized on April 27 or 28. Submitted photo

PUSLINCH – Police are looking for help to identify the person(s) responsible for defacing walls and a tractor at the University of Guelph’s Swine Research Site here.

Wellington OPP officials say they responded to the property, located on Arkell Road in Puslinch Township, on April 29 at about 8:30am.

Police say that sometime between April 27 at 3pm and April 28 at 6:30am, someone entered the facility and spray-painted graffiti on walls and on a tractor parked outside the facility.

“The graffiti consisted of profanity and slogans in support of animal rights,” stated the OPP press release.

“A suspect vehicle was captured on surveillance footage at the University of Guelph, where a similar incident occurred during the same period of time.” 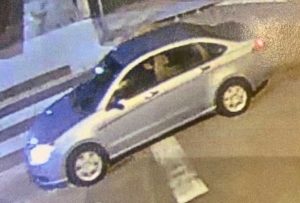 One wall was spray painted with the words “stop exploiting animals” and what appears to be the letters “ALF” below.

The acronym is one often used by the Animal Liberation Front, an international underground organization known for breaking the law and costing breeders/producers thousands of dollars to advance its agenda of freeing animals.

However, it is not clear if the organization has taken blame for this incident.

Anyone with information regarding this incident can contact the Wellington County OPP at 1-888-310-1122. To remain anonymous, call Crime Stoppers at 1-800-222-8477 (TIPS) or submit a tip online at www.csgw.tips. Tip providers may be eligible for a reward from Crime Stoppers of up to $2,000.