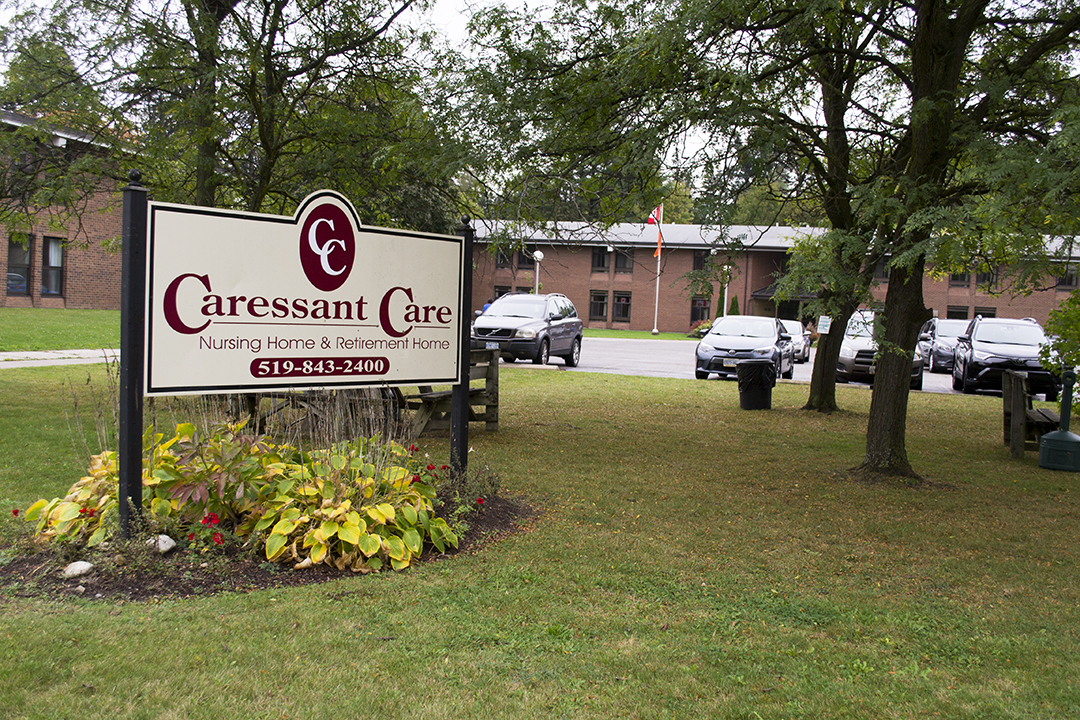 FERGUS – A COVID-19 outbreak at Caressant Care Fergus has been declared over.

The declaration was announced as part of a May 6 institutional outbreak update by Wellington-Dufferin-Guelph Public Health (WDGPH).

The Fergus long-term care home was not included on the list for the first time since an outbreak was declared at the facility on April 14. One resident had tested positive at the home.

Also declared over as part of the May 6 update is an outbreak at Stone Lodge in Guelph, which also had one case in a resident.

Other Wellington County facilities currently with an outbreak are Royal Terrace Long-Term and Residential Care in Palmerston (one resident) and Strathcona Long-Term Care in Mount Forest (one staff).

In Wellington County there are 51 cases, 32 resolved cases and two deaths.