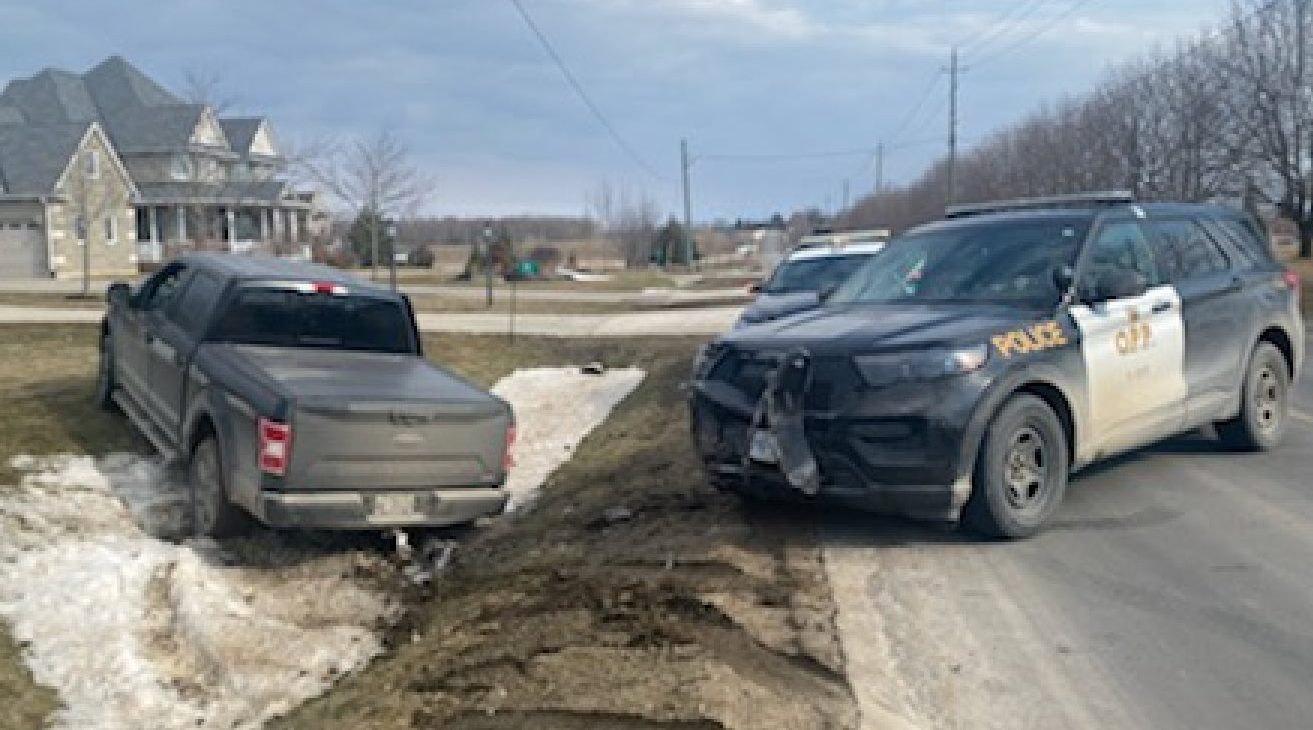 A Chatham man has been charged after a stolen vehicle struck a police cruiser on March 24 in Maryhill. Submitted photo

At about 10:45am police located the vehicle on St. Charles Street East in Maryhill in Woolwich Township.

“When police attempted to stop the vehicle, the driver drove around a tire deflation device and struck a marked OPP cruiser. No one was injured,” police stated in a press release.

He was to appear in Guelph court at a later date.