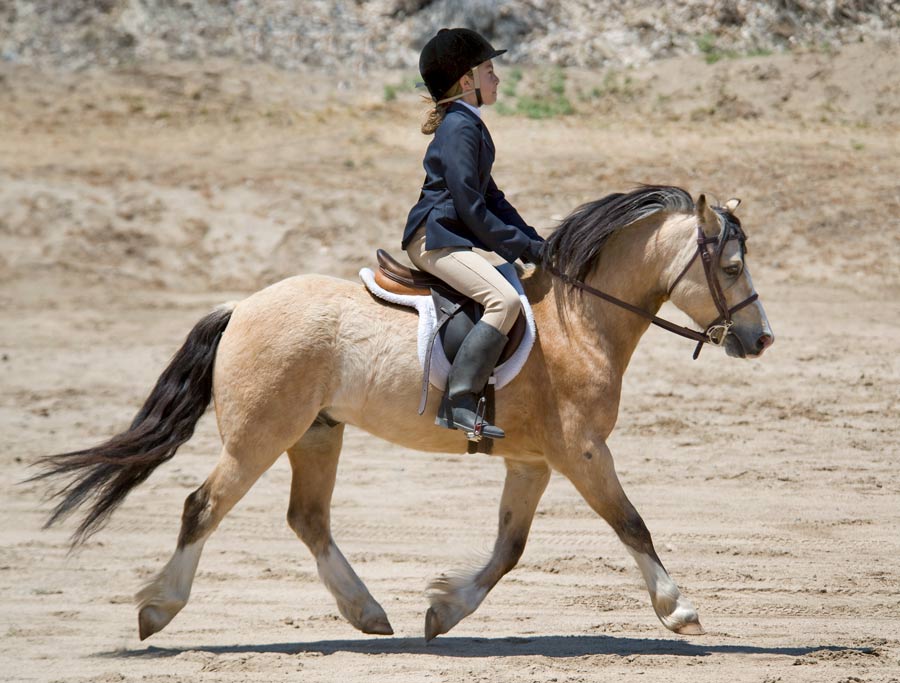 GUELPH – In 2015, Lara Genik and Dr. C. Meghan McMurtry from the University of Guelph’s Department of Psychology conducted a survey at the Royal Agricultural Winter Fair, looking into the prevalence and impact of less studied painful incidents among children while handling and riding horses.

“There hasn’t been much work conducted about less serious incidents,” said Genik.

“When I looked at the literature that did exist, I found that it has primarily focused on serious injuries that led to hospitalization.

“For example – we don’t know much about how often less serious incidents are occurring, when or where they are occurring, and what the impact is on youth and their parents.”

Genik’s research survey set out to understand common painful incidents associated with riding and to gain insight that could potentially lead to intervention through safety and educational programming.

With the help of Equine Guelph and their EquiMania! youth display, data was collected at the Royal Agricultural Winter Fair in Toronto.

There were 120 children aged 8 to 18 (who participated in riding at least once per week) and a parent completed brief questionnaires about their riding habits including helmet use, supervision, painful incidents that have occurred and their impact.

A startling result indicated that 75 per cent of the children surveyed had experienced at least one type of painful incident more than once, yet only 7.3% said they had modified their behavior (eg. keeping fingers away from the horse’s mouth after having been bitten).

“We were quite surprised that these incidents had little impact on children’s behavior around horses,” said Genik.

“This implies that the incidents may continue to occur even if they could be prevented – and we know from recent work that many incidents around horses may actually be preventable.”

Responses from parents and children were quite consistent and revealed regular and consistent helmet use and supervision were more commonly endorsed when riding horses compared to handling them on the ground.

There were just a few responses that differed; specifically, parents believed children’s helmet use occurred more frequently when handling horses on the ground compared to their children’s reports.

The same was true for the answers regarding supervision when working around horses from the ground.

When incidents did occur, it was mainly parents and coaches who addressed them.

Therefore, a proactive suggestion would be for both coaches and parents to have current first aid training and knowledge about concussions. The study also identified many benefits associated with riding, which Genik identified with, having been involved with horses since a young age herself.

“It is a fantastic sport and there has been many positive changes in regards to safety around horses over recent years,” said Genik.

“But we still need to do more.

“Specifically, we think there would be value in learning more about how and what is happening when these incidents occur – this could allow us to more specifically inform, develop and implement targeted interventions to relevant stakeholders.”

Genik hopes future research into the relatively unknown prevalence of minor incidents around horses will help parents and riding coaches supervise and educate children in proactive ways, as well as work through incidents and talk about prevention strategies.

The development of problem-solving skills was one of the benefits of riding, according to survey participants.

“This is a great opportunity for parents to apply these problem-solving skills with children,” officials say.

Future studies collaborating with stables could provide a better understanding of incidents to tailor and update safety programming.

Detailed incident reporting and real-time reporting are just a few of the items cited for potential research that could contribute to education influencing behavioural change.