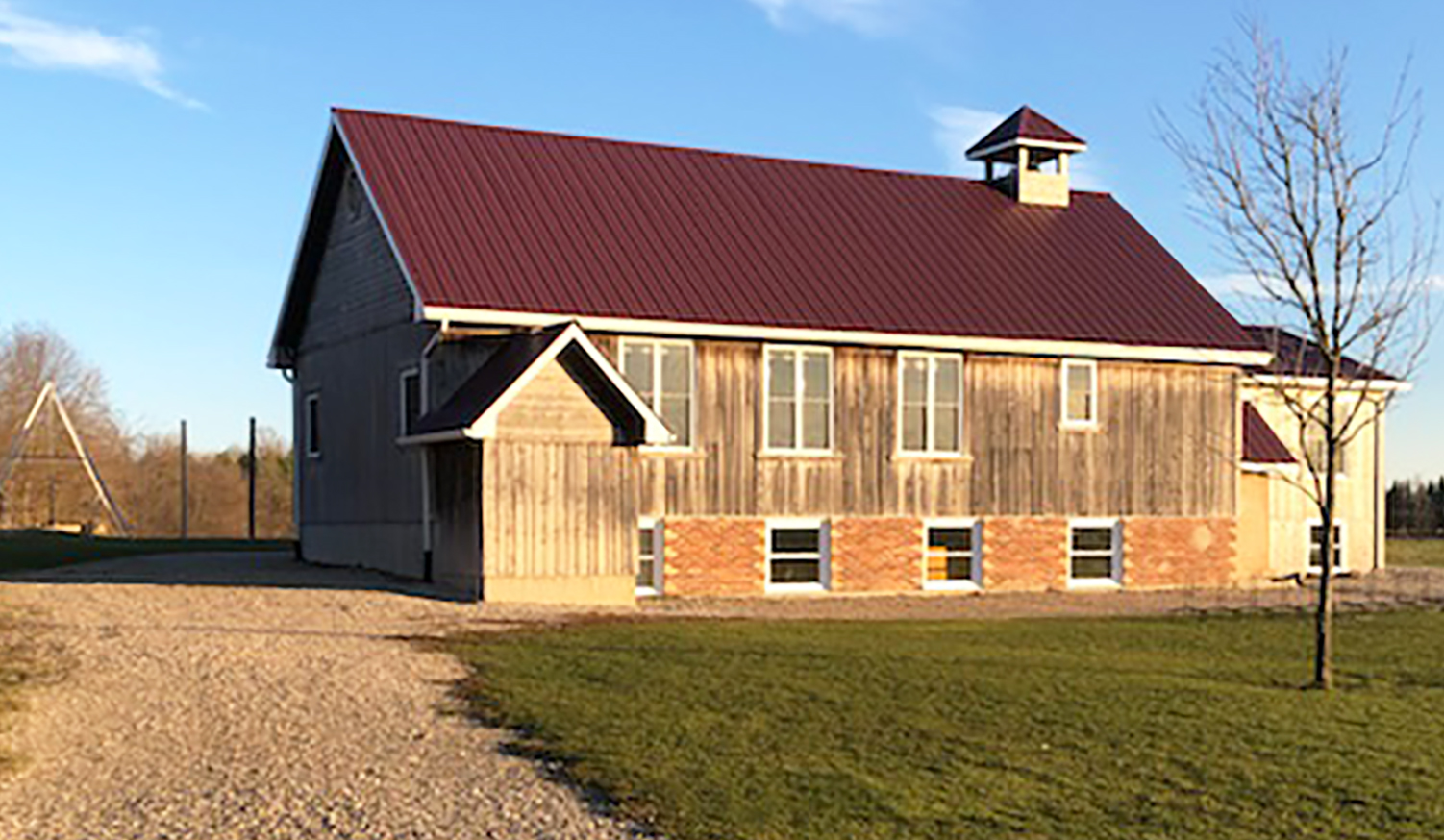 Public health ordered the closure of Old Order Mennonite schools and churches in northern Wellington County on Nov. 12, including Marigold Hollow Parochial School in Wellington North, above, which had an outbreak. The schools have since reopened and students are wearing masks, says an official with the Mennonite school system. Advertiser file photo

Medical officer of health Dr. Nicola Mercer issued the Section 22 orders on Nov. 12, stating a spike in cases in Wellington County at the time was largely attributed to this population.

She told the Advertiser many Old Order Mennonites do not wear masks, do not observe physical distancing and have not altered their behaviour due to the pandemic.

In a phone interview on Nov. 27, Levi Frey said the community has been trying to follow public health orders since the pandemic was declared in March and it hasn’t had complaints from health units in other regions where its members reside.

Frey is chair of the advisory board of the Mennonite school system that oversees 69 schools in Ontario and includes Amish, Old Order, Markham and other Mennonite sects.

They span many municipalities, including Waterloo and Grey-Bruce, “and all our schools are operated in the same way.

“Wellington-Dufferin-Guelph is the only one we’re having trouble with,” Frey said.

(UPDATE: On Nov. 30, the Waterloo Health Unit issued a similar Section 22 order to Mennonite populations in that region).

“We have a good relationship with most of the health units. For some I even have the cell phone number of the chief medical officer.

“But I’ve never been able to connect with (WDGPH) in the same way.”

Frey said the public health nurse assigned to their schools asked him on Nov. 5 if he would talk to Mercer and he agreed.

He lined up others to be on the conference call as well, but it never happened before the Section 22 orders were issued on Nov. 12.

“I said ‘this is discrimination.’ They said, ‘this is COVID,’” Frey said.

He acknowledges students were not wearing masks in school, but he felt they should be exempt because their schools are so small. The largest school has 50 students and the smallest has 11.

Students were physically distancing and washing their hands frequently however, he said.

“Because of that, we feel some things should apply differently,” Frey said.

He said the first positive case in the community was on Nov. 2, “and we were never given the opportunity to talk” before the Section 22 orders were delivered 10 days later.

Schools were allowed to reopen on Nov. 23, as staff and students are now wearing masks, Frey said.

“The Old Order Mennonite schools re-opened this week thanks to the effective communication between public health and the community,” WDGPH spokesperson Danny Williamson confirmed in a Nov. 27 email.

“The willingness of everyone involved to work toward proactive solutions throughout the process has been encouraging.”

Churches have not yet reopened and that’s a problem, Frey said.

Church plays a central role in the Old Order Mennonite community and is the prime place to disseminate news.

Frey said prior to the Section 22 orders, the churches had been holding two or three services on Sundays to ensure they are at 30 per cent capacity.

There hasn’t been a service since the public health orders were delivered.

“We don’t use modern electronic ways of communication. It’s only possible through physical meetings,” Frey said.

Williamson said the churches were identified as sources of spread and the orders have nothing to do with the religion practiced inside.

“For many – especially those in the Old Order Mennonite community – faith gatherings represent a regular activity,” Williamson said.

“Because of limited adoption of public health guidance on gatherings during the pandemic, they represent a location with heightened risk of exposure and transmission of COVID-19.”

He added talks on reopening are “in progress” but not complete.

Frey acknowledged “quite a few” Old Order Mennonites “became sick after a wedding,” but he stressed the celebration did not break the rules in place at the time, which permitted 50 people indoors and 100 outside.

Going for tests and self-isolating is also problematic for the community, Frey noted.

It’s a long horse-and-buggy drive to the assessment centres and taxis aren’t willing to take them, he said.

And it’s an “onerous requirement” for farmers to self-isolate if they test positive and don’t have symptoms, he added, noting their animals and crops can’t wait.

“If I test positive, all the neighbours I work with would have to isolate. Most people are not sick with it. They want to get back to work,” Frey said.

He explained Old Order Mennonites aren’t covered by OHIP and pay their own hospital bills out of pocket.

They also pay for their own schools, on top of paying taxes, and they don’t take government money, he added.

“So, we’re not putting a burden on the health care system,” he told the Advertiser.

Frey said current public health messaging – to not be in close contact with anyone outside your home – is particularly hard to swallow as Christmas approaches.

“I will not deny [COVID-19] is very contagious, there’s no doubt about that. I was sick for three days; my wife for a week,” he said.

Frey assumes he and his wife had COVID-19 but they weren’t tested.

He said Old Order Mennonites feel “persecuted” by the public health orders but he hopes the community can have a more positive relationship with WDGPH moving forward.