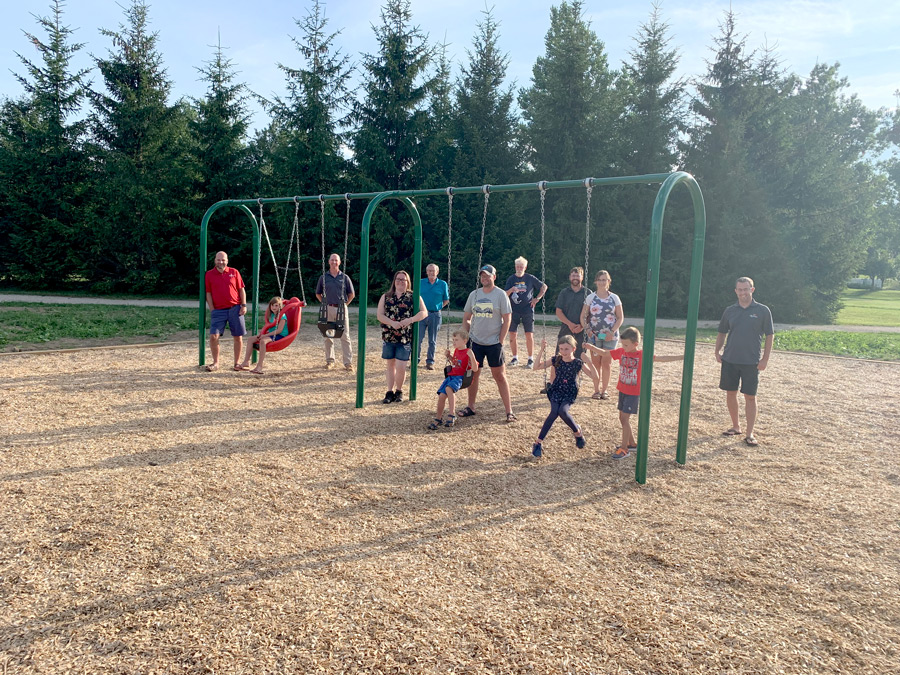 This swing set project is two years in the making. Alma Community Recreation Association (ACRA) was awarded a 50/50 grant from the township to help the project reach its goals in November 2019, along with a donation from the Alma Optimist Club and two local Alma residents. A recent survey indicated swings were noted as a number one item that local residents thought was missing from the park.

The set includes four swings, one accessible, one for toddlers and two lap swings. Members of Mapleton Township council, ACRA and project donors gathered on July 21 to officially open the park as some local youngsters tried out the equipment.