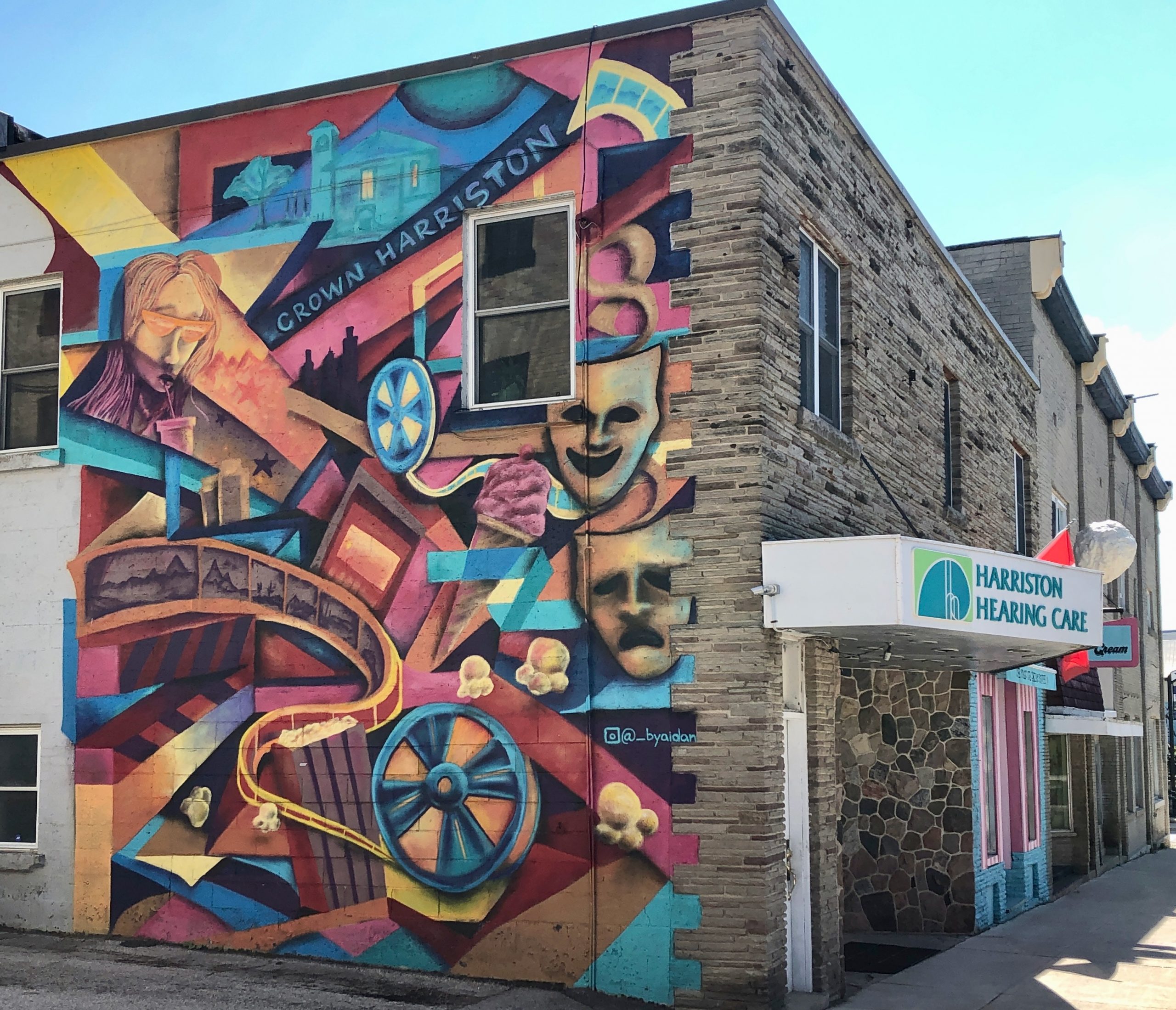 A Harriston Rising committee initiative will see four new murals created on the walls of downtown businesses between July 28 and Aug. 8. 'Mural Mania' activities will take place around the public art project. Aidan Kenny, who created this colourful mural on the wall of the Crown Theatre/Magic Ice Cream Shoppe building on Elora Street last summer, will be one of four artists working on the project. Photo by Patrick Raftis

Local residents and visitors will be able to watch the murals going up, economic development manager Belinda Wick told town council on July 14.

“Between July 28 and August 8 we will have four artists painting four walls in 10 days,” she explained.

While the painting is underway, Harriston Rising is hosting a “Mural Mania” event, featuring music in the streets, children’s activities and a scavenger hunt.

“Frozen Treats in the Streets” will be offered for those visiting the downtown on Aug. 9, with youngsters receiving a free sundae from the Magic Ice Cream Shoppe.

Funds for the project will come from a pool of downtown revitalization funding formed by a $42,000 Rural Economic Development grant, as well as contributions from community groups, local businesses, the Town of Minto and the County of Wellington.

“Over the next two years we will have $120,000 to do work, capital projects, in our downtowns,” said Wick-Graham.

One of the murals will be created Aidan Kenny, the artist who completed a colourful mural on the wall of the Crown Theatre/Magic Ice Cream Shoppe building on Elora Street last summer.

Artists Blaze Wiradharma, Matt Currie and Megan Oldhues will create the others.

The cost will be $5,000 per mural plus artists’ expenses.

In addition to the four new murals, one existing mural will be moved to another building, notes Wick-Graham in her report to council.

“Public art is an important element in our downtowns and adds to the quality of place in a community,” states Wick-Graham.

“The Harriston Rising Committee feels the addition of the murals will continue to improve the aesthetics of the downtown core.”