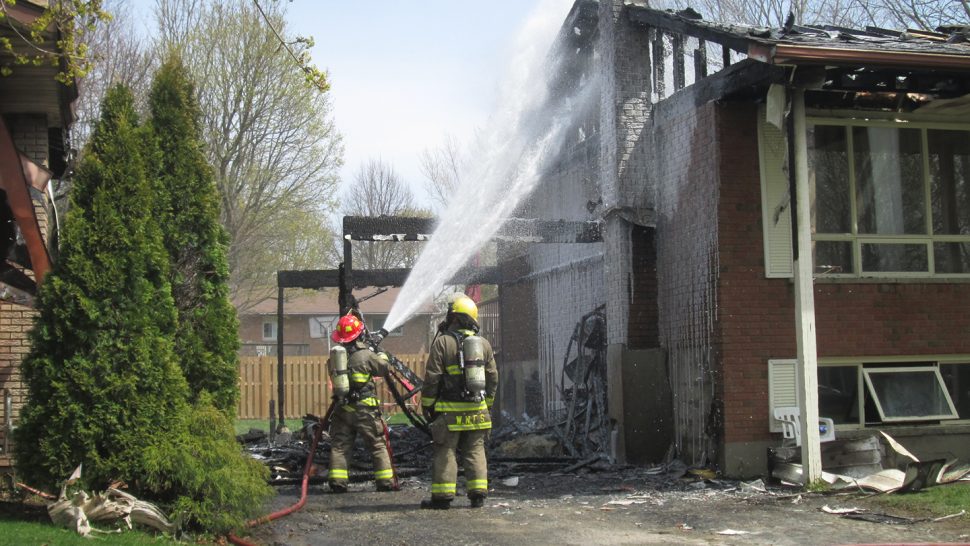 An April 27 fire in Mount Forest destroyed the garage where it started and damaged two homes. Photo by Lynne Turner 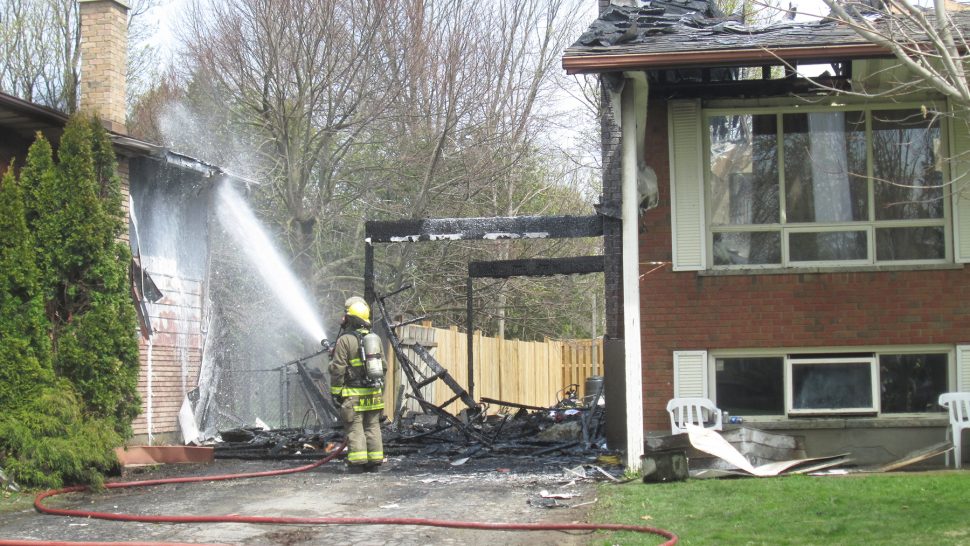 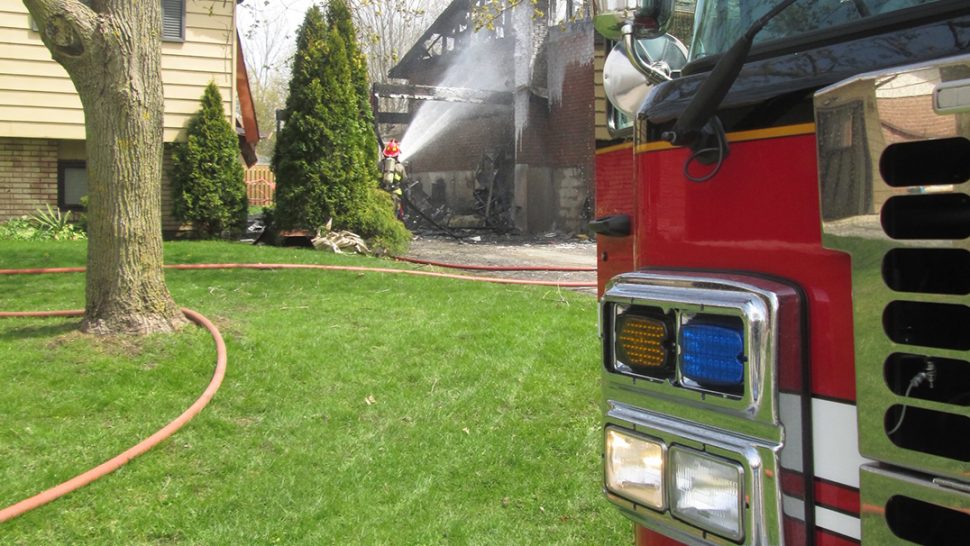 Firefighters from the Mount Forest and Arthur stations were assisted at the call by an aerial unit from Minto. Photo by Lynne Turner

MOUNT FOREST – A garage was destroyed and two houses were damaged in a fire here on April 27.

Firefighters from Wellington North Fire Service’s (WNFS) Arthur and Mount Forest stations responded to a structure fire call in the area of Albert and Church Streets at around 10:30am.

They were assisted by an aerial unit from Minto Fire and firefighters from Harriston and Palmerston.

WNFS officials report the fire started in the garage of one of the houses and spread to an attached house as well as an adjacent home.

“There are currently no injuries and the fire is not suspicious in nature,” states an email from deputy fire chief Callise Loos.

“All occupants were out of the building upon arrival.”

Loos added, “Our crews did an amazing job, hitting the fire right away and knocking it down.”

She said the cause of the fire is not yet known.

The garage where the fire started was destroyed, while damage to the attached home, as well as an adjacent house, was contained primarily to the roofs, which both partially collapsed.