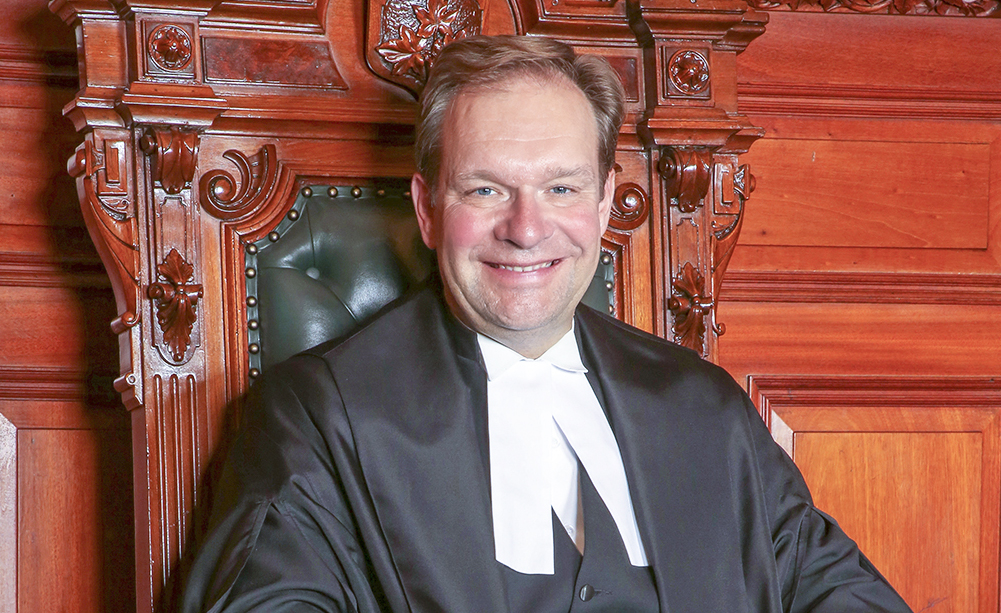 FERGUS – Longtime MPP Ted Arnott has confirmed he is once again seeking reelection in Wellington-Halton Hills.

The Progressive Conservative incumbent, who has served nearly 32 years at Queen’s Park, was nominated last September as his party’s candidate in the June 2 provincial election.

He says he is running again because he knows there will be challenges ahead as the province emerges from the COVID-19 pandemic.

“Quite simply, after the pandemic is over, there will be work to do, trust to be restored, and a province to rebuild,” Arnott stated in an April 29 press release.

“If the people of Wellington-Halton Hills return me to Queen’s Park on June 2, I want to apply my experience to all the challenges we face in the years ahead.”

One of the longest serving MPPs in the legislature, Arnott has served as Speaker of the House since 2018.

Through the non-partisan role, he said he has:

Arnott says he is not making any promises during his ninth provincial election campaign, “except my best efforts on behalf of the people of our riding.”

He added, “If the pandemic has taught us anything, it is that the future is uncertain, and each of us must do our part to make our communities stronger, safer, more compassionate and more sustainable.”

Arnott said he is concerned rising costs for essentials such as groceries, fuel and housing are making life unaffordable for many people.

“All orders of government must work together to confront inflation and keep Ontario’s economy on track,” he said, adding his other priorities include health care, long-term care, education, protection of the environment, support for farm families and agribusiness as well as “fairness, tolerance, inclusivity, and caring.”

“The province needs effective, principled and accountable leadership right now, as much or more than ever before,” Arnott added.

“And locally, Wellington-Halton Hills needs new infrastructure investments in virtually all of our communities.”

In the past four years, Arnott says he has pushed for provincial support for the new Groves Memorial Community Hospital in Centre Wellington, the wastewater project in Erin and the Highway 6/Morriston bypass in Puslinch, in addition to new schools and other infrastructure projects in the county.

“We have made progress, but there remains much more to do,” Arnott said.

“I look forward to the coming election campaign, meeting people in all of our communities, hearing their views and answering their questions.”

As of April 29, Arnott will face the following opponents in the contest for the Wellington-Halton Hills seat: