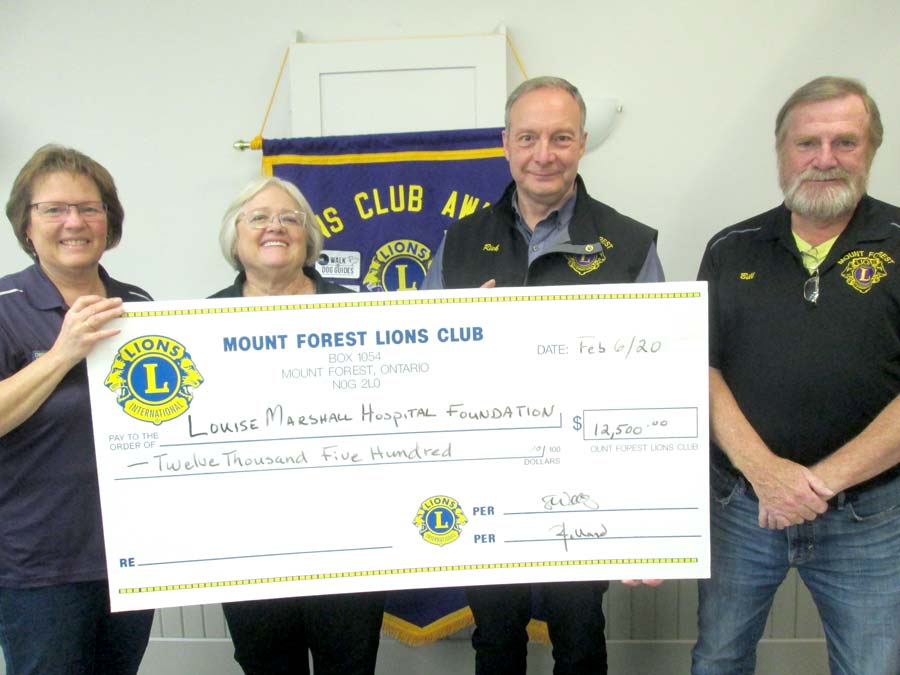 LMHF president Rick Sinnamon accepted the final cheque for $12,500 at the club’s meeting on Feb. 6 and said that amount of money from one club “is no small feat.”

“Construction at the hospital began last September and “redevelopment work is progressing well for the … emergency and ambulatory care departments expansion,” said Stephen Street, president and CEO of North Wellington Health Care. A temporary emergency department will be opened at the end of the month in order to continue work on the new space, he said.