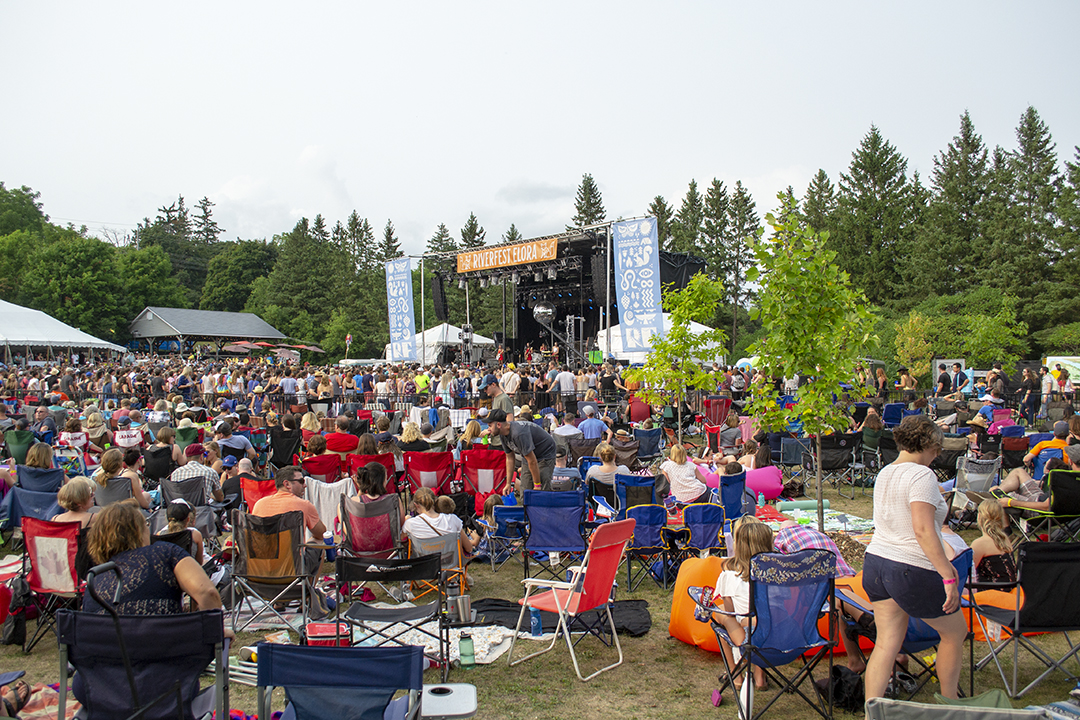 ELORA – Riverfest Elora is scrambling for a replacement after Jessie Reyez pulled out of the festival.

Reyez was to headline Riverfest’s opening night on Aug. 16, but on July 30 festival officials learned Reyez re-injured her back and will not be performing any shows in August.

Festival manager Spencer Shewen explained Reyez first injured her back and knee about eight weeks ago.

She cancelled her European tour and a scheduled appearance at the Ottawa Blues Festival so she could rest and be ready for festivals later in the summer.

However, last weekend she re-injured her back during her set at the Squamish Constellation Festival and ended up cancelling all her August shows. Riverfest officials posted the news on Twitter on July 30 just before 9pm. 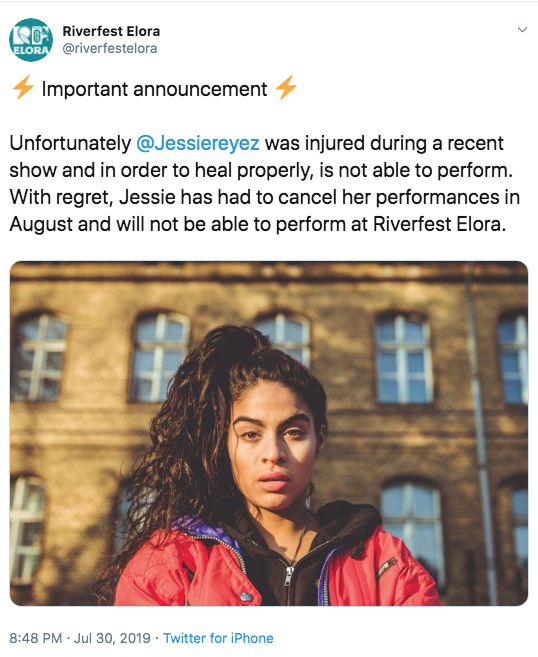 Riverfest Elora announced on July 30 Reyez would not perform at this year’s festival.

“It’s difficult to find an artist so close to the date because … artists at that level, at the headliner kind of level, if they have time off, if they’re not booked on that weekend, it’s probably because they’ve got something else planned, like a family event or … a much needed break,” Shewen said.

By July 31 festival officials were close to booking a replacement, they just needed to confirm it, Shewen said.

He is hopeful Reyez will be back next year.

“We are really sad that she’s not coming because we were really looking forward to having her,” he said.

Riverfest Elora runs Aug. 16 to 18. Tickets and concert information are available at riverfestelora.com.