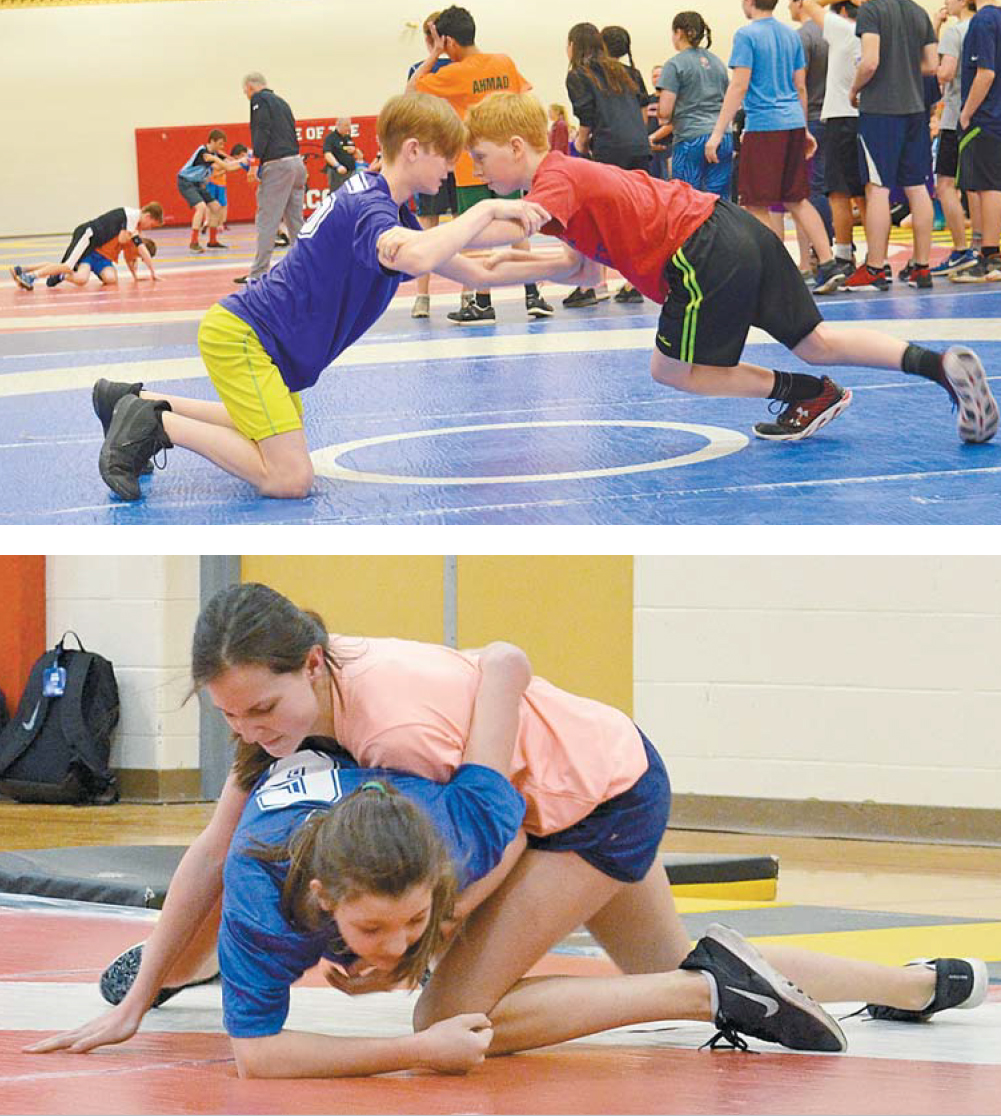 About 150 elementary school students from the Upper Grand and Catholic schools board competed in the annual wrestling tournament held April 30 at Centre Wellington District High School (CWDHS). The grade 7-8 participants squared off by weight categories in over 200 matches on four mats. “This feeds the high school programs,” said CWDHS wrestling coach Dave Ritter. “It gets kids interested in wrestling by giving them a little taste of it.”               Photos by Phil Gravelle