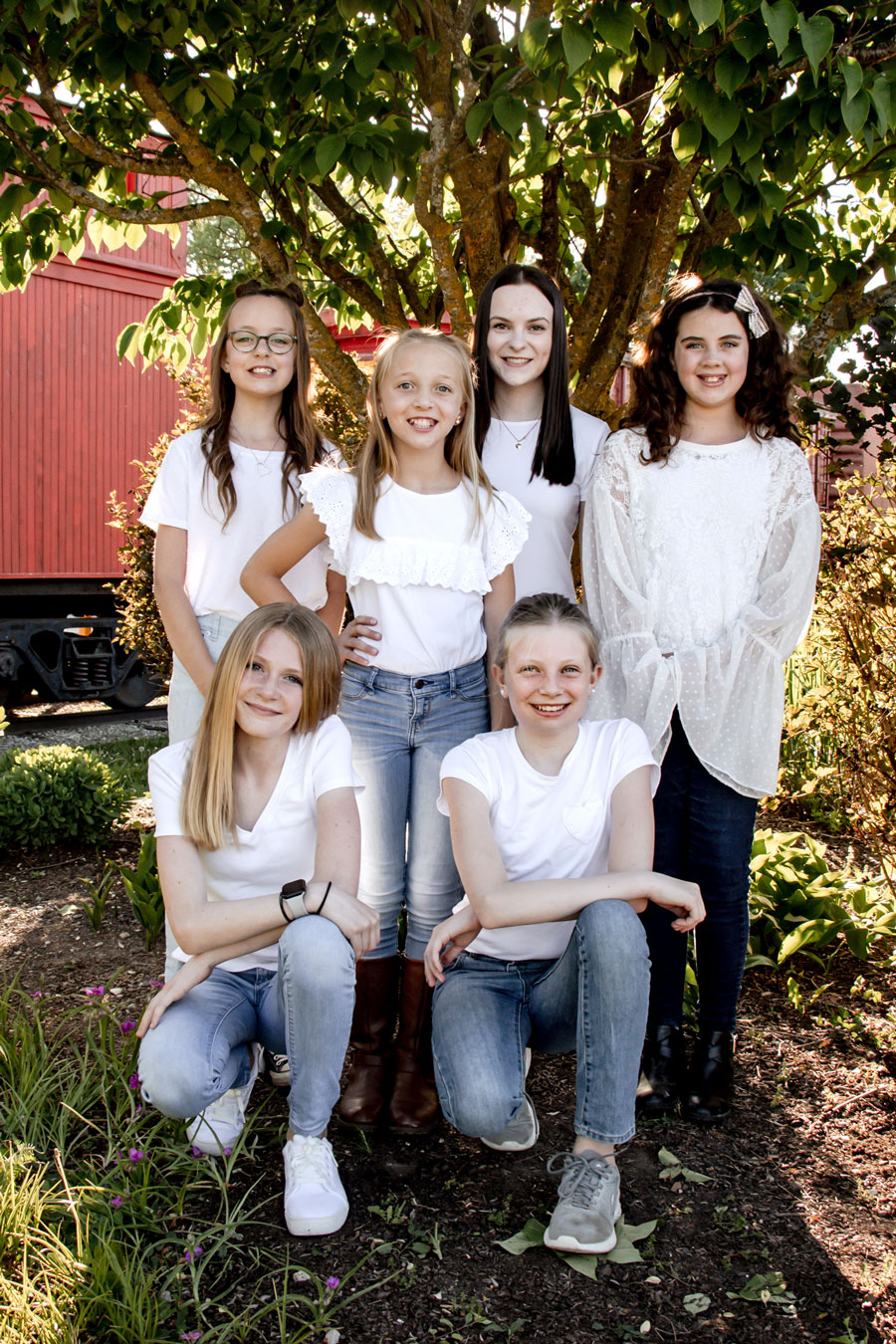 HARRISTON – The 2022 Harriston-Minto Ambassador of the Fair Competition will feature six competitors for the junior ambassador title and one in the senior category.

The competition wil be held on July 8 at the Harriston-Minto Community Centre Auditorium. Doors open  at 6:30pm and the competition starts at 7pm. Admission is by donation.

Senior ambassador will be Shaelyn Thompson.

Thompson, 20, is the daughter of Krista and Ken Thompson, and sister of Keagan.

She attends Nipissing University, where she is completing a Bachelor of Social Work. She is currently completing a Certificate in Aging and Gerontology through Toronto Metropolitan University as well.

Beginning in July, Thompson will be a student intern at Ontario Centre for Learning, Research and Innovation in Long Term Care. She also works as a Resident Service Attendant at Caressant Care. She has won awards at school for high academic achievement and outstanding volunteer work.

Thompson was also the Junior Ambassador of the Harriston Minto Fall Fair in 2012-2013, and the Ontario Little Miss Princess in 2013-2014.

Currently a volunteer with the Virtual Certified Listeners, she is the executive of finance and administration for Nipissing University Social Work Association, and a server at North Bay Food Bank.

In her spare time, Thompson enjoys playing the piano, reading, and hanging out with friends and family.

She is an aspiring geriatric social worker and hopes to work in a hospital, or in long term care or a hospice setting. She wants to better the lives of aging individuals and to encourage socialization and independence within their lives.

Kennedy Prestidge, 12, is the daughter of Allison and Nigel Grein and sister of Coralye Grein. She attends Minto Clifford Public School and is hard-working and passionate.

Her role model is Grace Gibb, one of her riding coaches. She has many achievements in horseback riding, including riding bigger and faster horses, and jumping higher. She has also won an orange-peeling contest!

Kennedy spends a lot of time horseback riding. She also walks dogs in the community, helps with barn chores, and she spends time helping out her Uncle Greg. In the future, she wants to be involved in horse shows and horse accessories and tack sales.

Adelaide Foerster is 10 years old and the daughter of Tyler and Ashley Foerster and  sister of Paisley.

She attends Minto Clifford Public School and is smart and kind. Her role model is her Aunt Amanda. She recently completed the babysitting course and enjoys participating in the swim team and playing baseball. In the future, Adelaide would like to be a kindergarten teacher.

Maya Booth, 10, is the daughter of Lisa Gareau Booth and James Booth. She attends Minto Clifford Public School and her role model is her Aunt Aimee. Maya is friendly and kind, and enjoys crafting, and dancing at the Minto Dance Academy.

In the future, she would like to be a professional dancer and/or a photographer.

Abbygale Golley, 10, is the daughter of Dustin and Sara Golley, and sister of Kaydence and Maverick. She attends Minto Clifford Public School and is kind and generous. Her role model is her mom because she is hard working and caring, and when Abbygale has a question, her mom always has an answer.

Abbygale would love to be a teacher one day because she loves meeting new people with new problems and helping them to find solutions to their problems.

Ellie Bowman, nine, is the daughter of Mary-Ann, Chandler, Tyler, and Jess and the sister of Emmett, Ruby, and Liv. She attends Minto Clifford Public School, and her role model is Viola Desmond.

Ellie is creative and adventurous. She completed five levels during her first year of skating this year, and she won the Most Improved CanSkater Award, as well as the Best Trotting Post at horse riding camp in the summer. Ellie has been an Earth Ranger and has been in the Summer Theatre Play two years ago.  She has an interest in ballet, acro, horse riding, skating, soccer, and reading. She has also raised money with her best friend for Lucknow Pet Rescue.

In the future, she would like to own a hobby farm and to be a veterinarian.