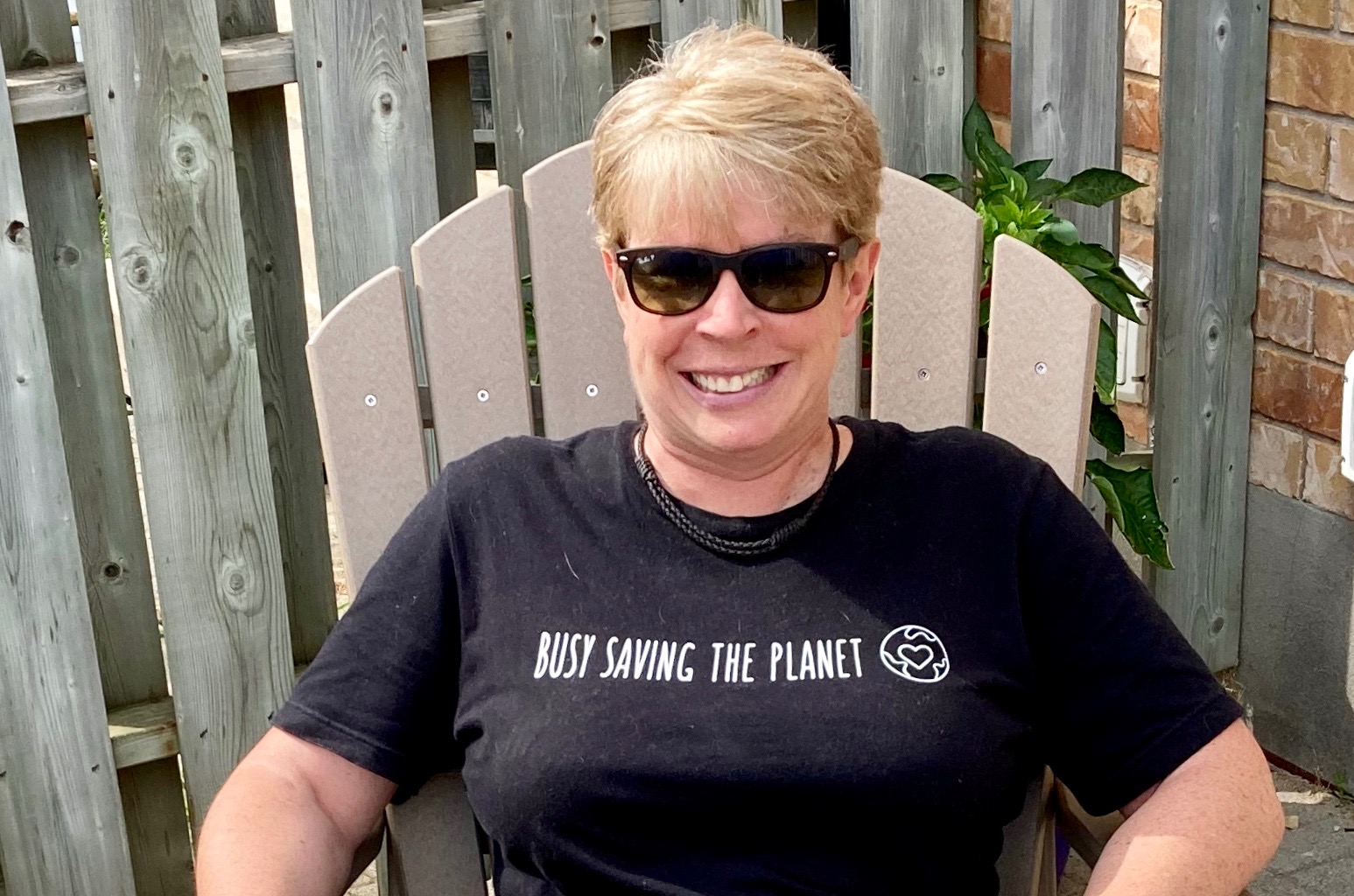 Kortright Hills Public School teacher Cathy Dykstra has been named the recipient of the Upper Grand District School Board’s 2021 Mike Elrick Environmental Leadership Award for her contributions to the environment in the community. Submitted photo

“Cathy is being honoured for her years of dedication raising awareness of water, energy and environmental issues,” the UGDSB press release read.

“Year over year, she engages her students in action projects on water conservation, energy literacy, and more.”

This year marks the 12th year of the award, which is presented annually to a staff member or volunteer who has demonstrated environmental leadership within their school community or school board.

Dykstra was presented the award on June 24 by members of the award selection committee, including last year’s winner Yvette Tendick and 2013 recipient Cory Lipovschek,

Dykstra grew up knowing Mike Elrick’s family and crossed paths on multiple occasions with Elrick himself when she got into teaching, so the award came as a great honour.

“It means the world to me, she said.

“I have nothing but enormous respect and gratitude for the environmental legacy that he left behind and I am extremely honoured to be connected to him in any way.”

Dykstra has contributed to a number of environmental initiatives in the school community. She leads the Water Rockers, a name she’s given her class of Grade 5 students.

She’s also teamed up with Learning for a Sustainable Future to have her students lead all day workshops with students from other schools and school boards about the importance of protecting pollinators.

This also included teaming up with Pollination Guelph and Bee City Canada to have the students organize school wide pollinator activities in order to become an official bee school in Canada.

“(We) also had students go to city hall to make a presentation to the mayor and the city councillors when Guelph became an official bee city so that was crazy exciting for the kids,” she added.

This year she had students create a video about the benefits of reusable bottles which won Canadian Geographic’s Energy Diet Challenge, a national competition that aims to create energy awareness.

The students wrote letters to the mayor about their recommendations to make Guelph a more sustainable city.

Dykstra said they’re hoping Guelph will be one of the first 100 per cent sustainable cities in Canada in the next few years.

The Water Rockers have also teamed up with Kings Outdoor Property Solutions for multiple gardening and tree planting initiatives over the years.

Dykstra said her students are fantastic about researching and creating reasonable ideas. Last fall during the pandemic, her students developed plans for an outdoor classroom before taking them to Landscape Ontario for feedback.

“It’s really exciting and I think super important that the kids can become young citizens and feel valued by the adults around them,” she explained.

“That they can research and learn so much and have great ideas that we need to listen to. So, it’s really neat to develop that with them and develop their leadership skills around that.”

Dykstra said there’s always new ideas in the mix. She currently has more ideas for creating another outdoor classroom space at the school, in addition to some gardening projects.

“When kids come up with ideas that I think we can make happen I try to follow up and make them happen with a year or two so the kids can be part of it and own those ideas,” she said.

“There’s always stuff. There’s so many neat things to try out there and again I want the ideas to come from the kids. I want them to feel like it’s their legacy.”

Dykstra said the pandemic hasn’t slowed them down, it’s just enabled them to think in more creative ways.

“We’ve just had to think more out of the box on how we can make things happen but it’s amazing how many projects we still made happen,” she said.

“I’m so proud of what my students have created over the years so I’m looking forward to the next few years and what we’re going to come up with.”