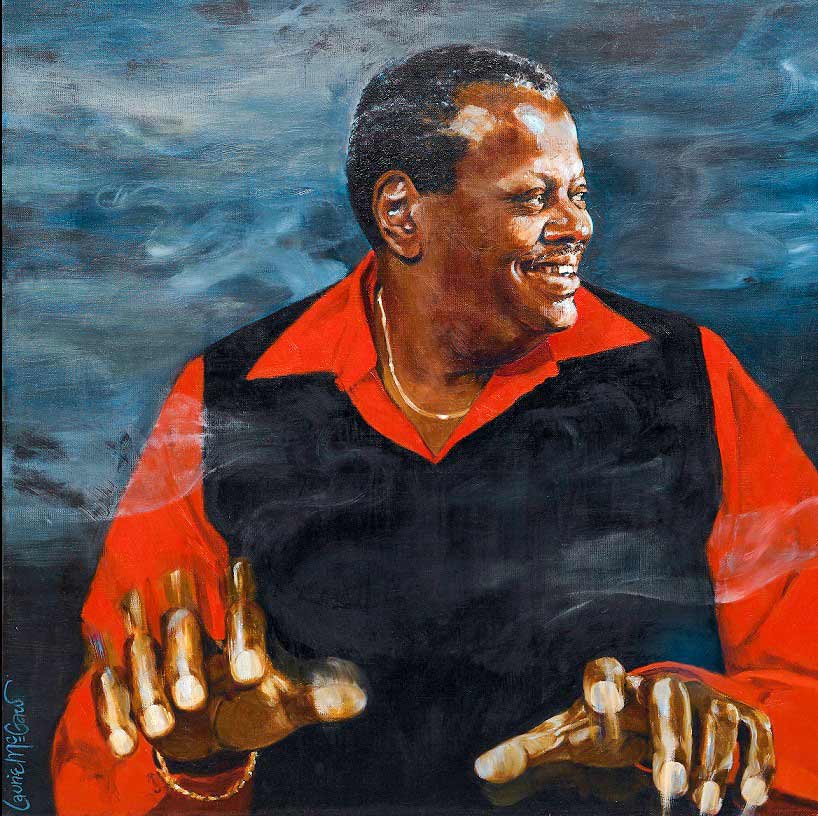 Laurie McGaw created a portrait of renowned jazz musician and Canadian icon Oscar Peterson. The portrait will be on display at McGaw’s home studio on Feb. 15 between 1 and 4pm as a celebration of Black History Month. Portrait by Laurie McGaw

GUELPH – To celebrate Black History Month, portrait artist Laurie McGaw will be showing a selection of portraits of African Canadians she has created on Feb. 15.

In her studio at 28c Douglas St. in Guelph, viewers will see some familiar Guelph faces, along with a legend in Canadian music.

McGaw’s painting of renowned jazz artist Oscar Peterson, on loan from the University of Toronto’s Oscar Peterson residence, will be featured for this event only.

McGaw has also been commissioned to create 34 coins for the Royal Canadian Mint, including those celebrating the Queen’s Diamond Jubilee and centenary commemorations of Vimy Ridge, Women’s Right to Vote, and Lt-Colonel John McCrae, author of In Flanders Fields.

McGaw is also known for her award-winning illustrated books: Polar the Titanic Bear, nominated for a Governor General’s award, has sold over 680,000 copies in five languages.

High-quality prints produced of the cover painting of this book will be for sale at the event, with all proceeds being donated to the Guelph Black Heritage Society.

Visitors can listen to the live music of Sasha Henry and Aaron Ridge.