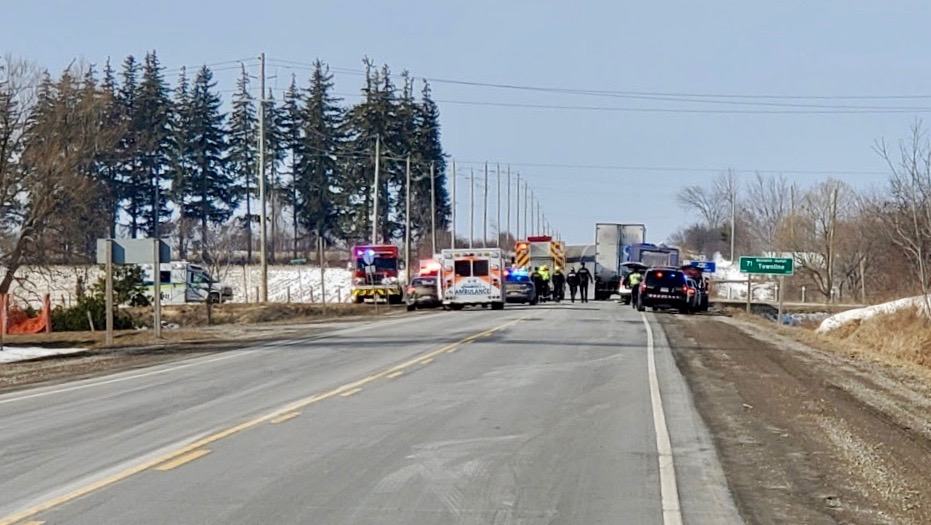 Emergency crews responded to the scene on Highway 7 at Woolwich-Guelph Townline, just west of Guelph, on March 3 at about 9am.

“Preliminary investigation revealed that a westbound courier truck collided with the rear of a tractor trailer,” police stated in a press release.

“The driver of the courier truck was extricated from the vehicle and transported by Ornge air ambulance to a trauma centre in Hamilton with serious injuries. The second driver was transported to a local hospital with non-life threatening injuries.”

The driver of the courier vehicle, Ryan Matthew Plisek, 26, of Guelph, was later pronounced deceased in hospital by attending physicians.

The second driver was transported to a local hospital with non-life threatening injuries, police stated.

Highway 7 was closed for several hours between Wellington Road 32 and Shantz Station Road.