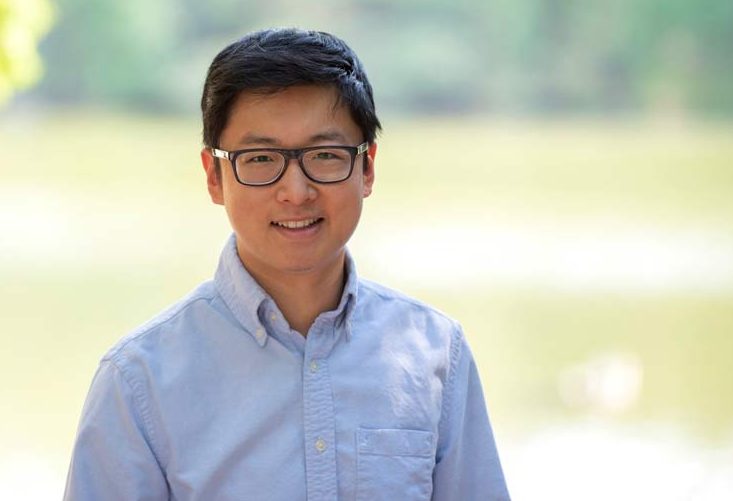 Ran Zhu was acclaimed as the Green candidate for Wellington-Halton Hills in the next federal election. Submitted photo

WELLINGTON COUNTY – Ran Zhu hoped to run for political office one day, but didn’t expect it would happen this soon.

Still, he’s excited to represent the Green Party in Wellington-Halton Hills in the next election after being acclaimed by the riding association earlier this month.

“I’ve worked on a few campaigns, but I don’t know what to expect,” he said in an interview on July 27. “But I understand social programs and Green programs and I’m looking forward to serving the community.”

The 26-year-old graduated from York University in 2017 with a double major in economics and theatre.

“That means I can be creative and technical when I have to be,” he said.

He’s currently the constituency coordinator for Guelph MPP and provincial Green Party leader Mike Schreiner, but will give up that post when the writ is dropped.

He worked for a Liberal MPP under the Wynne government but has been working for Schreiner since that candidate lost their seat in 2018.

He volunteered for the Greens while in high school, “so in many ways I’ve come full circle,” he said.

Zhu acknowledged the federal Green Party is in disarray at the moment, with Annamie Paul’s leadership in question.

“It’s stressing for me,” Zhu said. “I want to see the party united.

“And I want to be transparent: I stand behind Annamie Paul. We need to give her a chance to lead. She doesn’t deserve the vitriol. And we have more important matters at hand.”

Zhu said the party is going through a process and will come out the other side a united party, ready to take on an election.

But the going will be tough locally – and he knows it.

Conservative MP Michael Chong has held the seat in Wellington-Halton Hills since 2004.

“I have a lot of respect for Michael. It will be a challenge to run against him. But the Conservatives have to toe the party line,” Zhu said.

“The Greens don’t have a whip. I will vote based on my constituents and what they want. I will bring the voice of Wellington-Halton Hills to Ottawa.”