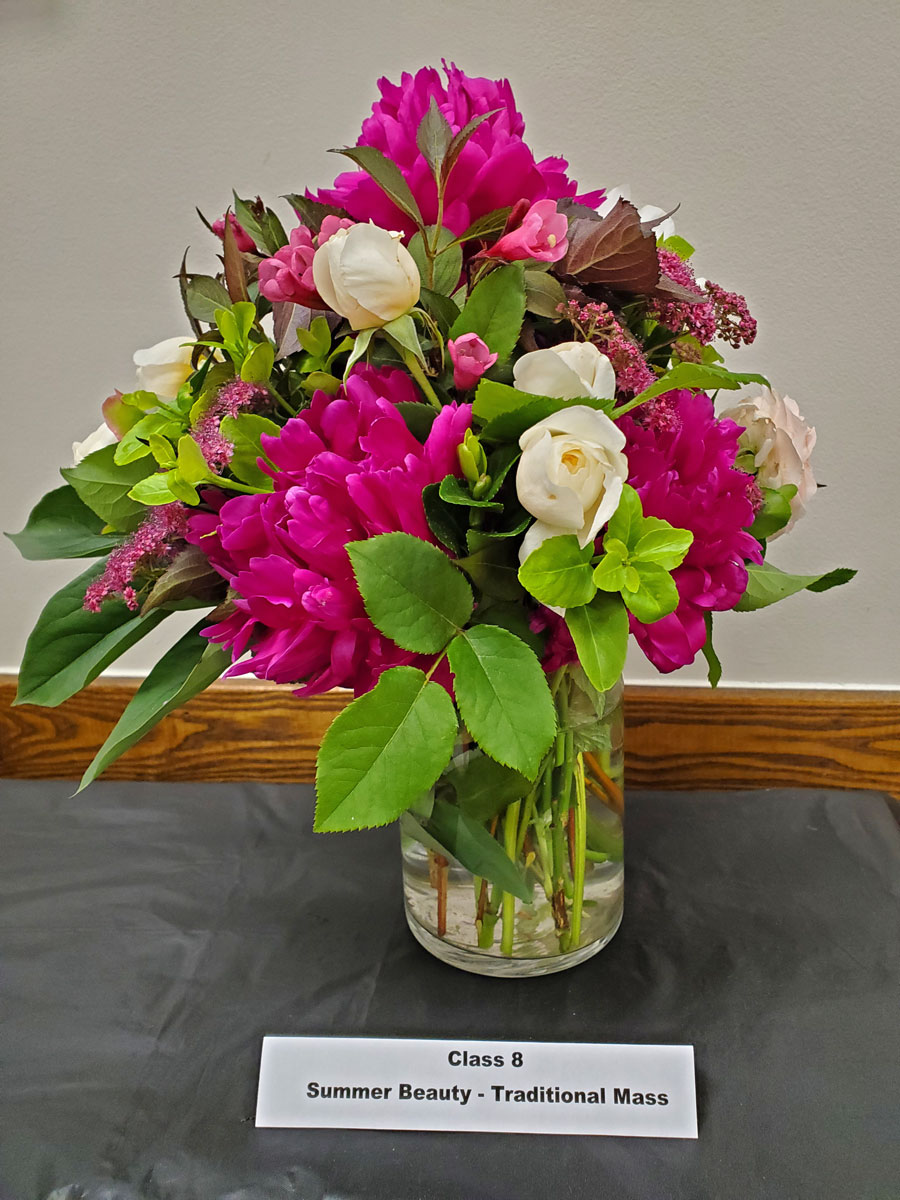 ERIN – The Erin Garden Club held its monthly meeting at the Erin Fire Hall on June 22, where the club’s president reported that the June 11 plant sale was very successful.

She also reported that the reconstruction of MacMillan Park gardens on Main Street in Erin is 99% complete.

The club held its second mini flower show of the year and it was judged by Joanna Baas of Arthur.

Carolyn Fuller of Erin then did a demonstration of how to create a flower arrangement.

She showed how to do two very different types of arrangements, one very full with many flowers and one very simple.

Fuller has been involved in horticulture and flower arranging for many years – for Weall and Cullen and Sheridan Nurseries before  starting her own company, Carolyn’s Creations and Design.