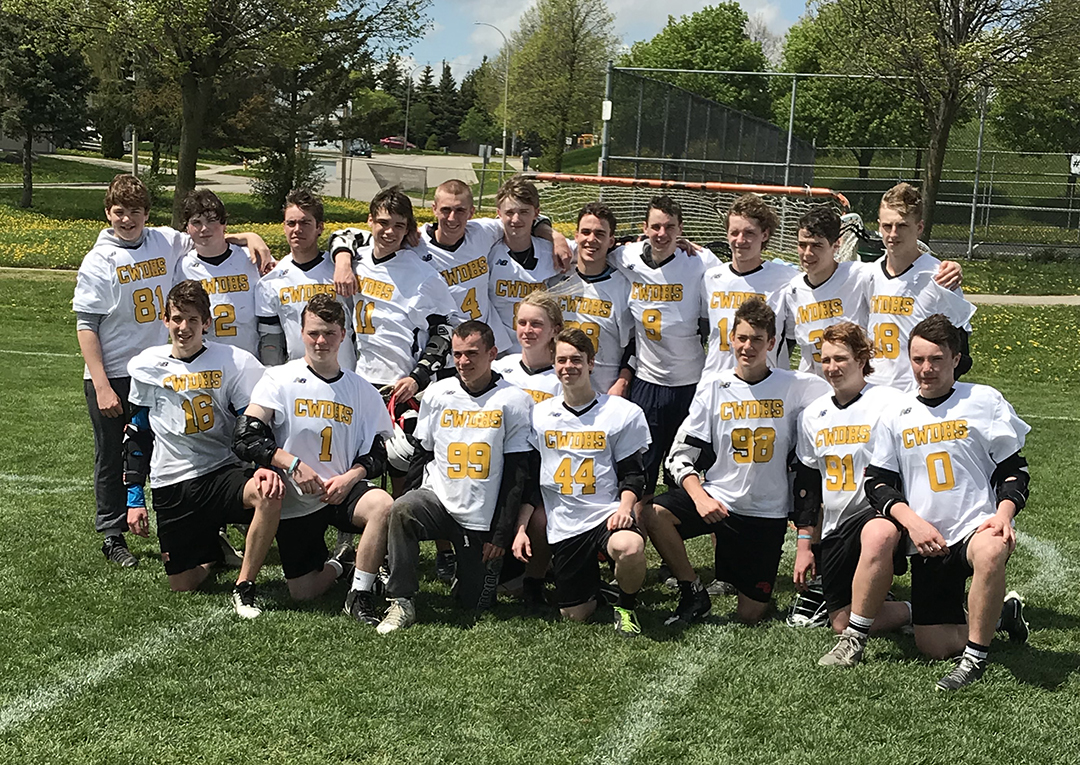 FERGUS – The first-ever lacrosse team from Centre Wellington District High School (CWDHS) won the CWOSSA title on May 23 in Kitchener and is competing this week at the OFSAA tournament in Owen Sound.

They went on to score an 11-7 victory over Assumption College from Brantford in the finals.

Skerrit said while there had not been a school team previously, officials were able to attract talented players thanks to strong lacrosse activity in the Fergus area.

The OFSAA (Ontario Federation of School Athletic Associations) games were set for June 5 and 6, after the Advertiser’s press deadline.