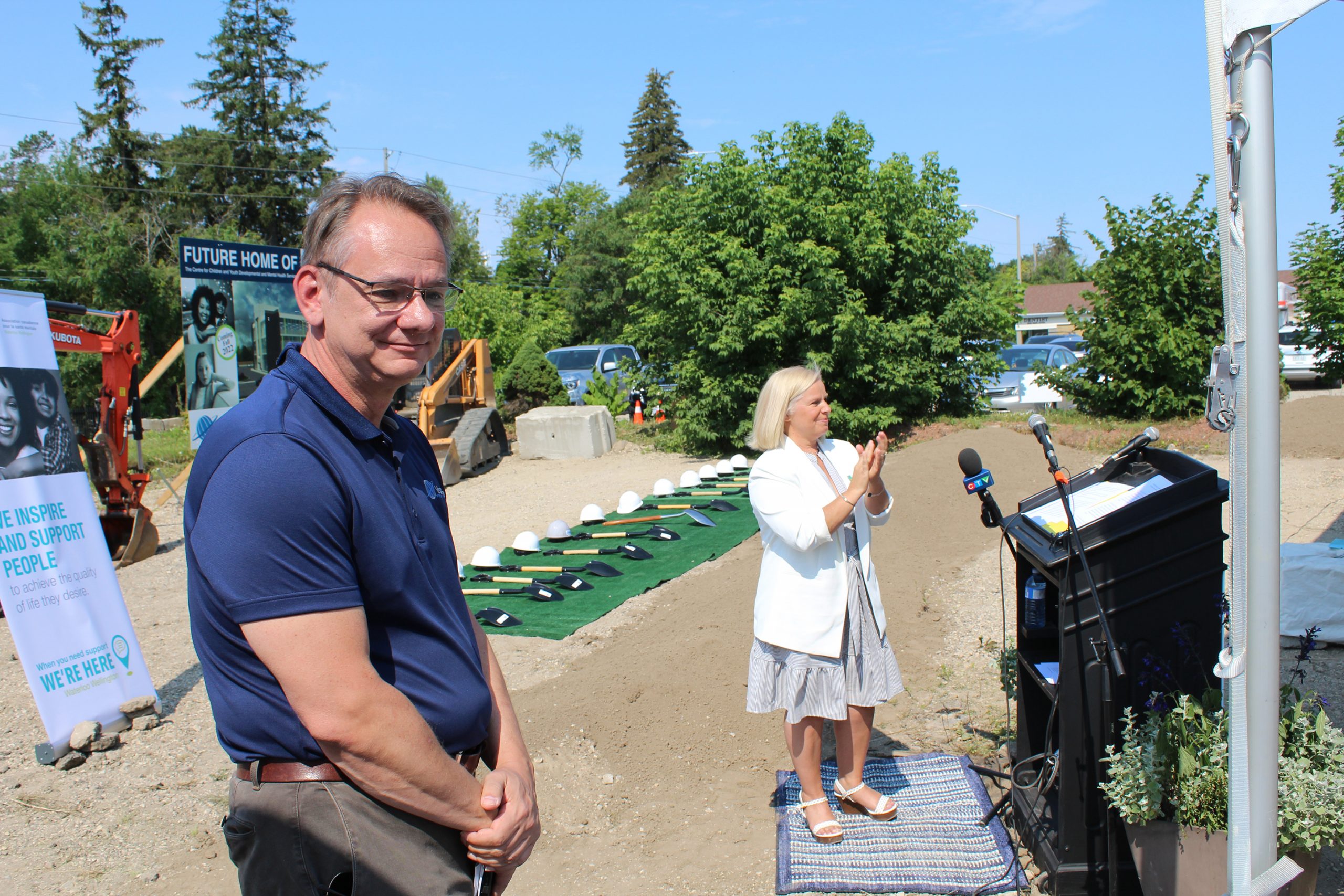 GUELPH – Helen Fishburn said she was still experiencing a “joy hangover” the day after the Canadian Mental Health Association Waterloo Wellington (CMHAWW) broke ground on a new facility in Guelph that will be dedicated to providing mental health services to children and youth.

The land and construction of the building – estimated at $50 million – was donated to the organization by Robert Eilers, president of the Vesterra Group of Companies.

The gift is being touted as the largest single private donation to the CMHA in Canada.

“I’ve known about this for a year and I still have trouble finding words,” said Fishburn, executive director of the local branch, in a July 23 interview.

“But this story of generosity inspires the community. After the tough year we’ve all had, this is something we all need so desperately.”

Fishburn said in 2018 CHMAWW started looking for a site in Guelph to offer services for children and youth – a single site instead of the three it has, with room to expand the youth wellness hub.

Data analysis indicated it should be in the north end of the city.

“We started looking around and that’s when we connected with Robert (Eilers),” she said.

Eilers was planning to build two condo buildings in north Guelph where a McDonald’s and Greek restaurant used to stand at 735 and 737 Woolwich St., and he was well into the planning and design stage.

“We knocked on his door and I was very surprised when he said he would talk to us,” Fishburn said. “And then he put his plans in the shredder and changed everything.”

Eilers stated at the July 22 groundbreaking ceremony that he had struggled with depression and addiction as a youth and that it was the good work of the CMHA that helped set him on a solid life path.

In a follow-up interview, Eilers said three times in his life he felt suicidal: as a 17-year-old dealing with domestic abuse and addiction, some 20 years ago as he went through a divorce, and in 2012 when he received a cancer diagnosis.

For him, the donation is a way to help others the way he was helped.

“We all have moments and times when we’re struggling and need help,” he said.

“If this is the last project I ever do, this is the one I want to go out on. I’m coming full circle from where I started to where I ended up.” 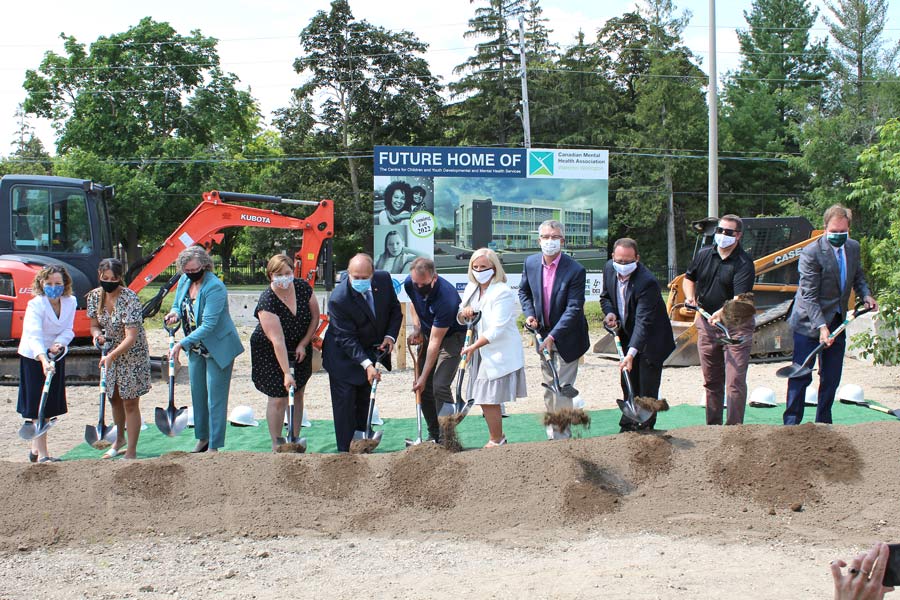 Officials held a groundbreaking ceremony for the new facility on July 22. Submitted photo

He continued, “I’m in a lucky financial position and I feel I have a responsibility to help those who are less fortunate.

“And I wouldn’t be here if not for organizations like the CMHA.”

Vesterra and CMHAWW drew up an agreement: Vesterra would build a youth centre on the site instead of condos and the CMHAWW would lease it for 20 years.

“That was an amazing partnership and we spent a lot of time on it,” Fishburn said. “We had all the paperwork done and were working on the design of the inside of the building.”

But as the pandemic took hold and its effects on youth became apparent, with an increase in suicide attempts and opioid use, Eilers switched up the plan again.

“He told us he didn’t want to take any money from us,” Fishburn said.

“He wanted all our funding to go to services for the community. Then he told us he’d donate the building.”

Fishburn has been sitting on that secret for about a year, she said, and it’s a relief that she doesn’t have to bite her tongue any longer.

“Yesterday was an incredible day, with Robert’s message of hope and healing,” she said.

“This kind of generosity is helping us change the game.”

And the game needs changing as the agency has seen a 40 per cent increase in referrals for services for children and youth in Guelph and Wellington since the pandemic began.

Fishburn said that prior to the pandemic 11 children were on a wait list for a referral; now there are 170 children on the list.

Pre-pandemic there were 20 children or youth waiting for counselling and treatment. That’s grown to 140 over the past year.

A two-month wait to get into the eating disorders program for youth in the before-times has now grown to a 15-month wait.

She added many adults have the capacity, ability and maturity to be able to process the pandemic and the impact of lockdowns and restrictions, but children don’t.

“For kids, it’s been a suspended existence,” she said. “All the things that bring them joy – school, sports, clubs, extended family, social circles – they’ve not been able to do this year. It’s been extremely hard for children and youth. There’s huge anxiety and worry.”

The new facility is to be completed early in 2023. It will house 30 different service providers as well as an expanded youth wellness hub called The Grove.

There are also youth hubs in Erin, Fergus and Palmerston and they are open and operating, said Fishburn.

The agency has received additional funding from the Ministry of Health, the Youth Wellness Ontario program, Wellington County, and $250,000 to enhance the Here 24/7 call line – all with the aim of addressing mental health and addiction issues that have come as a result of pandemic lockdowns.

“The pandemic has been the great equalizer – everyone has been affected and mental health is the conversation to have,” Fishburn said.

“I’m so proud of Robert. He put himself out there to further the cause and normalize the journey. He’s inspired us all and we are so grateful.”

Eilers said, “I realized some years ago that the only way to say thanks to the people who helped me, is to do the same for others.

“I feel complete and at peace with myself now. But my path is not over. I have more of this to do.”