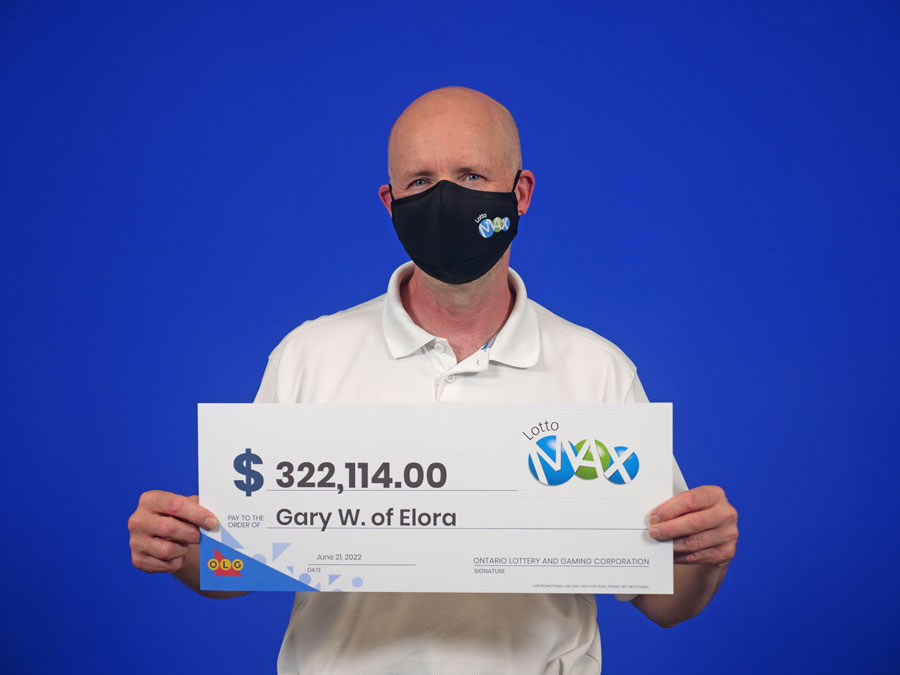 TORONTO – Gary White of Elora has $322,114 to put toward his dreams after winning a Lotto Max second prize in the May 17 draw.

White said he was at the grocery store when he handed his ticket to the clerk to check.

“It didn’t scan the first two times, but the third time the ‘big winner’ screen appeared. I didn’t know what it meant,” White said.

“I was questioning everything!”

When White saw the validation slip print, he said it was a “holy cow” moment.

“I texted my family – they all thought I was teasing them!”

White said he plans to pay down his mortgage, help his children with their education and celebrate with some nice dinners with family and friends.

“I’m happy, but I’ve never experienced anything like this before. It’s unexpected – I’m in shock,” he concluded.

OLG is booking in-person prize claim appointments at the OLG Prize Centre in Toronto. We strongly encourage those with claims between $1,000 and $49,999.90 to submit them online or mail them in.

Submitting claims online is fast and secure. Customers with prizes over $50,000 are asked to call 1-800-387-0098 to discuss available prize claim options.

LOTTO MAX players in Ontario have won over $7 billion since 2009, including 91 jackpot wins and 774 MAXMILLIONS prizes, right across the province.

LOTTO MAX is $5 per play and draws take place on Tuesdays and Fridays.

The winning ticket was purchased at Zehrs on Tower Street in Fergus.