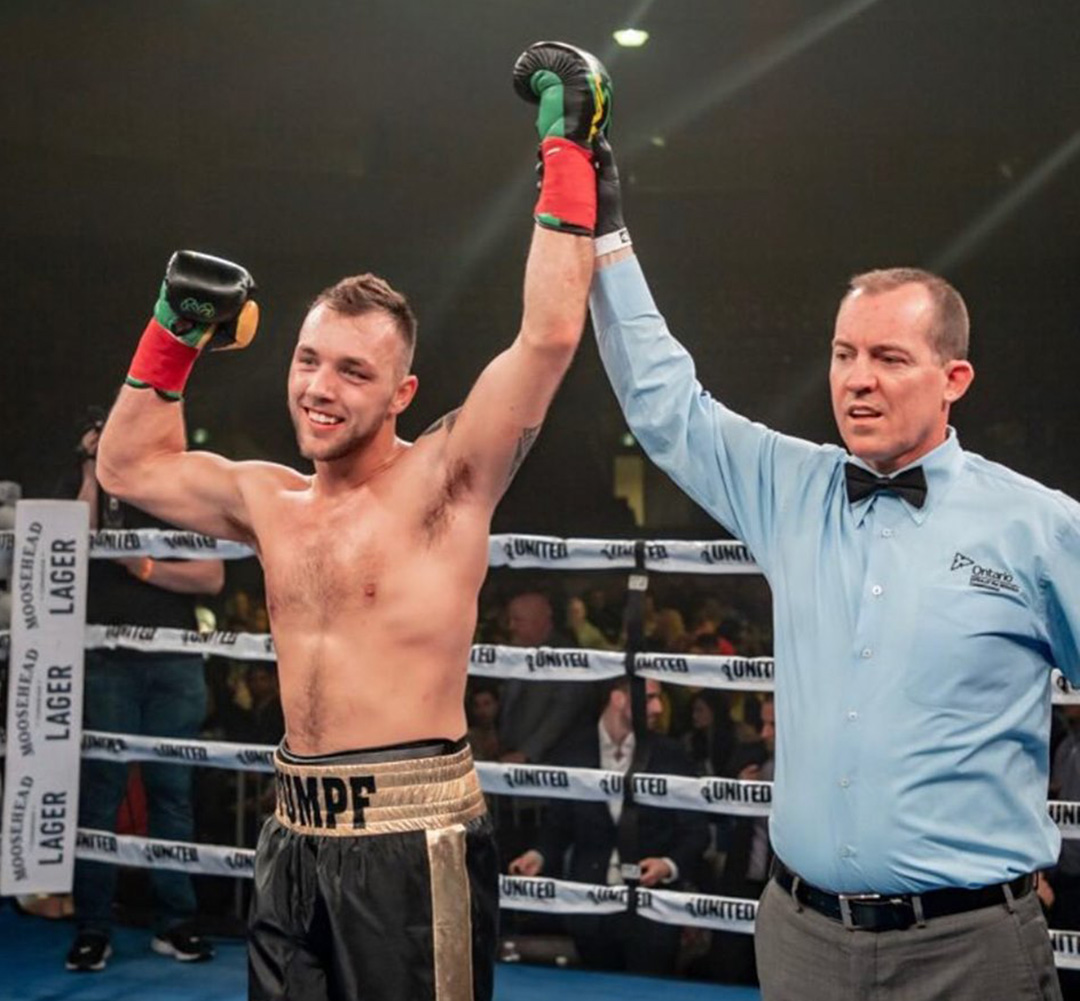 Successful debut - Brock Stumpf of Elora scored a first-round victory over Eduardo Rodrigo Pacheco in Brampton on May 11. Submitted photo

BRAMPTON – Elora native Brock Stumpf stormed his way onto Ontario’s pro boxing scene with a decisive victory in his debut fight at the CAA Centre in Brampton on May 11.

His opponent was Eduardo Rodrigo Pacheco, 33, of Salamanca, Mexico in a cruiserweight match (up to 200 pounds), on a card presented by United Boxing Promotions.

About 170 people from the Elora area and his Guelph gym came out to cheer him on.

“It was great to have such local support – I really appreciate it,” said Stumpf. “I came out super aggressive, and I had good head movement.”

It was all over by the end of the first round.

Pacheco retired to his stool with a cut over his left eye and did not return to the ring for round two, resulting in a technical knockout for Stumpf’s record.

In 2016, Stumpf won a series of matches in Quebec City to earn a gold medal in the Boxing Canada National Championships.

He said that was a big accomplishment that helped him work towards a pro career. He also has some international experience, along with a total of 57 amateur fights under his belt.

Stumpf is also thankful for the opportunity to spar with retired boxer Denton Daley of Brampton.

Boxers must pass a series of medical tests in order to get their pro boxing license.

Stumpf, now 25 years old, has been training at the TNT Boxing Academy in Guelph since age 16, and is coached by Stevie Bailey.