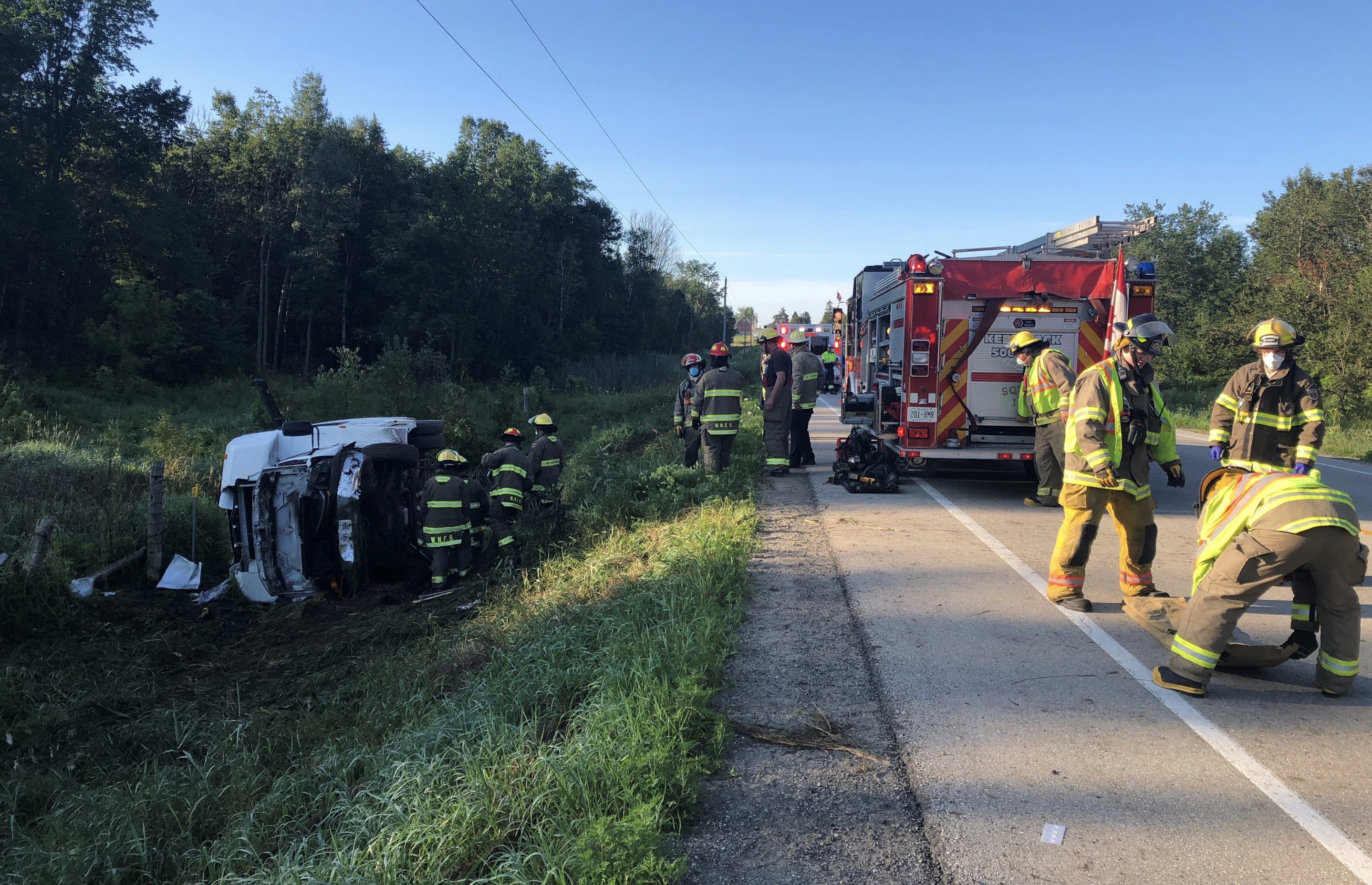 WELLINGTON NORTH – Eight people were injured on Thursday when a small bus carrying 18 passengers rolled into a ditch.

Emergency crews responded to the single-vehicle crash on Wellington Road 16, east of Mount Forest in former West Luther township, on July 30 at about 6:45am.

The bus came to rest on its side in a ditch, stated Wellington County OPP officials.

“Eight individuals sustained non-life-threatening injuries in the crash and were taken to hospitals in Mount Forest and Palmerston for treatment,” police say.

“OPP and ambulance were already on scene when we arrived,” Harrow said in an interview.

“We made access holes in the bus so paramedics could remove people from the bus.”

He noted no other vehicles were involved in the incident, adding, “I don’t know the cause.”

Police are still investigating and anyone with information can call police at 1-888-310-1122.