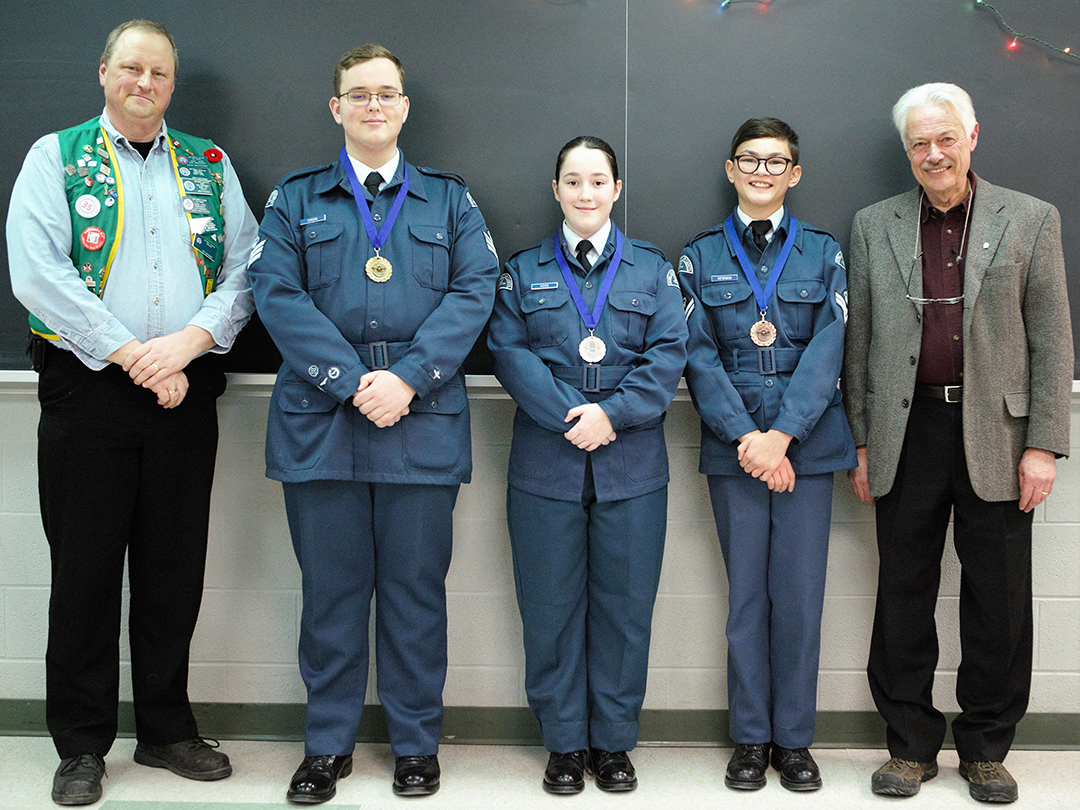 Erin air cadets from the 242 Ross Ferguson squadron participated in an annual effective speaking competition. Left to right are: judge Erik Mathisen (Optimist Club of Erin),  F/Sgt. D. Crook (1st place), Cadet M. Hood (2nd place), F/Cpl. A. Newman (3rd place) and judge Rod Finnie (Rotary Club of Erin). Cadets worked to prepare and memorize speeches that were five to six minutes in length from a list of pre-approved topics. In the second part of the competition, cadets were presented a topic for the first time and had to create a speech two to three minutes in length – with only three minutes to prepare.  F/Sgt. Crook will move forward to represent the squadron at the regional competition in March with his speech focusing on how 3D printer technology may impact our future. Submitted photo