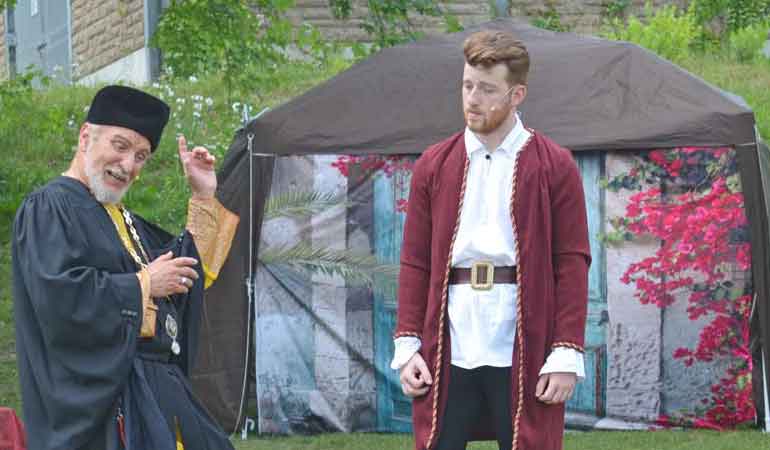 Shylock scheming - Elora Community Theatre presented The Merchant of Venice, directed by Deb Stanson and David Tanner, at Bissell Park in Elora on the weekend. John Dibben (left) played the part of Shylock, while Eric Van Dyke was Bassanio. Performances of the Shakespeare in the Park fundraiser, now in its 6th year, continue this Friday at 7pm, Saturday at 3pm and 7pm, and Sunday at 3pm. This December, the group will stage Yes Virginia There is a Santa Claus at the Fergus Grand Theatre. Photo by Phil Gravelle