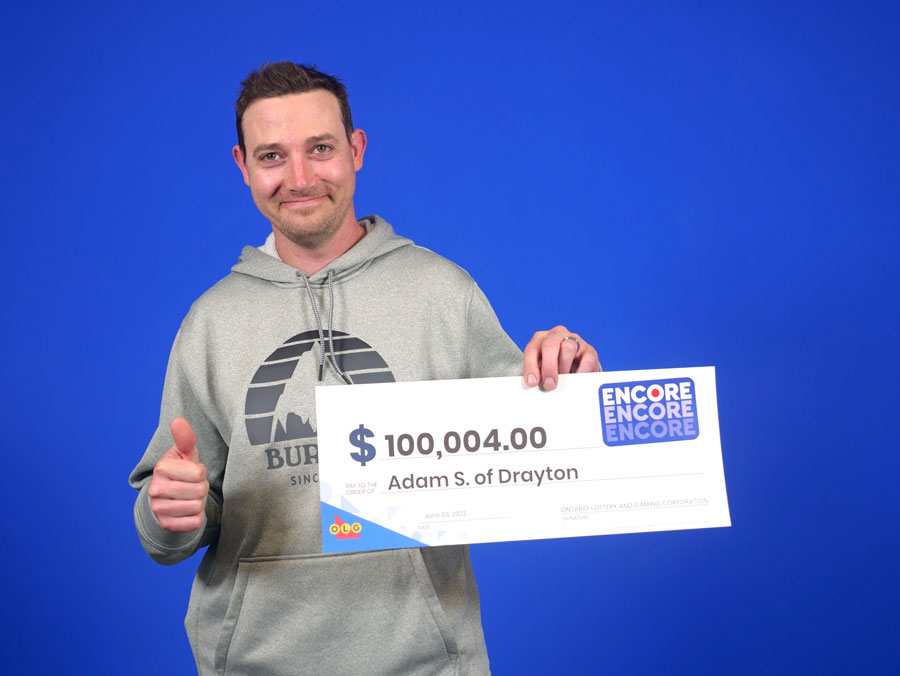 DRAYTON – Adam Surnoskie of Drayton won $100,000 when his ticket matched the last six of seven Encore numbers in exact order in the April 21 Daily Grand draw. He also won $4 on his Daily Grand selection, bringing his total winnings to $100,004.

Surnoskie, a 36-year-old skilled tradesman, said he is a regular player of Daily Grand, Lottomax and Lotto 6/49.

“I always add Encore,” he stated while at the OLG Prize Centre in Toronto to pick up his winnings.

While at the gas station, Adam checked his ticket and saw “big winner” appear.

“I doubted it immediately and checked it again, then handed it to the store clerk. When I saw the lottery terminal shut down it was surreal.”

Surnoskie said his wife stared at him in disbelief when he told her.

“Then she was thrilled. And we started discussing all the possibilities after a high five and big hug.”

He plans to put some of his winnings toward his house, will put some aside for future travel and invest for his children.

“I keep smiling thinking about how this win will benefit my family,” he concluded.

The winning ticket was purchased at Mac’s on Fairview Drive in Brantford.