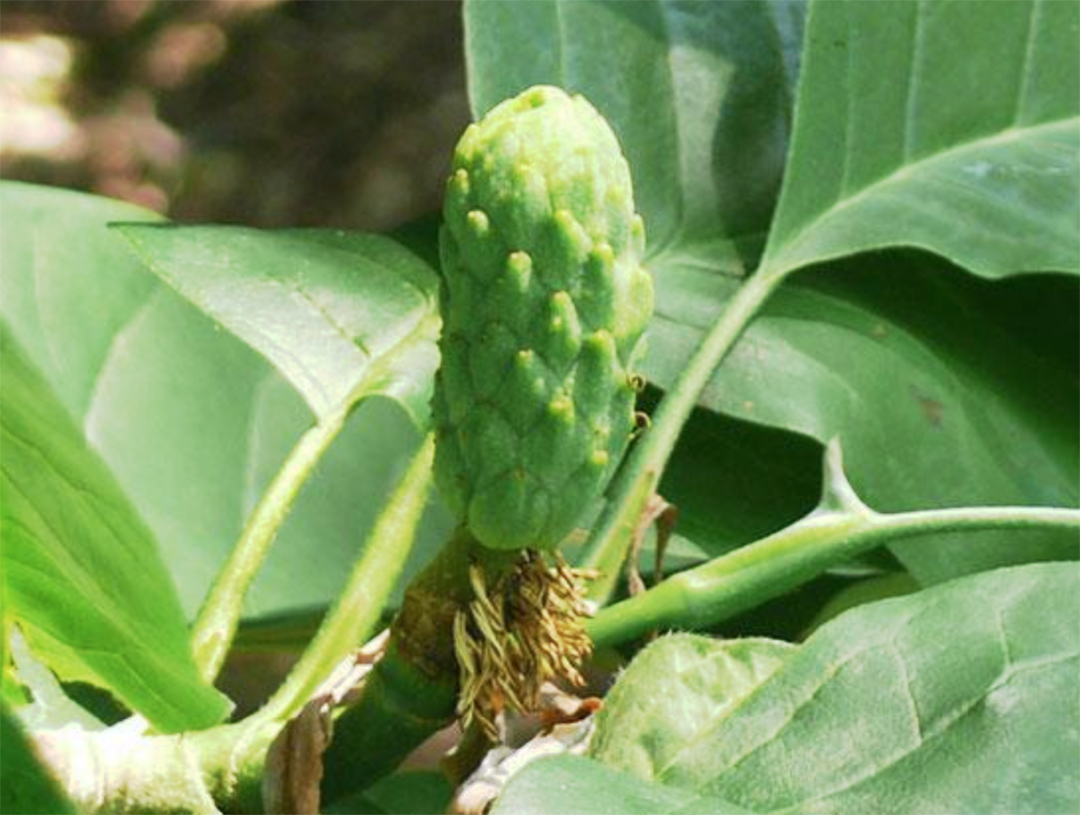 The seed pod of a mature cucumber tree. Photo: tree-guide.com

BRUCEDALE – A donation of $1,000 by Guelph-Eramosa councillor Corey Woods and his wife Kate will bring another batch of cucumber trees to the township this spring.

“Thank you for your generous donation in your effort to re-introduce this species to Guelph-Eramosa Township,” said Robin Milne, director of parks and recreation.

Woods said, “My interest in the trees comes from  a conservation aspect. The cucumber tree (magnolia acuminata) is an endangered tree in Canada.”

The trees, which have seeds pods that look like cucumbers, can grow 30 metres tall. While they are common in the United States, they normally only grow in Niagara Region and Norfolk County in Canada. It is the only species of magnolia native to Canada.

Woods said the University of Guelph Arboretum has a stable population of cucumber trees that are reproducing. The trees are planted in pairs to promote pollination, which is done by beetles.