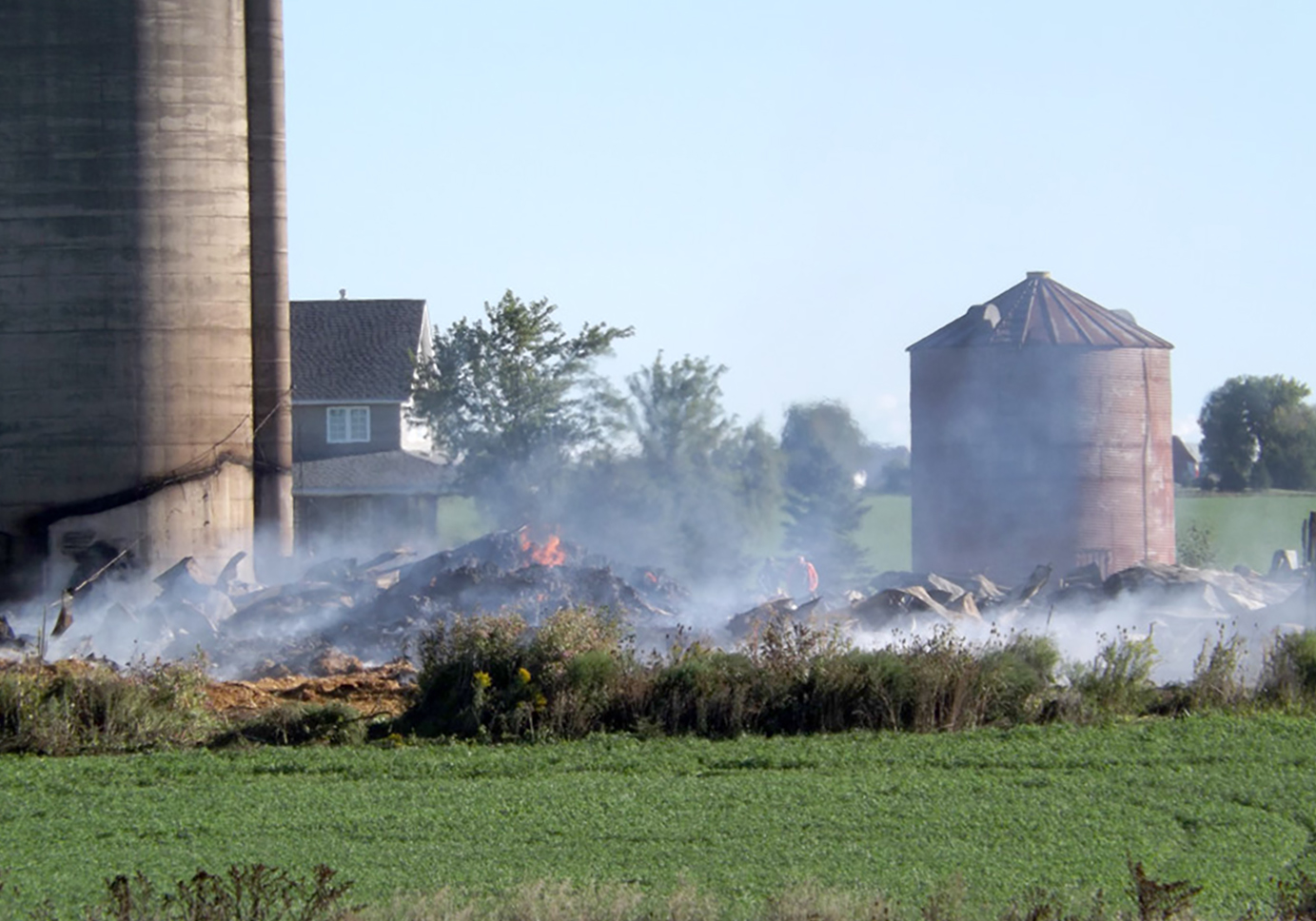 A barn on a property near the intersection of Wellington Road 10 and Mapleton Concession 3 was destroyed by fire on Sept. 3.
Photo by Patrick Raftis

MAPLETON – No one was injured and no livestock was lost as fire destroyed a barn here on Sept. 3.

Mapleton firefighters were called to the blaze at the corner of Wellington Road 10 and Concession 3 in Mapleton Township at around 1:45pm.

Fire Chief Rick Richardson said someone had been burning some garbage outside “and the wind just caught it and the barn took off.”

County and township officials closed the road and asked motorists to avoid the area.

Richardson said no one was injured in the fire and there was no livestock in the barn, which was completely destroyed.

Firefighters were able to prevent the fire from spreading to a house and other structures on the property.

Firefighters from Minto, as well as Mapleton, responded to the blaze.

Richardson said some firefighters remained on the scene until around 9:30am the following morning in case of flare-ups.