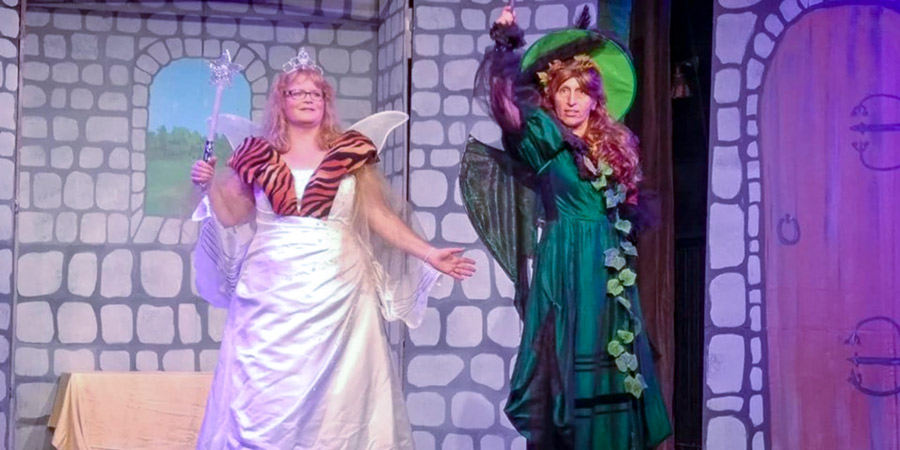 Panto - From lefT: Jennifer Allin Heltcher as the Fairy Queen Tiger Lily and Angie Sapalovski as the evil fairy Poison Ivy will be appearing in Sleeping Beauty, the pantomime, at Century Church Theatre from Nov. 17 to Dec. 1. Submitted photo

Sleeping Beauty, written by Jo Phenix, and directed by Doug MacDougall, delivers fun for the whole family, and a whole new twist on the traditional tale, with some unexpected characters, fabulous costumes by award-winning Trish Hamilton, music, dance, and zany comedy, as good defeats evil, and everyone lives happily ever after, officials say.

The production is entered in the ACT-CO Festival, where Century Theatre Guild  pantos have won numerous awards and nominations in past years, officials say.

Tickets are $13 by phone  or $10 with cash at Brighten Up in Erin and the Hillsburgh library.

Call the box office at 519-855-4586, visit online at  www.centurychurchtheatre.com, and check out the pictures on Facebook.