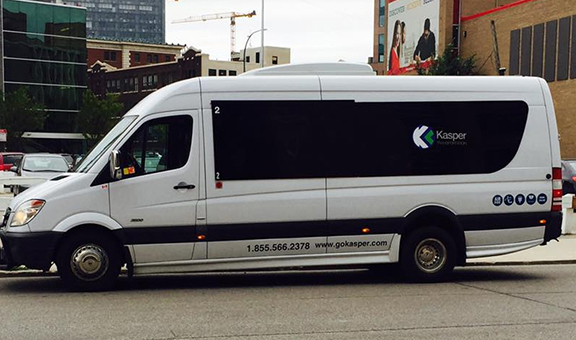 KENILWORTH – A new bus line is expanding into Wellington County.

The route will operate Monday to Saturday with buses heading south from Owen Sound at 8am, arriving in Guelph at 10:25am before heading back north to arrive in Owen Sound at around 1:11pm.

At 2:30pm the bus would again head south arriving in Guelph around 4:55pm, before heading north for a 7:41pm arrival in Owen Sound.

Kasper Wabinski’s Thunder Bay-based Kasper Transportation launched a route between Owen Sound and Guelph in mid-January with the same model (a 14-passenger van) it uses in the north.

Wabinski’s goal is to build a network that’s reliable, comfortable and affordable.

Guelph is Wabinski’s hometown so he said it was easier to set up a second base there, where he has family and other connections.

Kasper Transportation is currently adjusting departure and arrival times on its routes. To minimize the risk of missing a bus, officials suggest arriving at the departure location at least 15 minutes early.

Check with a Kasper Transportation ticket agent at least one hour before travel time (or the previous night) for departure times and seat availability. For information visit gokasper.com.

Late last year, the City of Owen Sound approved a pilot project for a twice-daily bus service between Owen Sound and Guelph operated by London-based Voyago.