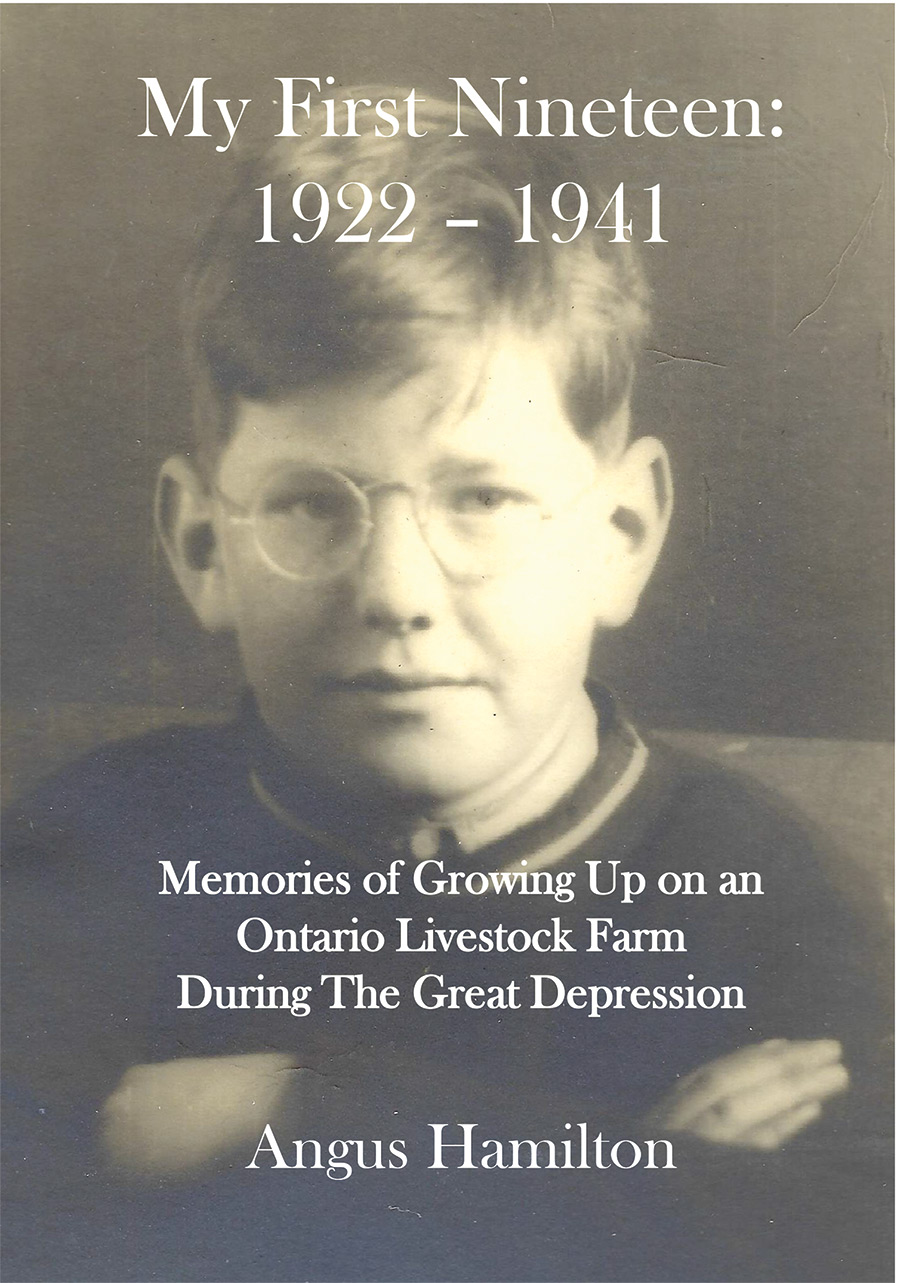 Memories of rural life - A new book by former Maryborough township resident Angus Hamilton offers a look at life in the rural community now know as Mapleton during the Great Depression.

MAPLETON – A new book by a former township resident offers a look at rural Ontario life during the Great Depression.

My First Nineteen: 1922 – 1941 – Memories of Growing up on an Ontario Livestock Farm During the Great Depression is a recently published book by author Angus Hamilton.

It covers Hamilton’s experience growing up in Maryborough Township (now part of Mapleton) near Moorefield, in Drayton and later in life as a bank clerk living in Elmira.

The book provides insight into what it was like growing up as a child in that time, going to school, living on a farm and what community life entailed.

“When one reads this book, you can see how the community and its people, neighbours and friends, supported and encouraged each other through some very difficult times and shared in the fun that was to be had as well,” said Mapleton resident Liz Samus.

Hamilton, who has lived most of his life in New Brunswick, still feels strongly connected to the Mapleton area and has maintained lifelong friendships there.

“He has not forgotten his roots. I believe readers will find this book a great read especially as we got through this pandemic,” said Samis. “You get to see Angus’ character, himself, developing as a young man.”

Samis said she believes the book will appeal to a wide audience of readers, including those seeking to learn more about the community they live in now, but also wanting  a glimpse of a different period of time.

“It is not a heavy book and you can see Angus’ sense of humour throughout,” Samis adds.

Hamilton served overseas as a radar mechanic during the Second World War, came back and got a bachelor’s and a master’s degree in engineering physics. He went on to work as an engineer, surveying central, northern Canada including the Arctic islands, worked with the Dominion Observatory measuring gravity and later as a teacher and researcher for the Engineering Department at the University of New Brunswick, where he is now a professor emeritus.

Retired at age 98, Hamilton helps out on the New Brunswick apple farm he lives on.

Anyone interested in getting a copy of Hamilton’s book, is invited to contact Samis at samisre@highspeedfx.net or 519-669-9209. Limited copies are available for a cost of $20.

If demand is sufficient, a waiting list will be created and more books will be printed. Copies are also available through Heritage Funeral Home in Drayton by contacting Mary Thompson.