The body of a deceased person was removed by emergency workers from the gorge below the David Street bridge in Elora on Sept. 21.
Photo by Jordan Snobelen

ELORA – At around 10:30am on Sept. 21, Wellington OPP, Centre Wellington Fire Rescue Services and Guelph-Wellington Paramedic Services responded to a report of an injured person below the David Street Bridge in Elora, according to a Wellington OPP press release.

Emergency workers descended into the gorge below the bridge and located a person without vital signs.

The individual was pronounced dead at the scene.

The Advertiser observed Centre Wellington Fire Rescue Services removing the person’s body from the gorge as several passersby looked on. 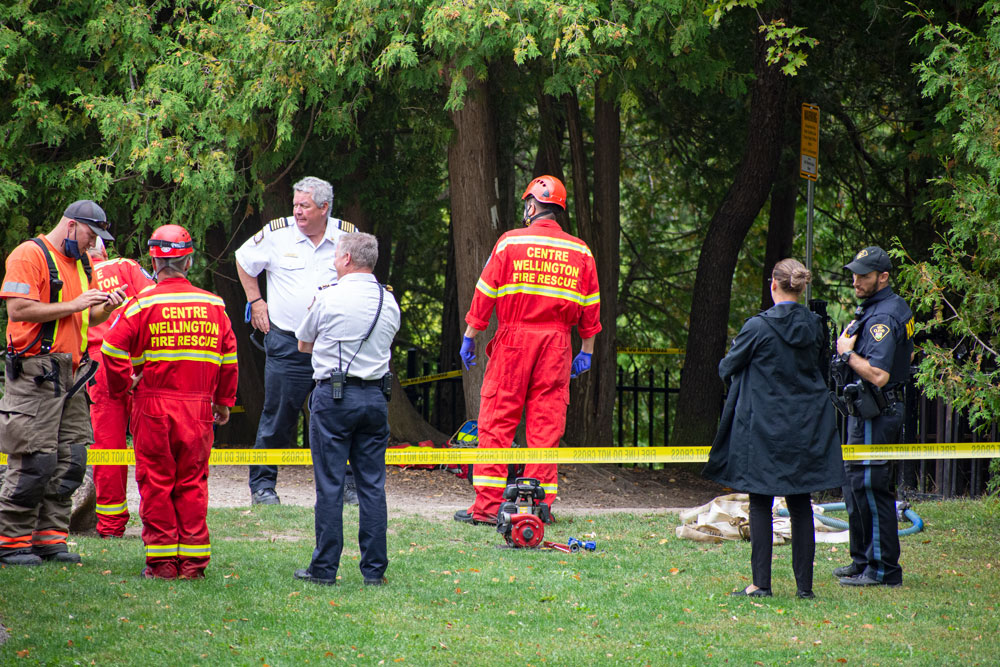 The circumstances of the individual’s death have not been made clear.

Wellington OPP media staffer Cheri Rockefeller told the Advertiser at the scene on Tuesday afternoon the crime unit and the coroner are investigating the death.