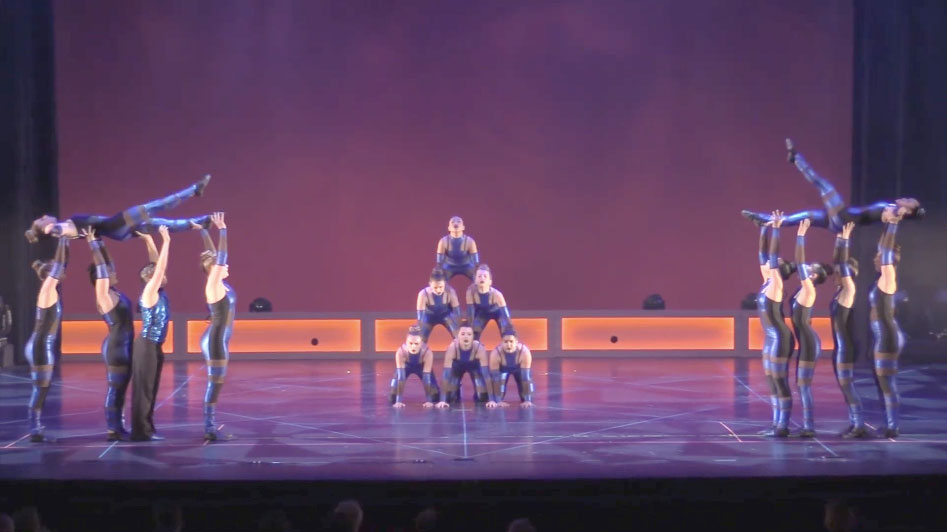 Elevating everyone – The Upper Grand District School Board students of the Beyond Borders class of 2021 have raised $30,000 for local organization in this year’s virtual event, Elevate. Here, a screen shot from the virtual event held June 24 of dance performance from the Holly Hughes Dance Academy. Submitted photo

GUELPH – After putting endless weeks and hours into event planning, the Upper Grand District School Board (UGDSB) students of the Beyond Borders class of 2021 have raised $30,000 for local organizations in this year’s virtual event, Elevate.

“It was an amazing experience and we’re all so grateful that it came together the way that it did,” Beyond Borders chief of operations and student Morgan Eastwood said.

This year, with many events being online due to the pandemic, the Beyond Borders class put their resiliency to the test as they approached planning the annual event from a new angle.

Eastwood said seeing the event come together was a proud moment for herself and her class, adding that it acted as a send-off for the Grade 12 students as they rounded up their final semester.

“It was our graduation from Beyond Borders and so being able to watch that back… it was awesome, it went really well.”

All proceeds from the event were donated to Doctors Without Borders, McMaster’s Children’s Hospital and Guelph General Hospital.

Tickets were sold by household. The event saw approximately 800 viewers, when accounting for household viewing numbers, according to Eastwood.

Each year, the experiential learning program ends its semester by organizing, planning and hosting a fundraising event. Every aspect of the event is coordinated by the students.

The Beyond Borders class put endless weeks and hours into the event, so to see it all come together was a special moment for the students Eastwood explained, noting there were even times when it was hard to see how everything was going to come together.

“I think we were all just so proud to see what we were capable of and to be able to watch it was amazing, we were all so happy with the result.”

Eastwood said they’ve been in touch with this year’s charities who have expressed their gratitude for the event turnout, adding that the viewer feedback from the community has also been very positive.

Eastwood said not only were they proud of how the event came together, but that they were able to raise the money that they did.

“It was a tough year, obviously businesses are struggling with their own funds and so to be able to even have that much to give back was just amazing for us.

“Any amount of money raised is important right now and… we’re so proud to have raised the money that we did during these times and the amount that we were able to give back.”

Eastwood added the program acted as an escape for herself and her classmates, that it gave them something positive to focus on during a “crazy” final semester amid a pandemic.

Eastwood said she’s grateful to have had that opportunity and it’s an experience that she’ll hold with her for a long time.

“We know it’s making a difference in our community and we’re so proud to be able to be involved in something like that.

“To be able to see the result of this event come to life is so rewarding for us and I think it’s just an amazing testament to what students and young people can do.”