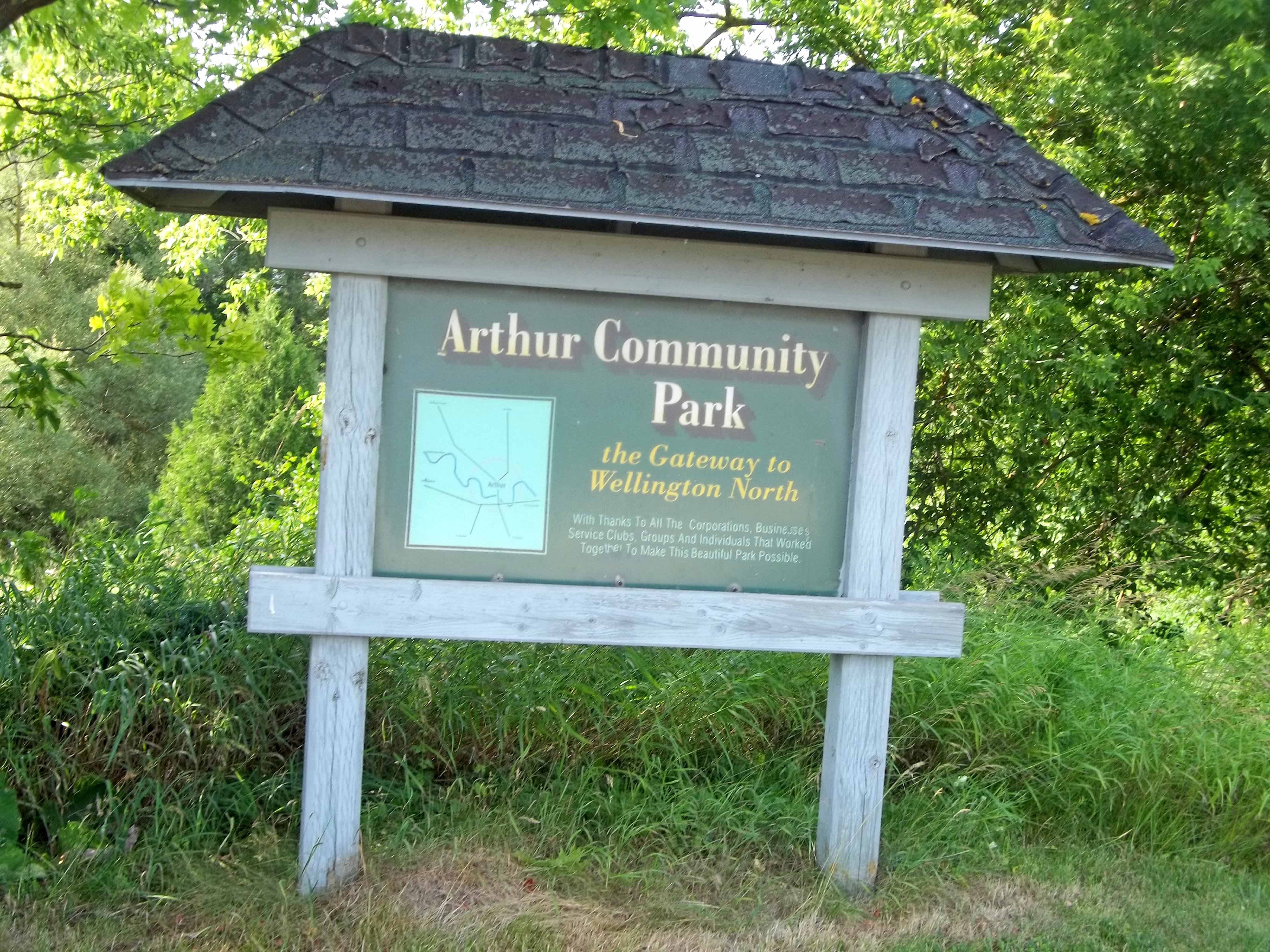 Kiosk removed - The Arthur Community Park sign once recognized the corporations, businesses, service clubs, groups and individuals that worked together to make the park possible.
Photo by Mike Robinson

ARTHUR – It looks like the information kiosk at Arthur Community Park may be a thing of the past.

The kiosk sign was located between the LCBO and PetroCanada on Wellington Road 109 atop the ravine leading down into the park area beside the Conestogo River.

Wellington North CAO Mike Givens stated, “The kiosk was in such disrepair that it created a health and safety risk and needed to be removed.”

The kiosk was installed by the Lions Club with village approval in the mid-1990s.

Givens stated he was uncertain of the discussion in the 1990s, “but the current Arthur Downtown Revitalization committee is focusing significant time and energy on the Arthur gateway signs and the Arthur cenotaph. That is really the focus at this time.”