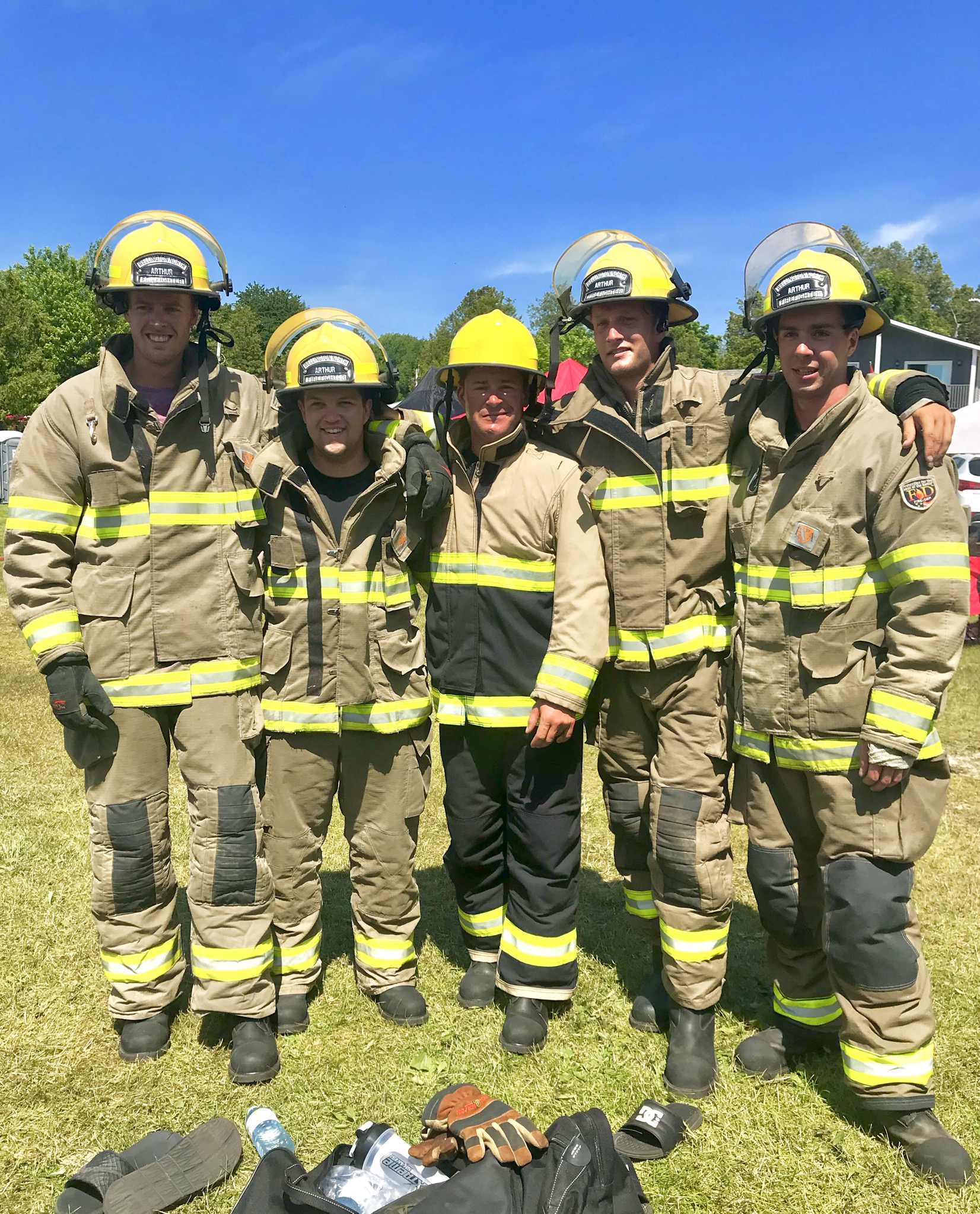 Scott FireFit Championships - Arthur Firefighters participated in a regional Firefit competition in Port Elgin over the July 14 to 15 weekend. It is the first time Wellington North has fielded at team. They made it to the second round in the knock out tournament. The WNFS station 90 team included, from left: Brendan Carrol, Mitch Chouinard, Maynard Weber, Thomas Holjevac and Brad Stark. The competition is based on fire fighting tasks commonly performed in emergency situations. The event is very demanding and training prior to competition is imperative, officials state. Submitted photo