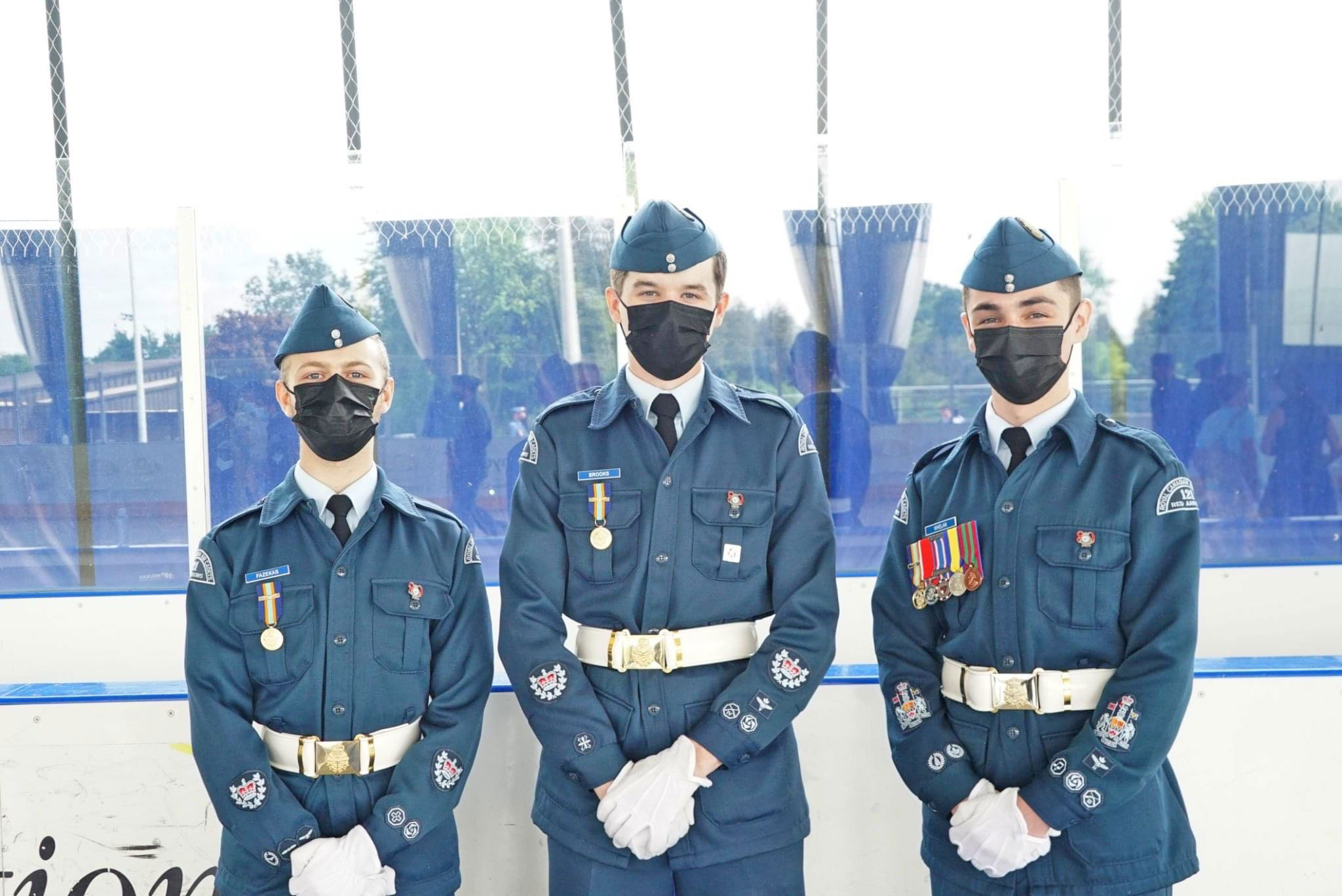 Ceremonial review - Three of 121 Squadron’s hardest working cadets (l - r) WO2 Fazekas, WO2 Brooks, and WO1 Whelan, all graduating from the cadet program and going on to aviation careers. Submitted photos

On parade were a total of 71 Cadets, with over 250 guests, including special guest and Reviewing Officer Lieutenant Colonel M. Ortiz-Sosa, CD, Commanding Officer of the 11th Field Artillery Regiment. 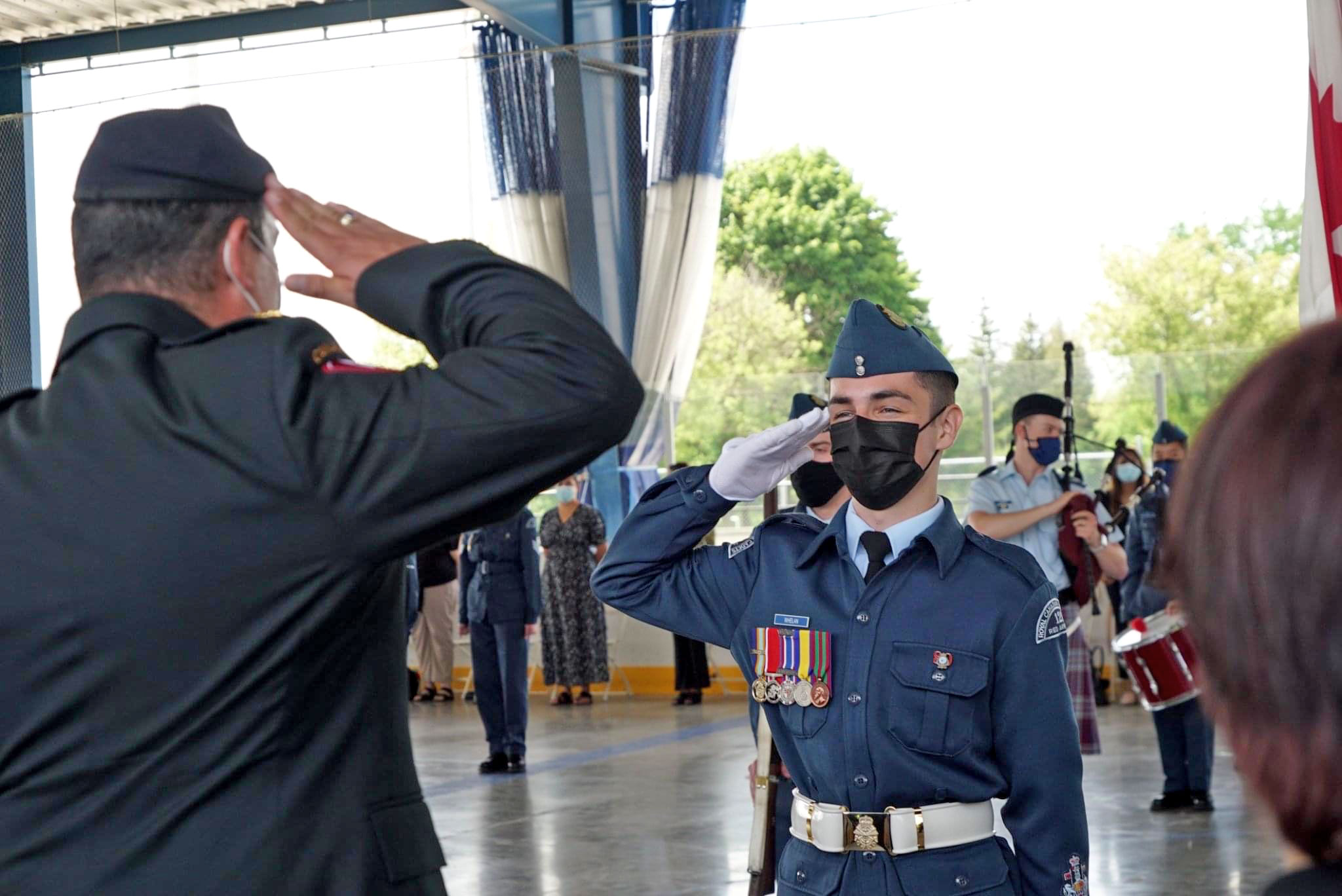 Ceremonial review – LCol Oritz-Sosa receives a General Salute from WO1 Whelan and all 121 Squadron.

Moments before the ACR commenced, the 121 Squadron cadets enjoyed a surprise flypast by the Tiger Boys in vintage aircraft, flying directly overhead in Vic formation, similar to the way geese fly in a ‘V’.

During the ACR, in which cadets were inspected, the pipes and drums played, and speeches of appreciation delivered, the following awards were presented:

A moment of silence, followed by a lament, recognized losses of loved ones during the last two difficult years.

After the ceremony, while everyone chatted and savoured some refreshments, they were treated to a second flypast by the Waterloo Warbirds, to recognize the cadets for a great year!