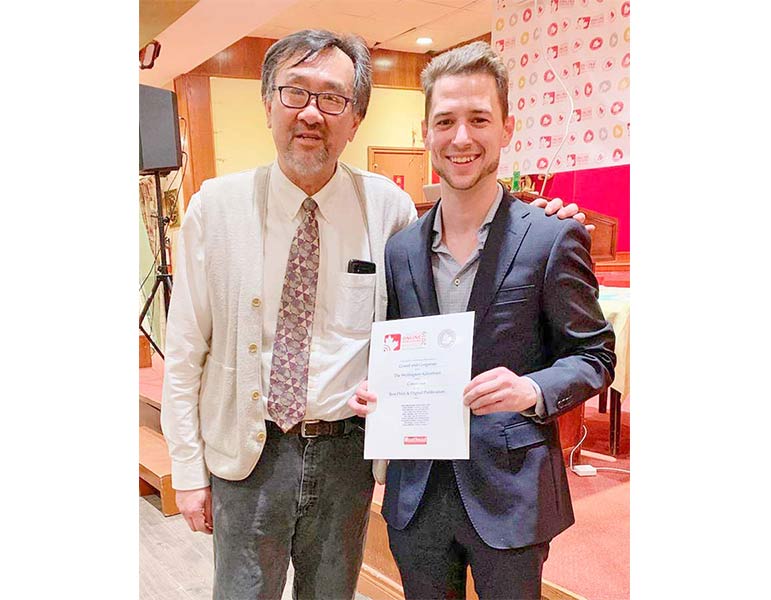 TORONTO – The Wellington Advertiser was honoured with a silver award in the Best Print and Digital Publication category at the Canadian Online Publishing Awards (COPA) on Jan. 9.

The judges were impressed with Grand and Gorgeous, a destination guide produced by the Advertiser, featuring the top ten things to do in Elora and Fergus.

“We are proud to receive national recognition for our local publication,” said Advertiser publisher Dave Adsett.

Available at grandandgorgeous.com, and at tourism and retail outlets, the guide highlights visitor options for accommodations, dining and shopping.

It was a close second to Vancouver Magazine, which won gold for Best Print and Digital Publication.

The COPA winners were recognized at a dinner party event on Jan. 9 at Dim Sum King in Toronto.

Accepting the award for the Advertiser were production manager Helen Michel and sales representative Drew Mochrie.

The event was broadcast live on Twitter through the #mastheadmag and #COPAwards hashtags.

The COPA Awards, through its partnership with News Canada and its members, saw two community news publications win silver.

In addition to the Advertiser’s award, Soo Today, part of the Village Media network, won silver for its article on steel mills in the category Best Continuing Coverage of News Story.

Overall the biggest winner was Hakai Magazine of Victoria, BC, with six gold and three silver awards.