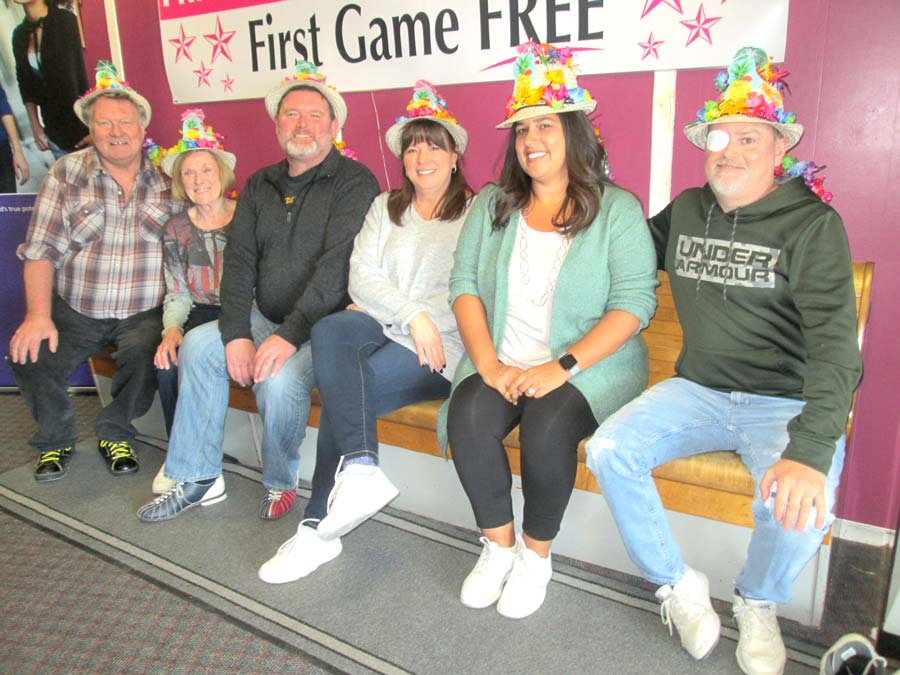 Les Dyce, Rosemary Dyce, Glenn Dyce, Tracy Dyce, Shawna Lougheed and Al Lougheed, calling themselves Arthur’s Finest, donned their craziest hats and bowled with the Mount Forest Community on Sunday as they were unable to bowl on the day designated for the Arthur Community.
Photos by Lynne Turner

Bowl for Kids Sake – The Mount Forest Community was represented by 148 bowlers supporting Big Brothers Big Sisters of North Wellington’s Bowl for Kids Sake on Feb. 8.  A total of $14,341 was raised, bringing the overall campaign total to $25,204 thus far. 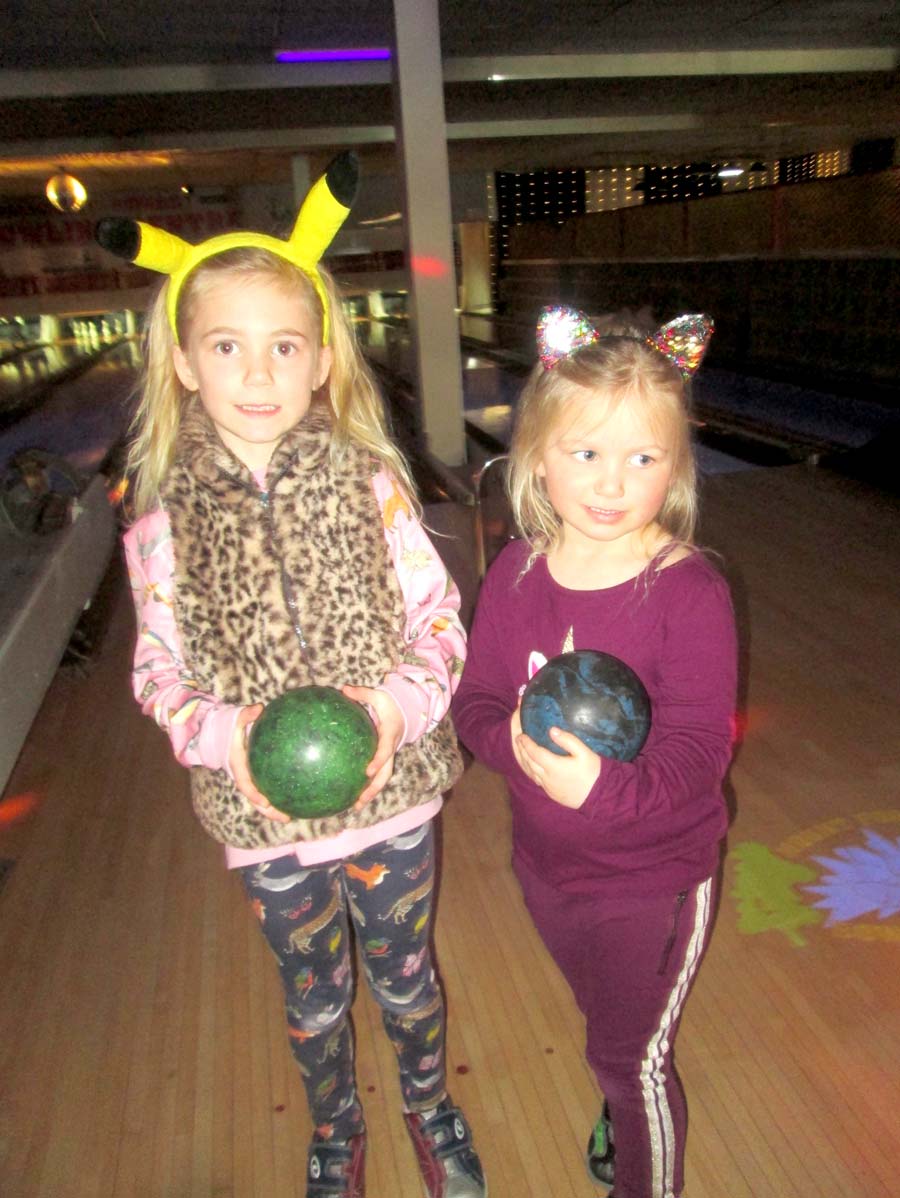 Five-year-old Kenna McCorquodale and her four-year-old sister Layla were among the youngest bowlers taking part. They were bowling with their their mother Jenny, Debbie Hunter, Holly Hoffman and Mike Hoffman on a team entered by BMO, Mount Forest. 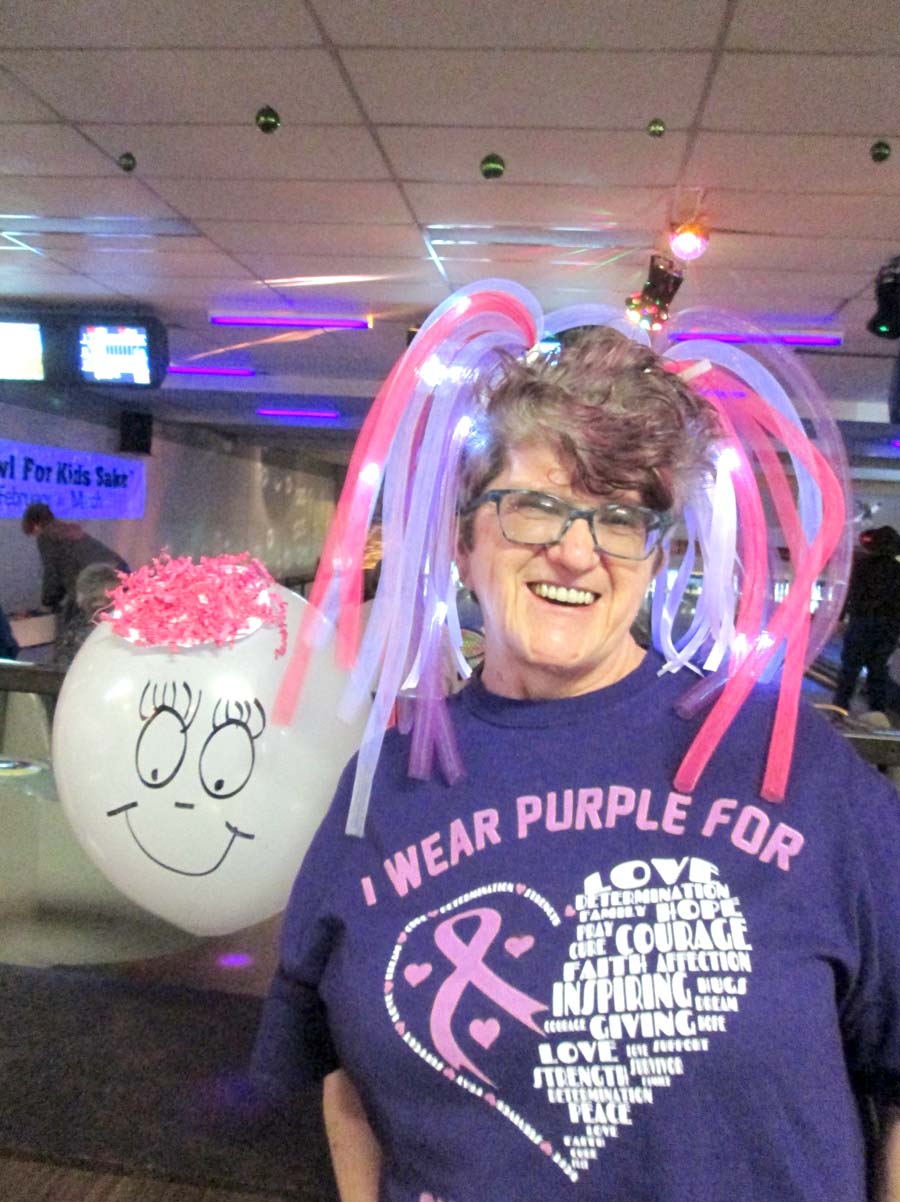 Bonnie Kaye of Harriston was bowling with the Mount Forest Dana Dynamos. The Mount Forest Bowling Centre was decorated with balloons, painted faces and wearing hats, as this year’s theme of Bowl for Kids Sake was “crazy hats.”