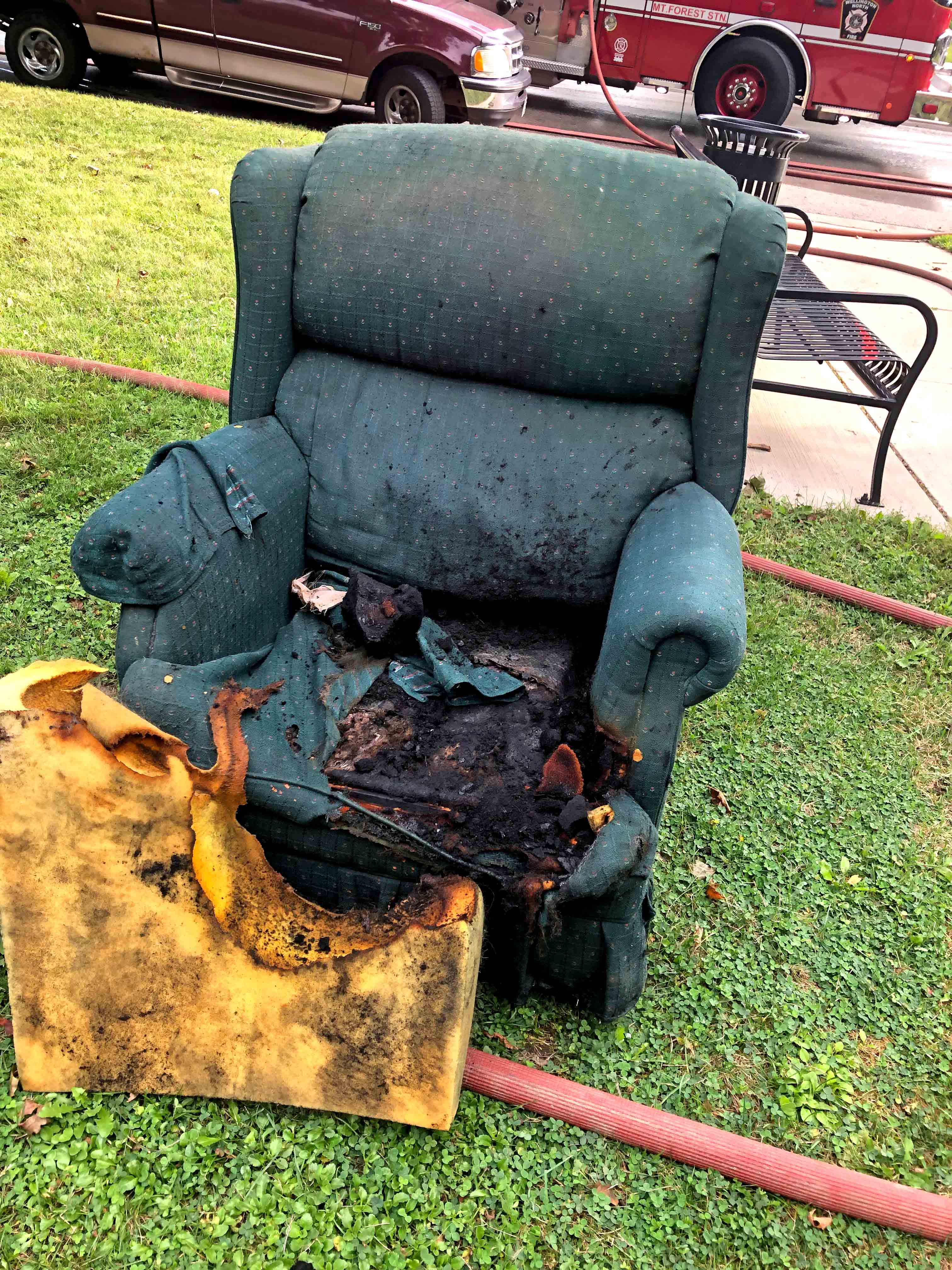 Chair fire - Charges are pending following a fire in a Mount Forest apartment building on Sept. 1.

Guilbault stated upon arrival, firefighters found a chair on fire in Apt. 8.

“Smoke conditions were minor and confined to the apartment. As a precaution, approximately 10 tenants were evacuated,” he said.

Both Mount Forest Fire Service and the OPP responded.

Guilbault added there wer no injuries to firefighters or civilians.

Guilbault stated “The fire is being treated as accidental at this time. The tenant in the apartment of fire origin was sleeping in the chair that caught fire.”

He stressed “It is illegal in Ontario for tenants to remove or tamper with a smoke and/or carbon monoxide alarm. Violations could cost the tenant or corporation a $235 ticket to $100,000 fine.

Guilbault stated “Charges are pending against the tenant and the management company.”