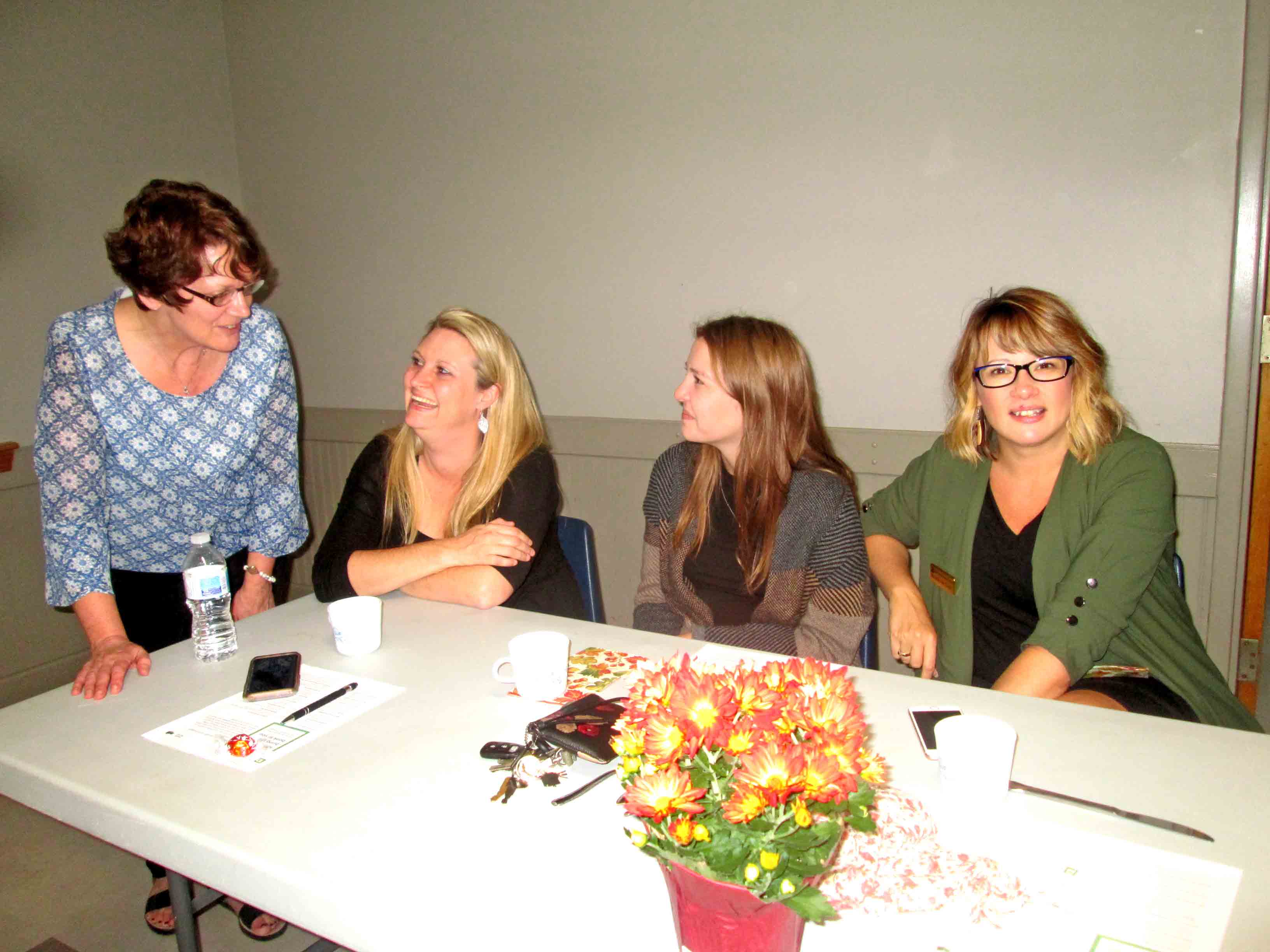 Networking - WOWSA has always been about networking and last week’s 10th anniversary celebration was no different. Sandy van Dongen, left, a founding member of the initiative, chats with Sharon Wenger, a current committee member and Devon Madden of the Mount Forest Chamber of Commerce. Photo by Lynne Turner

MOUNT FOREST – It was a walk down memory lane on Sept. 26 when WOWSA (Women of Wellington and Saugeen Area) gathered at the Mount Forest Fire Hall to celebrate 10 years of connecting female business owners and professionals.

WOWSA  has been bringing women in the region together to learn, network and socialize since September 2009.

“It doesn’t seem like 10 years since we launched this initiative for women in Wellington and the Saugeen area,” said Sandy van Dongen, one of the founding members of WOWSA.

TD Canada Trust sponsored the first meeting, on Oct. 23, 2009 and was also the sponsor of the 10th anniversary party.

WOWSA was established by eight women from Minto and Wellington North who, van Dongen said, “came together believing that there was a place for a business network for women who owned their own businesses or who were working in established businesses.”

Workshops, social events and meetings with speakers have been presented over the years.

In 2017-18 WOWSA was expanded to include Hanover and, in 2019 West Grey and Mapleton also joined the initiative.

The committee overseeing WOWSA consists of three representatives from both Wellington North and Hanover, two from Minto and one from West Grey.

Since 2014 WOWSA has presented a $250 annual bursary to a female graduate of a local high school who is pursuing post-secondary education with an eye to owning her own business.

The WOWSA Spirit Bursary was renamed the Jenny Whetham Memorial Bursary after her untimely death in 2017. Whetham was among the founding members of WOWSA.

“She was a driving force behind this group and we miss her very much,” van Dongen said.

The guest speaker at the 10th anniversary celebrations was Rochelle Ivri, a Canadian citizenship judge and paralegal professor at Mohawk College.

She spoke on “The Next 10: What women in leadership need to grow our success, satisfaction and sustainability in the next 10 years.”

“The totality of your experiences lead you right to where you need to be,” said Ivri.

The evening featured “food, fun and fresh insights sure to inspire and motivate” those attending, whether it was her first, 10th or 50th WOWSA event, officials say.