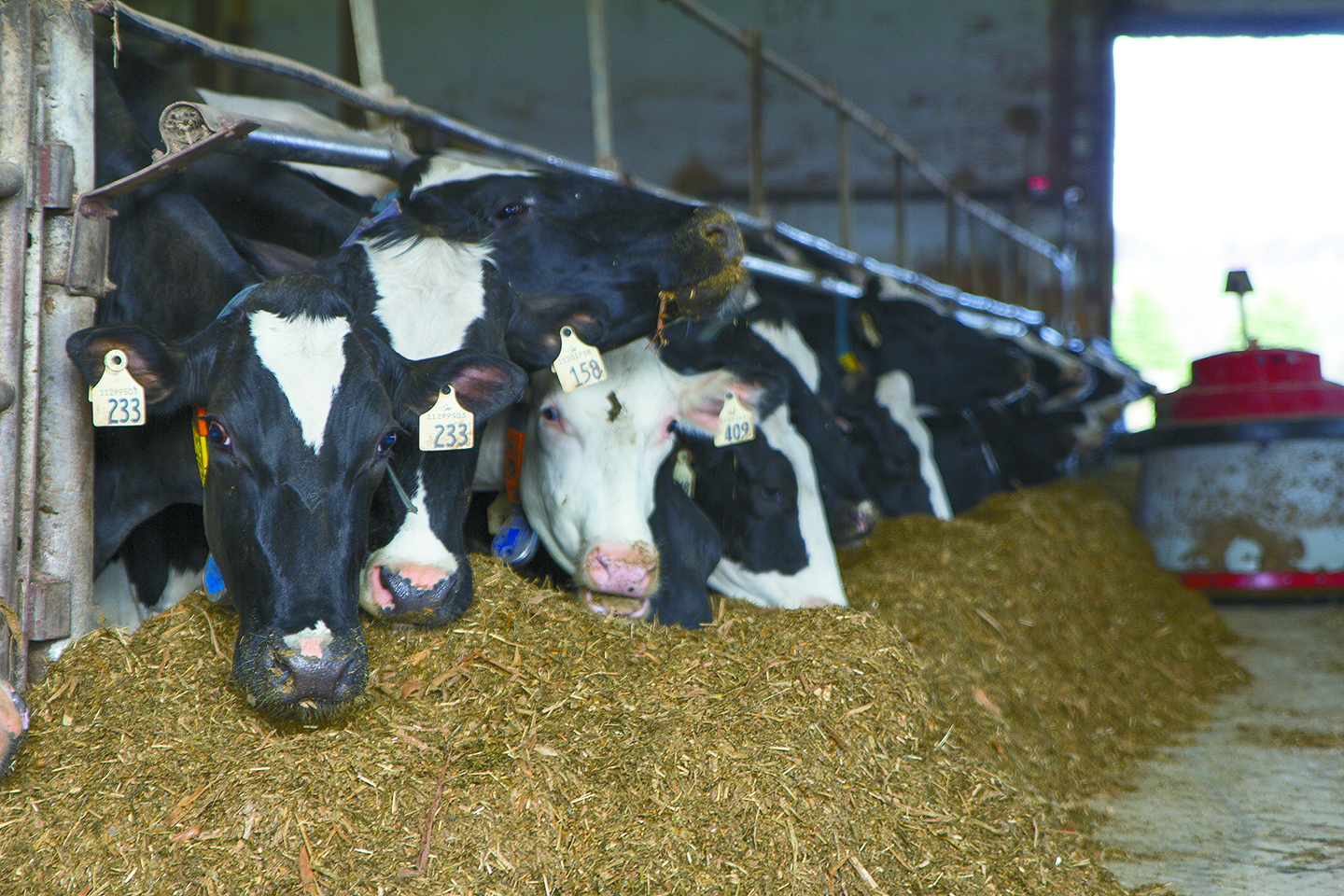 WELLINGTON COUNTY – Supply chain problems and production bottlenecks are among the biggest challenges facing local farmers through the COVID-19 crisis.

Though such issues are not new, Wellington Federation of Agriculture president Janet Harrop said the pandemic has magnified the problem.

“It’s been an issue for a lot of years because of, just simply, efficiencies,” she explained.

“Some of the processing companies have gotten larger; they have to because of economics. So then when you have a processor go down, you have a significant bottleneck. That’s a problem in the dairy industry, but it’s even larger in the beef industry.”

Harrop added, “In the fall there was a plant in Toronto that was closed and there’s another one, I believe, that is down right now and they (beef farmers) had animals that were coming off grass in the fall that they normally send to market and there was no place to process them … consumers were wanting the product, there were markets for it, but the processing in between was not there.”

She noted the Ontario federation of Agriculture has been working with the provincial government on provincial and federal inspection requirements related to abattoirs to provide some relief and “give a little bit of flexibility in the system.

“It’s something we’ve been talking to the federal government about for some time and COVID has just exacerbated the situation.”

An example of the fruit of such discussions is $20 million in funding announced by the federal government on April 14 to support food inspection services.

The funding, announced by Minister of Health Patty Hajdu, Minister of Agriculture and Agri-Food Marie-Claude Bibeau, will support the hiring, training and equipping of additional staff (including recently retired Canadian Food Inspection Agency [CIFA] inspectors and veterinarians) to conduct inspection activities and allow the CIFA to reassign staff to focus on critical services and work with industry and trading partners to minimize supply disruptions during the crisis.

The money will also support development of flexible ways to carry out inspections, including through the expanded use of electronic tools such as tablets and access to the CFIA’s remote service delivery network.

“This increase in competencies will ensure that the CFIA can remain agile and responsive despite the challenges posed by COVID-19,” states a joint press release from the ministers.

While the dairy industry received considerable attention when some producers were directed by Dairy Farmers of Ontario to dump milk due to an oversupply, Harrop said the problem is starting to correct itself.

“Two or three weeks ago there was some milk dumped but there hasn’t been any dumped since then.”

Harrop said holes in the supply chain are frustrating to both producers and consumers.

“As producers we have actually way too much milk and the consumer is looking for dairy product in store,” she explained. And yet, she pointed out, “Some of the stores are limiting dairy products (i.e. one or two to a customer) because they want to make sure their shelves have some product on them. So, it is a bit frustrating as a producer because we have the product and the stores are wanting the product.”

Harrop said the agricultural supply chain is “really complicated,” with producers having trouble obtaining needed supplies “because the people that we normally get products from are either closed or they have eliminated staffing.

“We can still get the product, but something that we could get in maybe a day or two is taking maybe five or seven days for us to get,” she said. “We plan well in advance and often buy in bulk. We purchased the seed we’re putting in the ground now in December, so that type of thing isn’t a big issue.”

However, Harrop cited trouble obtaining fertilizer for the Fergus-area dairy operation she runs with her husband because the supplier was short-handed.

Restrictions on the restaurant industry are also impacting agriculture, said Harrop. Restricted to take-out service only, restaurant sales are down significantly. 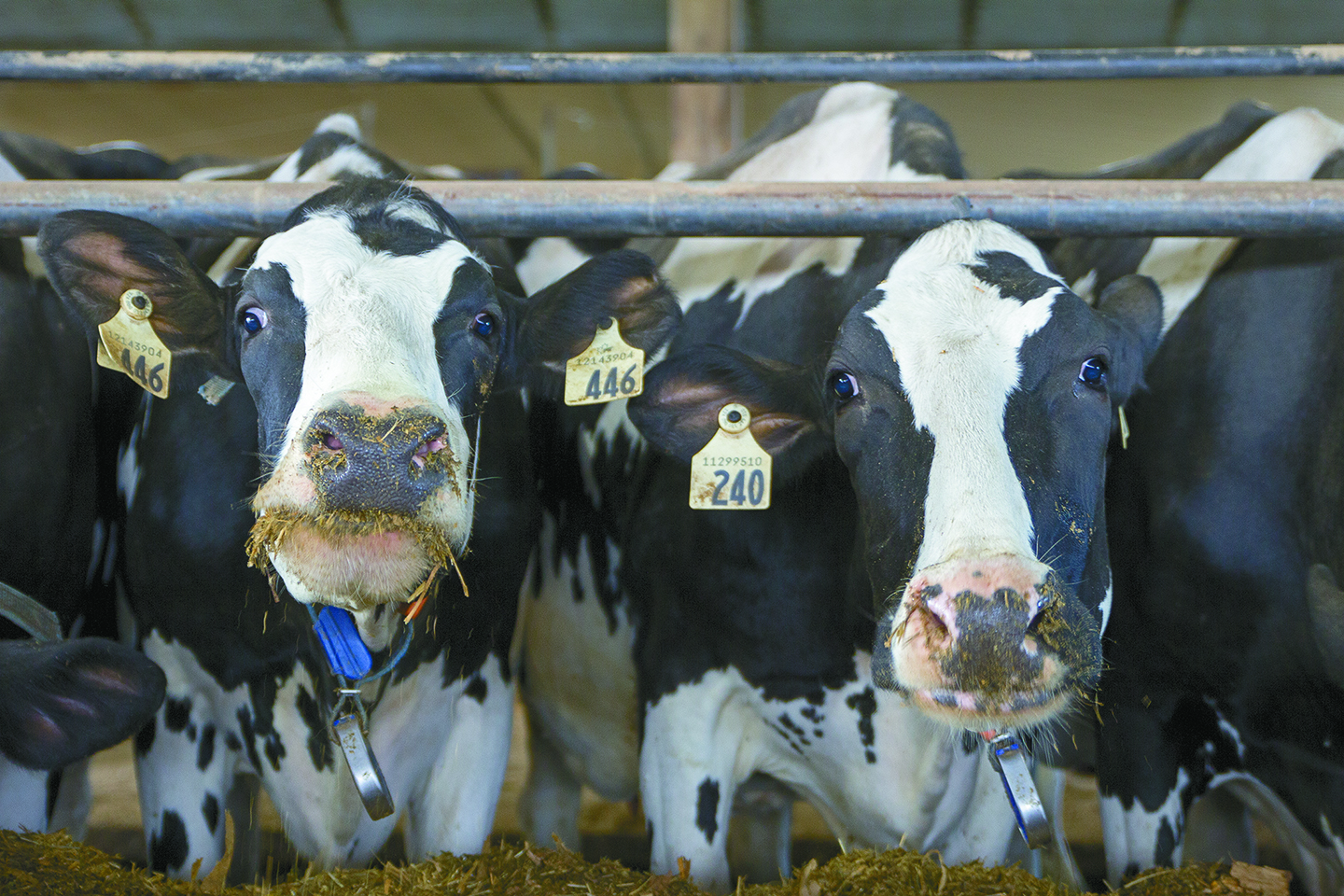 She added much of the pork produced in Ontario is exported, “And a lot of it is exported live into the U.S., where it’s processed and there was a large plant in South Dakota shut that processes about five per cent of all the pork in the U.S.”

The South Dakota plant was closed because of a number of cases of COVID-19 in employees.

Harrop added two meat processing plants that were closed in Quebec for the past two weeks are now opening up again.

“So that’s hopefully going to help with some processing capacity,” she said.

While some government programs aimed at assisting the agri-food industry are being rolled out, Harrop noted they aren’t always a perfect fit for farmers.

On April 17 the federal and provincial governments announced $1 million in new funding to help fill in-demand jobs in the agri-food sector through the Canadian Agricultural Partnership.

Agri-food industries such as primary agriculture, food processing companies and grocery retail will be able to access the funds to help recruit and train workers.

The funding is aimed at connecting workers with in-demand jobs in the agri-food sector in an effort to maintain Canada’s supply chains and keep store shelves stocked during the COVID-19 pandemic.

Harrop said her operation has been approached by laid off people seeking on-farm jobs.

“So, it’s not a simple matter of ‘come on our farm and we’ll give you something to do.’ There’s a lot of training required for somebody that may never have seen a cow and they may never have driven a large piece of equipment.”

While Wellington County farmers aren’t heavy users of the Temporary Foreign Workers program, some local greenhouse and apiary operators do use migrant workers. Though the federal government has created exceptions to border restrictions for such workers and recently announced funds to cover isolation requirements, Harrop said the workers are arriving later than normal and then must self-isolate for two weeks.

“You’re talking about a month delay of them starting the work they normally would do,” she explained.

Harrop points out that some smaller local food businesses are doing well despite the situation.

“We have seen an uptick in the small local food businesses. They’ve actually seen an increase in their business and as long as their supply chains kind of hold out, I’d … encourage people to seek out local foods, to go and find any of the local food in Wellington County and support them during this time. It’s one important piece.”

The added pressures created by the pandemic can impact mental health in an industry that is becoming increasingly conscious of the impacts of stress.

“The physiological side of it; not knowing how long this is going to last,” is among the difficulties, said Harrop.

She pointed out the Ontario Federation of Agriculture has a number of links for programs and supports for farmers on its website.

“So I encourage people to look at that, and also to take the time to reach out and call your neighbour and just say hi and make sure everyone’s okay, because it’s pretty quiet,” she said.