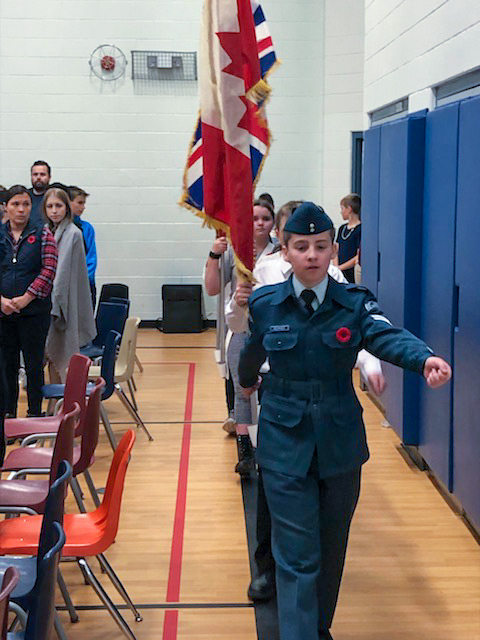 Honouring veterans – St. Joseph Catholic School in Fergus honoured fallen soldiers and veterans during a Remembrance assembly on Nov 11. Senator Robert Black spoke of meeting with Second World War veterans in Normandy, France during D-day ceremonies in June. Black also showed equipment used by his grandfather during the First World War, which complimented a WWI journal read by Rachel and Mason Kaspar from their great-great grandfather.