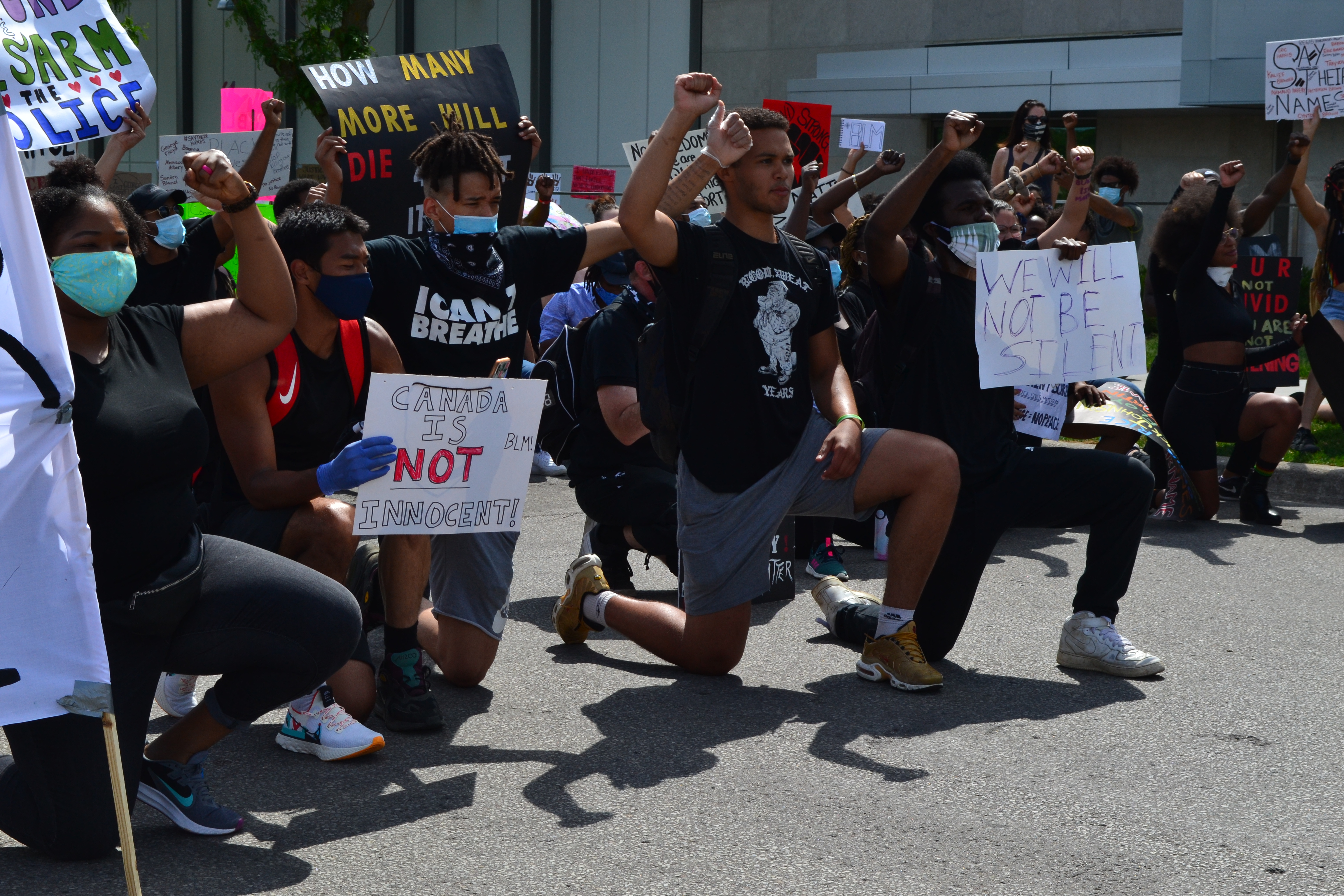 Protesters take a knee in front of the Guelph Police station during the Black Lives Matter protest/march in the city on June 6, 2020. Thousands of people attended the peaceful rally organized by the Guelph Black Heritage Society. Photo by Joanne Shuttleworth

GUELPH – Considering events of the past year and a recent initiative to alter the focus this month from “history” to “heritage,” the Guelph Black Heritage Society (GBHS) is hopeful local residents will help it raise awareness on Black issues – in February and beyond.

Late last year, the society, in collaboration with the Guelph Black Student Association and the University of Guelph’s Cultural Diversity office, announced it will recognize February as Black “Heritage” Month.

For over 25 years, February has been referred to as Black History Month in Canada, following a motion introduced by Jean Augustine, the first Black Canadian woman elected to Parliament.

Since that time, Canadians, have become accustomed to Black history being coloured in strife and tragedy, with the focus often being on slavery.

But GBHS officials are hoping to change that narrative.

“When we talk about history, it’s a lot of focus on the past,” said society president Denise Francis. 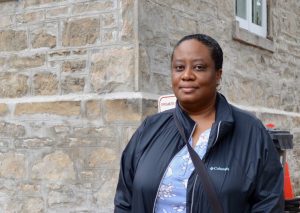 “Over the past year, there have been a lot of initiatives and awareness of our Black community, so while we are not forgetting the past, we need to acknowledge what’s happening today and also look towards the future.”

Francis proposed the change to Black Heritage Month, and the GBHS board of directors, as well as its collaborators and partners, supported the initiative.

Black Heritage Month is the combination of both the rich and varied histories of Black people worldwide and the stories of brave, innovative Black youth that have fought for social change as recently as last summer.

“In 2020, Black activists and community members have once again proved the resilience of Black people worldwide,” states a GBHS press release.

“These social justice warriors have continuously put anti-Black racism at the forefront of society’s consciousness with grace and determination.”

The Guelph Black Heritage Society is continuing its mission to raise awareness on Black issues through its #ChangeStartsNow initiative.

Black Heritage Month this year will feature many free virtual events, including The Aftershock Art Show, seminars on leadership and anti-Black racism hosted by Kitchener MPP Laura Mae Lindo and anti-racism activist and speaker Selam Debs, and workshops on Caribbean dance and improv.