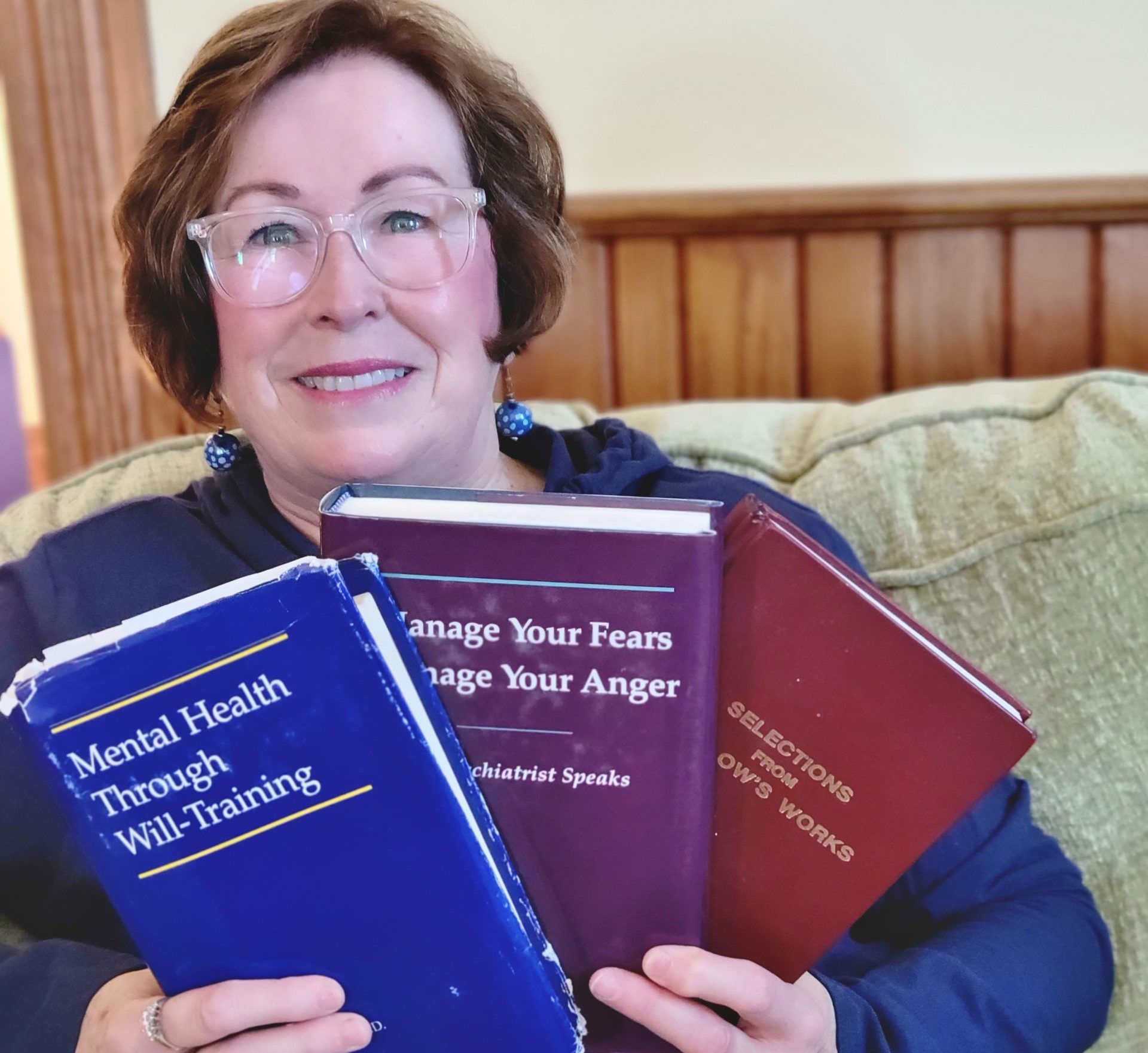 MOUNT FOREST – A local chapter of an international self-help/group support program is now in its 40th year of assisting participants struggling with mental health issues.

And with stress from the ongoing COVID-19 pandemic creating what many experts describe as a mental health crisis, local group leader Donna McFarlane feels the Recovery Canada program has a role to play in helping people work through a wide array of issues.

McFarlane says Recovery “is a wonderful, proven program that helps people who suffer from any mental health issues, to get to deal with their symptoms and to get back to living full, peaceful, relaxed, productive lives.

“So many people become debilitated by symptoms when they have mental health issues,” she adds.

The Recovery program is, at its core, “cognitive behavioural therapy,” says McFarlane.

The concept was originally developed in the 1930s by Dr. Abraham Lowe, a psychiatrist working at the Illinois University Hospital.

“He found that he just had so many people who needed his help, that he just couldn’t give them enough of his time,” McFarlane explains.

“So he developed this program by dividing people up into little groupings and training them to lead the groups themselves.”

While group leaders receive extra training, the whole group demonstrates the program model to everyone who joins.

“It’s not a course that you start on September the fourth and go until December,” McFarlane said.

“You join, you’re learning – I have veteran members who have been with the group for 40 years.”

The local Recovery Canada (part of Recovery International) chapter was started in Arthur by McFarlane and another Wellington North resident, Shirley Suggitt. Meetings were later moved to Mount Forest.

“It will be 40 years in September since we did that because both Shirley and I, and some other people from the area used to drive to Guelph,” McFarlane notes.

“I drove to Guelph for two years. There were three groups there at that time.”

McFarlane originally became involved with the group after suffering from anxiety.

“After a while, because I wasn’t getting good help – probably any help – at that time, it then motored on to depression,” she explains.

Eventually McFarlane asked a doctor “Why isn’t there something for people with problems like this, like AA … for alcoholics? And he said, ‘Oh, my gosh, I can’t believe I didn’t mention Recovery to you.’

“I went right away and I saw that it was really going to help me.”

Recovery International literature explains the program employs a system of cognitive behavioural techniques to change thoughts and behaviours, which leads to changes in attitudes and beliefs.

A few of the suggested techniques include:

During meetings, participants learn to describe events from everyday life that cause distress and explain how they used Recovery techniques to address their discomfort and control their responses.

Attendees then offer comments highlighting the described successful actions and suggest other techniques that might also have worked.

“All Recovery meetings are confidential and the information shared is kept within the group,” states a brochure from the organization.

“The great part about Recovery is it isn’t specific to eating disorders or anything like that. It can help with the whole spectrum: anxiety, depression, bipolar, anger issues … we even have had people sent to us by the courts, who have had anger issues,” said McFarlane.

“Watching these people get their lives back together. It’s a very fulfilling thing,” McFarlane added, noting the local group has members who have been with the program since it began.

“Because what happens is, when you’re a member, a lot of times, people see that you’re helping new people and you have to have veteran members there to demonstrate the method. And they just feel that committed,” she explains.

Since the pandemic began, the meetings have shifted online. When they were meeting in person, McFarlane said average attendance was around 15 participants per session and it has remained close to that since moving to a Zoom format.

However, she notes, attendance has spiked around events of shared public trauma such as the 2018 Saskatchewan bus crash that killed 16 members of the Humboldt Broncos junior hockey team.

“After that happened … the next Monday night 35 people came … and after 9/11, when there are crisis that shake even the most stable person … they come out of the woodwork,” McFarlane said.

“And they don’t stay long term. They listen to the program and perhaps use enough of it to calm themselves down about the issue and they move on.”

While the group mostly consists of people from the immediate area, McFarlane notes the online format has expanded its reach and members are currently attending from as far away as Ottawa, Kingston and London.

There are no fees to participate in Recovery, although small free will donations are accepted to help with the few expenses the group incurs, such as training and brochures.

“It’s never been a group that was funded by government grants or anything like that. It’s always been independent,” McFarlane points out.

In addition to regular meetings, McFarlane said an important part of the program is the option of a mutual aid phone call that can connect a group member with a leader on a 24/7 basis.

The option is helpful when someone is facing a difficult situation “and they just can’t seem to get on top of it themselves” she explains.

McFarlane says the program can offer participants both short- and long-term benefits.

“It’s life skills, that just … transform your life, so long as you’re willing to put the work into it,” she states.

“When you’re trying to stare down some pretty terrifying symptoms, it is hard work, a lot of training, a lot of self-discipline.

“But it is so worth it in the end. I have seen so many people recover and do well.”

While some group members are referred by health care professionals or other agencies, McFarlane stressed referrals are not required.

A lot of members, she notes, hear about the group via word of mouth.

Anyone interested in more information or participating in the local Recovery group should contact McFarlane at 519-323-6272 or mcrobdon@hotmail.com.