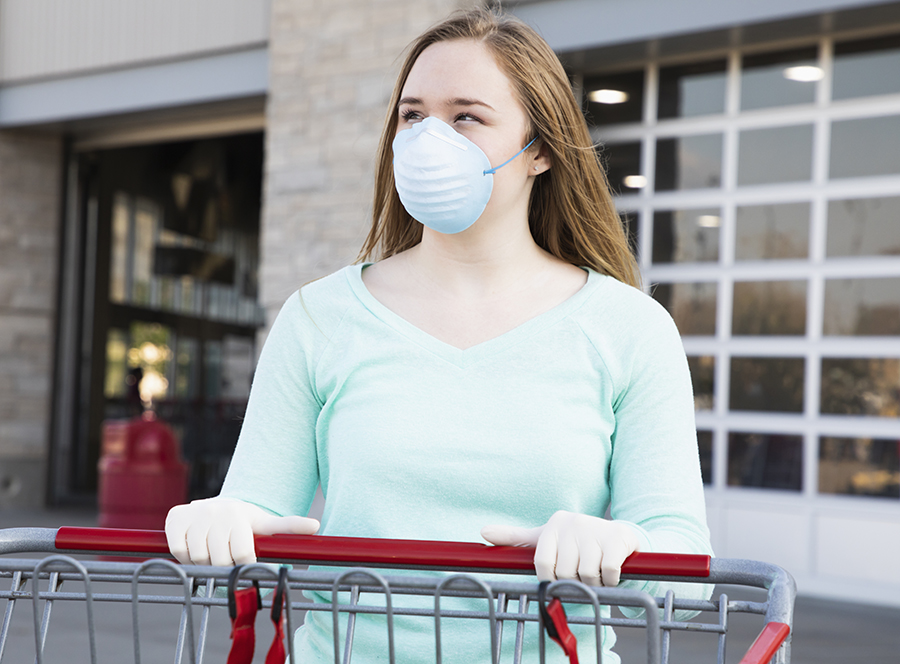 GUELPH – Public health has been fielding questions about face coverings and the role commercial enterprises must play in enforcement, ever since the region’s Medical Officer of Health issued an order June 10 prior to the region entering stage two of the provincial plan to re-open the economy.

There are two parts to the order, Danny Williamson, spokesperson for Wellington-Dufferin-Guelph Public Health (WDGPH), said in a phone interview June 11.

The first is about face coverings

According to the press release, the order requires all persons who own or operate a commercial establishment in the jurisdiction “to prohibit persons from entering the premises … or remaining in the premises if the said person is not wearing a face covering.

The second part is that commercial establishments must provide hand sanitizer for customers at all entrances and exits.

The idea behind the order is for people to have another layer of protection as the economy gradually re-opens and people begin mixing more.

“The more we are out, and the more places we go, the more chance there is to spread the virus,” Williamson explained.

“Masks and face coverings are a tool to limit the spread.”

The order may seem onerous for businesses who wind up having to be the enforcers, but that is not the intention, Williamson said.

“There are a lot of things businesses are expected to do,” he said.

“You can’t smoke on premises, you can’t carry open alcohol, rules like ‘no shoes, no shirt, no service.’ It’s work for businesses, but it’s part of the trade-off of re-opening safely.”

The order includes exemptions for children under age two, people with medical conditions or for whom wearing a face covering would inhibit their ability to breathe.

“Businesses are not required to ask for proof,” Williamson said.

“If someone says they have a medical condition, take them on face value. We want as many people as possible to do the right thing.”

As well, businesses are not required to provide masks to customers – just hand sanitizer.

And Williamson noted the order is about face coverings, which can include scarves or bandanas as well as cloth or paper masks.

Face coverings must be worn while inside a business and not while outdoors.

“This should not create a level of difficulty for people,” he said.

Businesses that do not comply could face fines of up to $5,000.

Again, the order is not intended to be punitive, Williamson said, but to underscore that face coverings are an important public health tool people should be using.

“Our approach will be more on public education than punishment,” he said.

“But the order is serious, and it carries the force of law.”

Williamson acknowledged the messaging around face masks and face coverings has changed over the course of the pandemic.

Early on, the messaging was that wearing a mask could give a false sense of security and could actually encourage people to touch their face, which runs counter to the big message about washing hands and not touching your face.

“The best evidence we have now it that face coverings reduce the transfer of droplets from person to person,” said Williamson.

“It’s a good, low-cost and relatively easy way to reduce the spread of the virus.”

Dr. Nicola Mercer, medical officer of health for the region, stated in a press release that WDGPH is always looking “to balance the economic needs of our region with the health and safety of the public.”

Williamson said public health officials have “heard from plenty of people that they are not thrilled with the order, but no one wants to move back to phase one.

“We don’t want to re-open and then have to close. Masks and face coverings will help us keep moving forward.”

On June 12, the County of Wellington issued an order that mirrors the public health order.

The county order is in effect until the lifting of the county’s March 23 emergency declaration.

According to public health, the best defences against COVID-19 are: