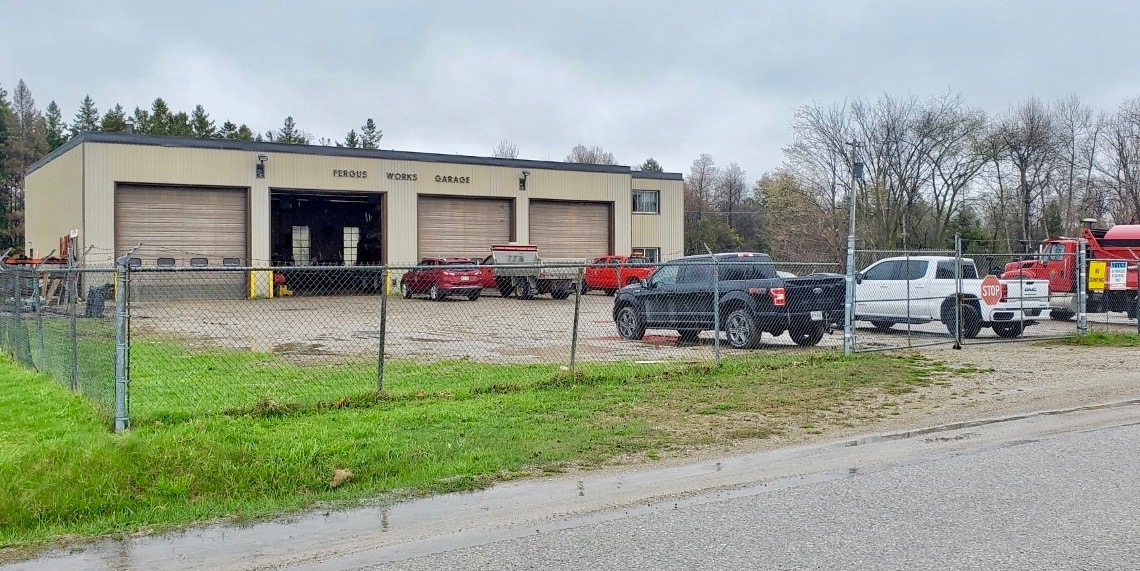 ELORA – Centre Wellington council is considering a $27-million operations centre in Fergus to centralize the township’s public works, parks and recreation, records storage, and IT departments.

But two councillors are skeptical of a draft report presented to council on April 28, with one accusing staff of “manipulating” the way options were rated and the other doubting the financials as presented.

“I’m seeing buzzwords but no bonafide proof,” said councillor Bob Foster. “Where are the savings?”

Councillor Stephen Kitras asked, “Who decides the scoring and weighting?

“It seems the scoring is manipulated to get the result staff wants.”

Currently the operations involved are spread over six sites:

IT is housed in township hall in Elora.

With the township targeted to grow by 30,000 people over the next 20 years, there will be a need for more equipment and staff, said Gilmores, noting there is no room for expansion at current sites.

Colin Baker, managing director of infrastructure services, said the 1999 amalgamation of the villages of Elora and Fergus, and Nichol, Pilkington and West Garafraxa townships into Centre Wellington triggered a study of staff resources and facilities.

That study recommended a single operations depot be constructed within five to 10 years. 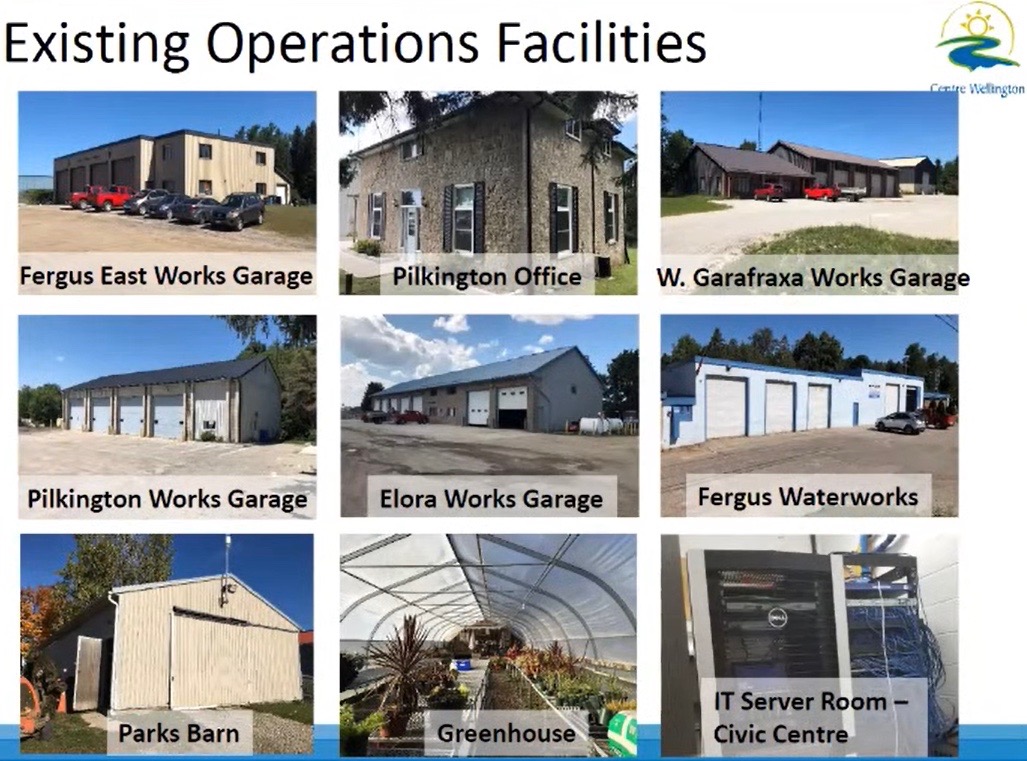 In 2005 a tornado destroyed the works garage in Nichol and the structure was torn down and the property sold, Baker said.

That year the township started to include a new operations centre in the capital budget.

In 2018 the thinking changed to have a new operations centre in Fergus and also to maintain the Elora and West Garafraxa satellite sites.

In 2019, a study eliminated the Fergus works garage at 600 Glengarry Crescent as a potential site and the preferred option presented was to buy a 20-acre parcel of land and build in two phases.

Dan Wilson, managing director of finance, said the first phase would cost $16.4 million and 93% would be covered by development charges.

“It would not impact taxation or water and wastewater charges,” Wilson said.

He added that selling off the decommissioned satellite sites was not part of the calculation.

Baker said the final report will come to council in June and, if approved, staff will begin the site selection process and aim to be “shovel-ready” for the project by the end of 2022.

“That puts us in a good position for post-recovery grants,” said Baker.

In answer to his cost-saving question, Foster was told there would be energy savings with a new building and efficiencies through better interface between departments.

“But it’s too soon to identify the detailed numbers,” said consultant James Makerich, adding this is a high-level study.

Foster replied, “It’s hard to support the report when it doesn’t show how costs will be saved. We can achieve savings by fixing rather than spending.”

Kitras was assured the scoring process is not biased, but he said he’d prefer for the township to partner with Wellington County on a joint project “instead of borrowing $27 million for a Taj Mahal.”

Council was told the county projects it will need to improve its facilities in 15 years.

CAO Andy Goldie told councillors potential sites for an operations centre will be discussed in camera.

The rest of the council was pleased to see the project moving forward.

“Not everything we do is about cost savings,” Mayor Kelly Linton reminded council.

“Staff has made a clear and persuasive case for change. We have something really good to work with.”