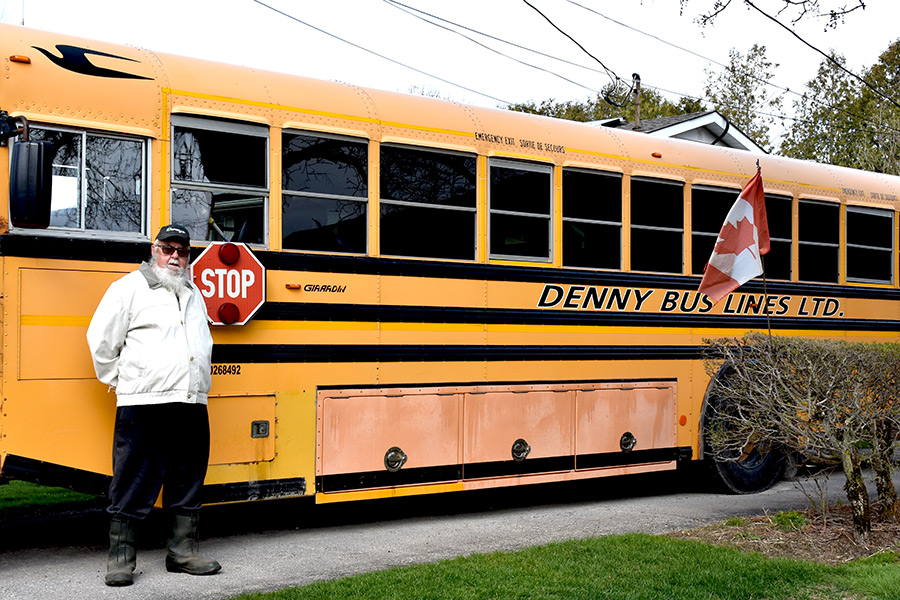 Nominated by several parents and students at the Ponsonby school, Willfang has made a special impression on the school community, not only for being a great bus driver, but for going out of his way to make sure students and children feel safe and welcome.

Nomination letters from parents and students were endearing and emotional.

One parent described Willfang as “the ideal bus driver” while another described him as her “hero” for how he helped her young daughter on her first few days of school.

In nomination letters, students have described him as someone who “makes the bus fun” and someone who “always has a happy face and always listens to me.”

One parent said, “I believe Gary sets all of those kids up for a happy and positive day no matter the morning they may have had before boarding the bus.”

Many parents said they and their children have developed long-term friendships with Willfang, who has been driving his school bus for 10 years.

He has spent eight of those years at Ponsonby.

“I was very surprised and shocked to win the award,” Willfang said. “It’s quite an honour to have won this.”

Willfang has gone above and beyond to help students feel welcome, parents say, especially younger students who are just starting school.

He even takes time during the summer to stop by people’s homes to introduce himself so that students have a positive and welcoming start to their first day of school, when many are quite nervous.

Willfang said this is something he has done for many years.

“The other company that I worked for before Denny’s had a policy to go out and meet the students (before the school year started). They were about the only company that ever did it,” he said.

“Denny’s doesn’t really recommend it as a policy, but I love it. I like meeting the kids and all that before the school year starts.

When he visits students the week before school starts, Willfang prints each new student a letter. In the letter he gives them a complete run-down of the bus company.

He includes his name, an emergency number, pick-up and drop-off times, and a few simple rules for the bus (such as having the younger students put their name on their belongings).

“This is the first year I gave them my cell number in case they weren’t going to be on the bus,” Willfang said.

“Often if they call the number of the bus company it takes too long to get to the driver, and it causes unnecessary waiting for everyone.”

Willfang is very enthusiastic about his job and wants to get back to driving the bus as soon as possible.

Schools are currently in remote learning due to the pandemic.

“With the effort that the school board, and especially Ponsonby itself has made (to keep students and staff safe) I believe the kids are safer in school,” he said.

“I feel they need that socializing; sitting at a computer for six to seven hours a day learning is not healthy for them, I don’t think.”